Football is arguably the most-watched sport in the United States. Every weekend, people tune in to see players put their talents on display. Many times, players display more than just their talent when they decide to wear jewelry, too. This leaves many people asking, "Can football players wear jewelry?" We've done the research to give you the answer.

Even though we have answered the basic question, some interesting nuances deserve further explanation. The rest of this blog will discuss these and give you the information you're seeking, so keep reading. 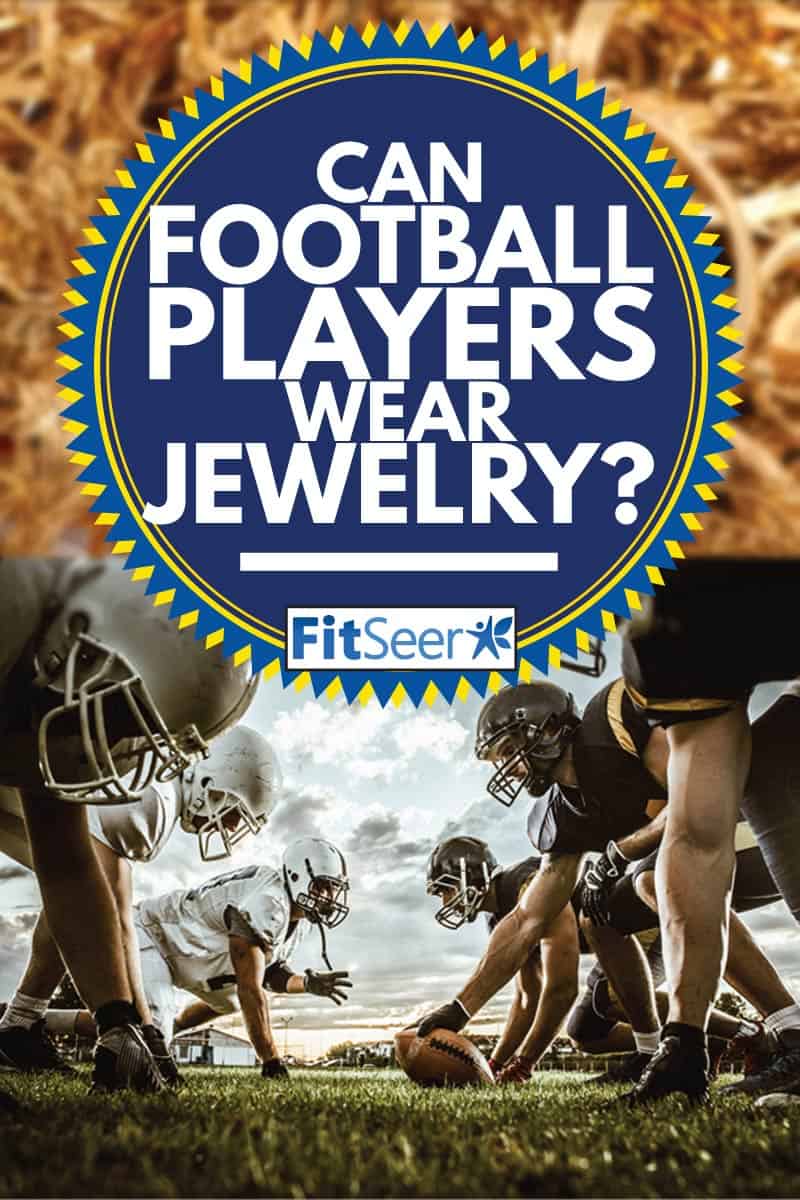 The NFL has a lot of rules. These rules pertain to just about every aspect of how you act on and off the field. They include rules about how to wear jerseys, the way pads must be worn, and the types of facemasks that players can or cannot wear.

In fact, there are entire roles dedicated to ensuring that players comply with these rules. Uniform inspectors are on-site on game days to help keep players in line.

These uniform rules can be extensive and stringent, but they exist for two main reasons: to promote player safety and to protect the league's image. Players not in compliance receive warnings and are usually given the chance to resolve any issues. However, when they fail to comply, individuals (or teams if the issue is widespread) can be fined. The NFL's message is simple: either follow the rules or pay the price.

Can Players Wear Earrings In The NFL?

Many associated with the league often derisively stated that the NFL stood for the "No Fun League." Allowing players to show some individuality is one way that the league has sought to change its image. Despite the exhaustive and comprehensive nature of the rules pertaining to uniforms and equipment, the NFL does not have a specific rule regarding earrings. The decision on whether or not to wear earrings during a game is left entirely up to the player himself. In a league where uniformity and common appearance are so greatly valued, the decisions to wear or not to wear earrings are one of the few ways players can freely express themselves.

Some players choose to remove their earrings during games. Others choose to put tape over their earrings if they do decide to wear them. The tape is used to help prevent part of the earring from getting caught on the pads inside of the helmet and inadvertently being pulled or ripped out during a tackle.

The more adventurous players choose to wear their earrings as they normally would. Many wear diamond studs or hoop earrings. Others are even more daring. In fact, one player became somewhat infamous for wearing dangerous-looking spiked earrings. Wearing earrings during a football game seems to be a calculated risk, at best. However, players throughout the league wear them and there have not yet been any famous incidents of player injury related to their wear.

Earrings are not the only pieces of jewelry that you have likely noticed NFL players wear. Because there are no specific rules or regulations against jewelry, some players choose to wear chains or necklaces. After plays are over, you may notice an individual attempting to tuck their necklace or chain back into their jersey or under their pads. Though they are okay with wearing the jewelry during the game, it's clear that they don't want it to get broken!

Why do players choose to wear these expensive or emotionally significant pieces during a game where they are at risk to be damaged? Sometimes they are worn due to superstition. Other times, players may wear a chain because it has some emotional significance or importance for them. Sometimes, players just wear them because they like the way they look and they're willing to risk damage.

Interestingly, to this point, there has not been a famous incident involving a broken chain or an injury related to a player wearing a chain. It's probably reasonable to assume that should something like that happen, the NFL would closely review its rules and policies and potentially begin to enforce some types of limitations or restrictions.

Other Types Of Jewelry Players Wear

Thanks to the change in style and the popularity of silicone wedding rings, many players now wear their wedding rings during games. Players like quarterbacks Derek Carr and Kirk Cousins and running backs like David Johnson wear their rings while they play.

These silicone rings are scratch-resistant, durable, and inexpensive. This makes them the ideal type of jewelry to wear in a contact sport like football.

Check out this silicone ring on Amazon.

Though the NFL does not forbid players from wearing jewelry in games, occasionally interesting developments occur. Perhaps the most well-known incident related to an NFL player and jewelry happened in a game between the Tennessee Titans and the Cleveland Browns on September 9, 2019.

Throughout the entire game, the Browns' wide receiver, Odell Beckham Jr., played while wearing a watch. After the game, the NFL let the team and Beckham know that wearing the watch was not allowed. But, since there is no rule against wearing jewelry, what was the issue? The NFL said that there is a rule forbidding the wearing of hard objects.

Beckham Jr., at the time, said that he would continue wearing the watch -- even though it is against league rules and also was determined to be valued anywhere from $190,000 to as much as $350,000! The next week, during pregame, he wore a watch believed to be worth more than $2,000,000, though some believed it was a fake. He did not play the game while wearing the watch and was forced to change the visor shield on his helmet because its color was not allowed.

Beckham Jr. argued that his watches were made of plastic and not metal, so they did not violate the rule against "hard objects." However, it does not appear that Beckham Jr. has continued to wear watches during pregame warm-ups or actual games since.

While the NFL does not specifically outlaw jewelry, college athletes are not allowed to wear it. The student-athletes face tighter regulations than their professional counterparts because they are considered amateurs. Not only are the regulations tighter, but the budgets of the student-athletes are much smaller than their professional colleagues. There are very few college athletes who can afford to spend exorbitant amounts of money on jewelry.

Chains and necklaces are easier for officials to spot in the course of action. However, earrings can be more easily concealed. That's why you occasionally see some college football players with earrings. Some may cover them with tape to protect their ears, others may forget to take them out before the game, and some simply leave them in and realize that since most officials only see them while wearing helmets, they're likely to go unnoticed.

Since there are no specific consequences listed in the official NCAA football rules, many players and coaches don't spend a significant amount of time worrying about whether a player is wearing earrings or not. However, it is the preference and position of the NCAA that no jewelry be worn during an official contest.

Jewelry is frequently worn by athletes in several sports. Professional football is no exception. There are no specific regulations against it, so long as a player does not try to wear what may be considered a "hard object." College football is a different story as student-athletes are not permitted to wear any type of jewelry when they play. Some players do successfully skirt the rules from time-to-time, though.

Now, the next time you watch a football game, you can know with certainty that only NFL players are allowed to wear jewelry!

Before you go, be sure to check out these other articles that may be of interest:

Can You Play Sports With AirPods?

Can You Wear A Life Jacket While Surfing?

What Do You Need For Pilates At Home? [The Complete List]

How Long Should A Pilates Exercise Mat Be?

Can You Wear Basketball Shoes For Volleyball?

Can Football Cleats Be Used For Running?