Football season falls during the coldest time of the year. If you've ever gone to the game, you probably remember sitting in the stands bundled up while cheering for your team. You may be wondering if football fields have heated lines to keep the snow off the field during the game. We've done the research to answer this question for you.

Not all football fields have heated lines. In fact, there are only 16 NFL football fields that have any field heating systems at all. Here are five of the most well-known heated stadiums:

How much of the field and what field lines are heated depends on each stadium's heating system. We will take a look at each of these stadiums more closely to show you how their heating systems work. We will also explain how non-heated stadiums manage snow during games. 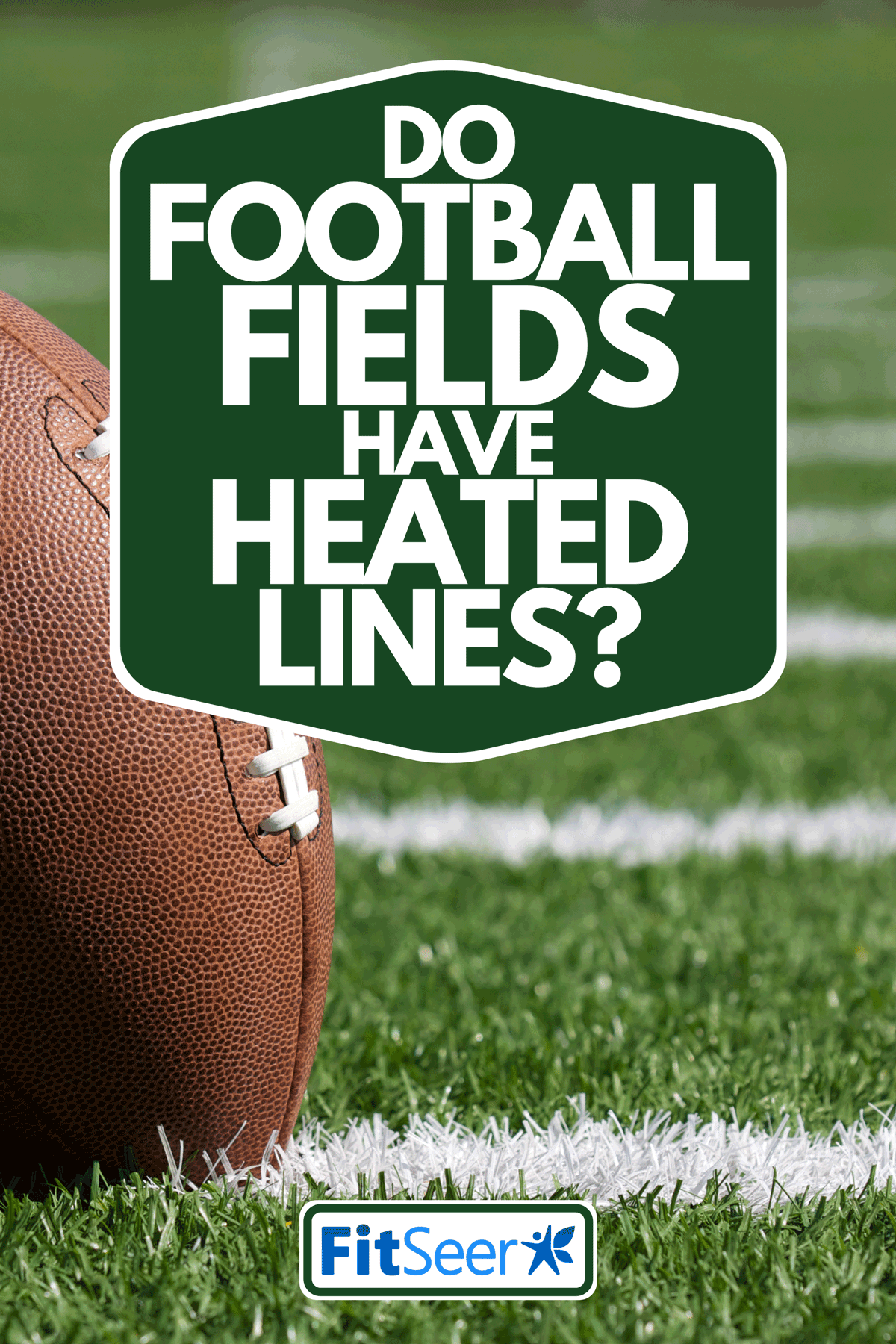 As one would expect, most heated stadiums are located in the northern, colder parts of the country. From full-field heating to heating systems designed only for the stadium's seating, northern stadiums are in different phases all over the technology spectrum to manage cold weather during games. 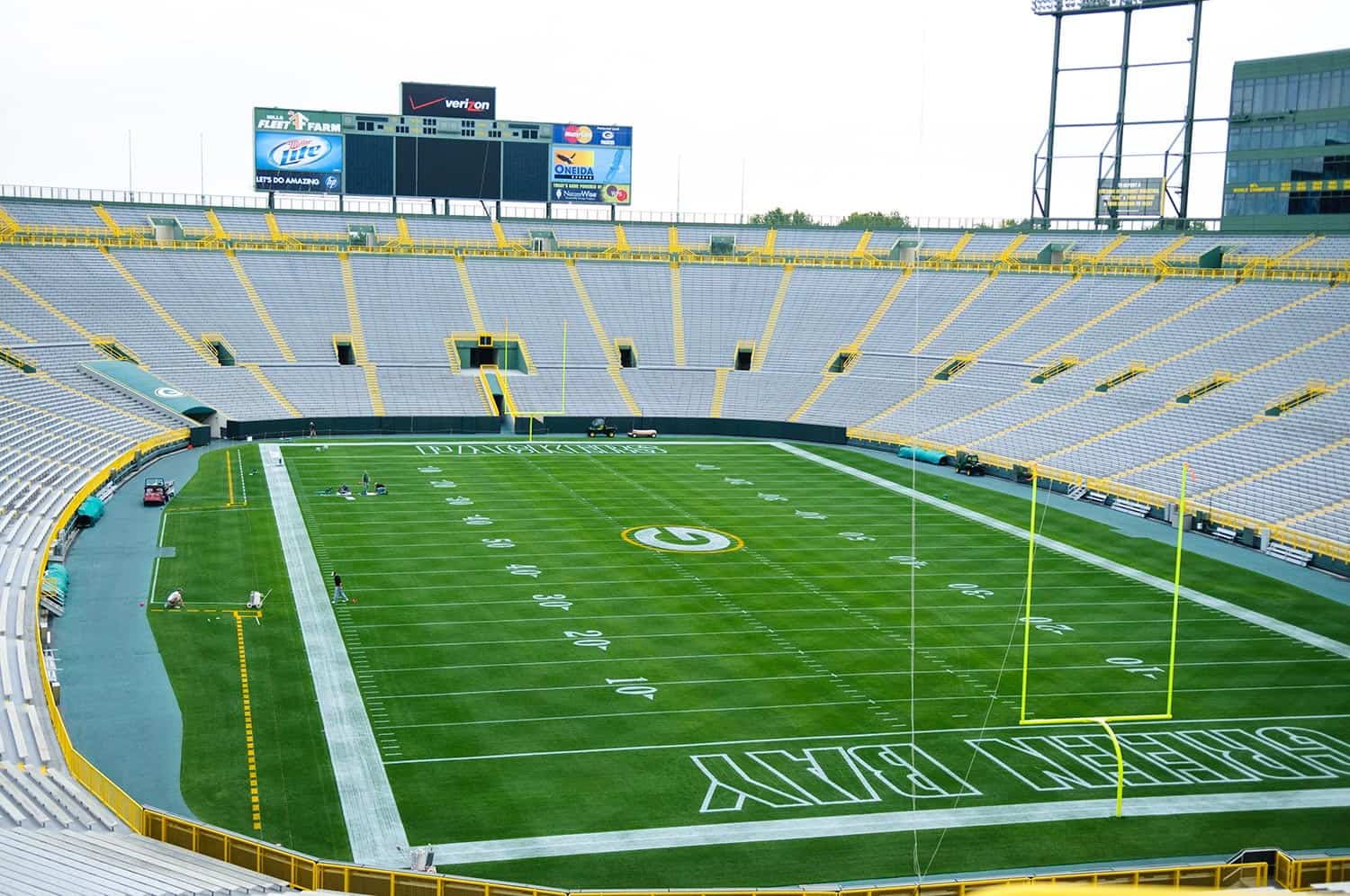 NFL News states that Lambeau Field, located in Wisconsin and home of the Green Bay Packers, was the first field to have a heating system installed in 1967. An electrical underground heating system prevents the turf from freezing during games.

After many upgrades and improvements, a new heating system with antifreeze-filled pipes along with a synthetic fiber and sod blend turf protects the field from freezing temperatures.

The heating system in Lambeau Field is efficient enough to keep the entire field, including the lines, in playable condition. 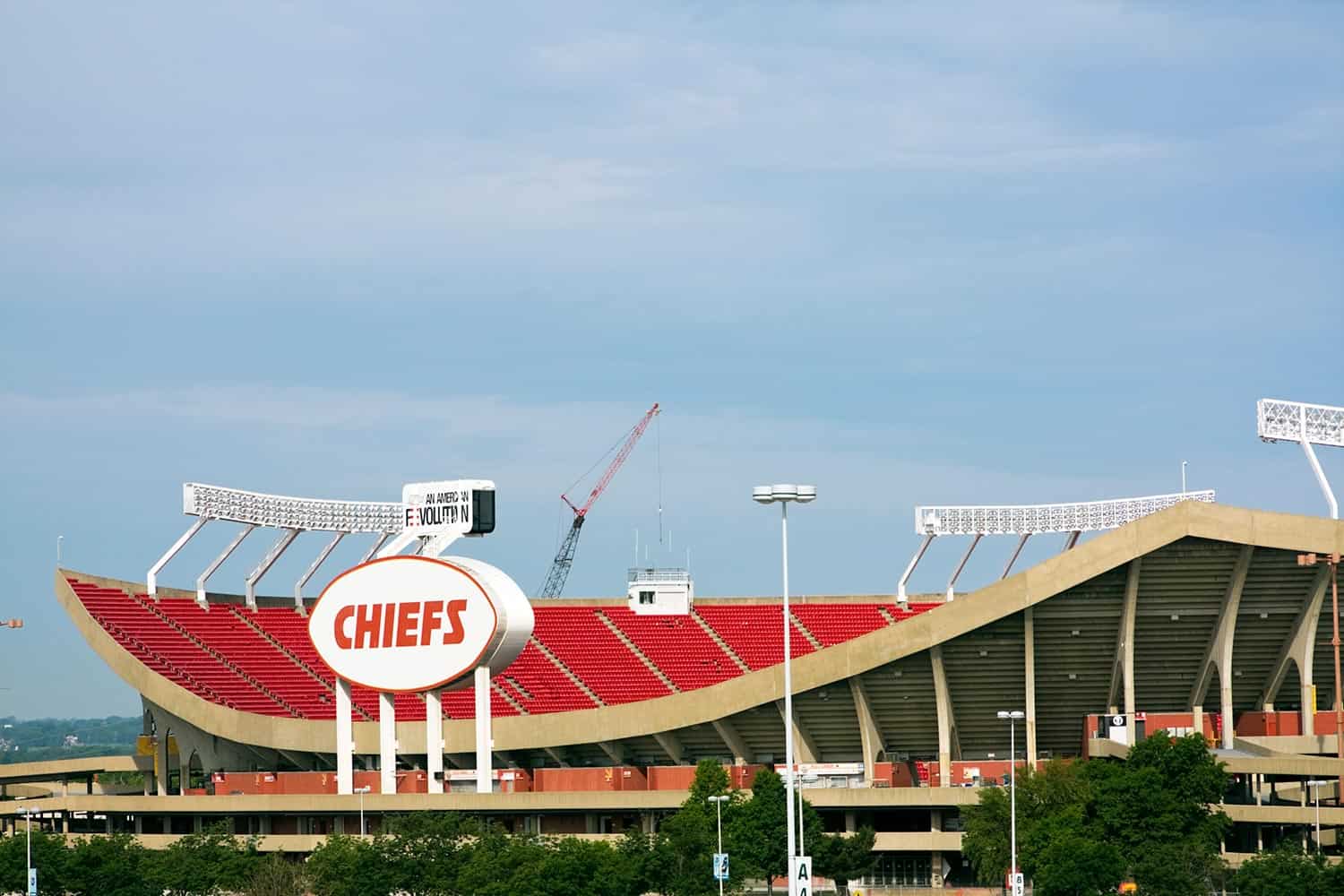 The field takes quite a while to heat up to the desired temperature, but grounds crews can ensure that the system is on with enough time to warm the field before a game.

The heating system at Arrowhead Stadium keeps the entire field warm, but since the boilers are located under the bleachers by the players' entrance, the players and spectators benefit from the heating as well.

Certain seating areas had been saved for Buffalo Bills' season pass holders to give a more enjoyable experience, equipped with heated seats. In 2013, the stadium eliminated heated seats and installed radiant heaters above the seating areas.

These heaters provided more widespread heat, warming up a greater percentage of the spectators than the individualized seat heating systems.

The heating system at Highmark Stadium focuses on warming the spectators in the seating areas, not the field or player areas. So, none of the lines on the stadium's field are heated in any way. 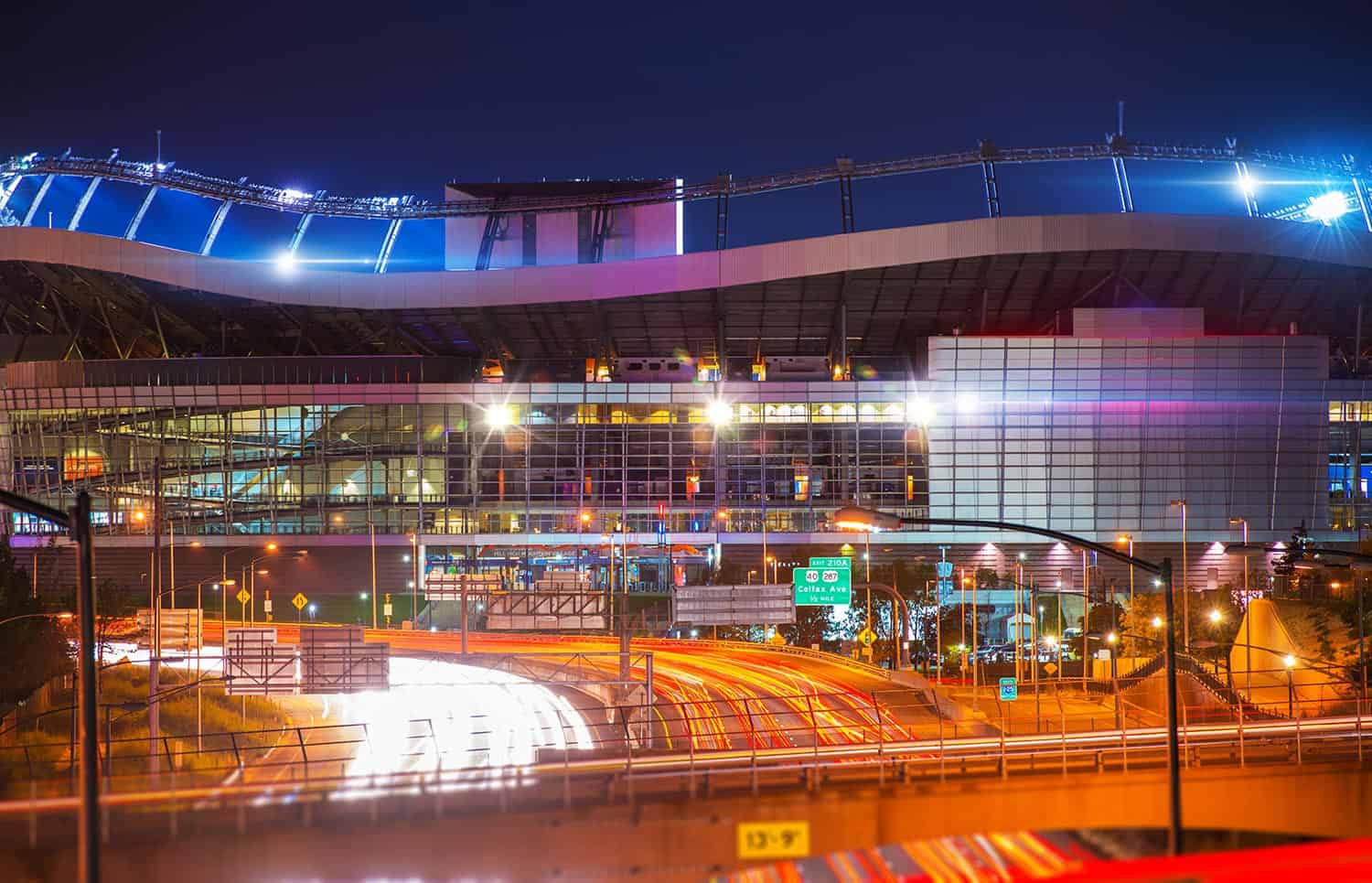 The Denver Broncos' Mile High Stadium in Colorado utilizes underground hot water tubing to warm the playing field during the winter months. The system also utilizes a drainage system to prevent flooding from rain and snow on the field.

Because Mile High Stadium uses an underground tubing system, it can heat the entire field, including the field lines. 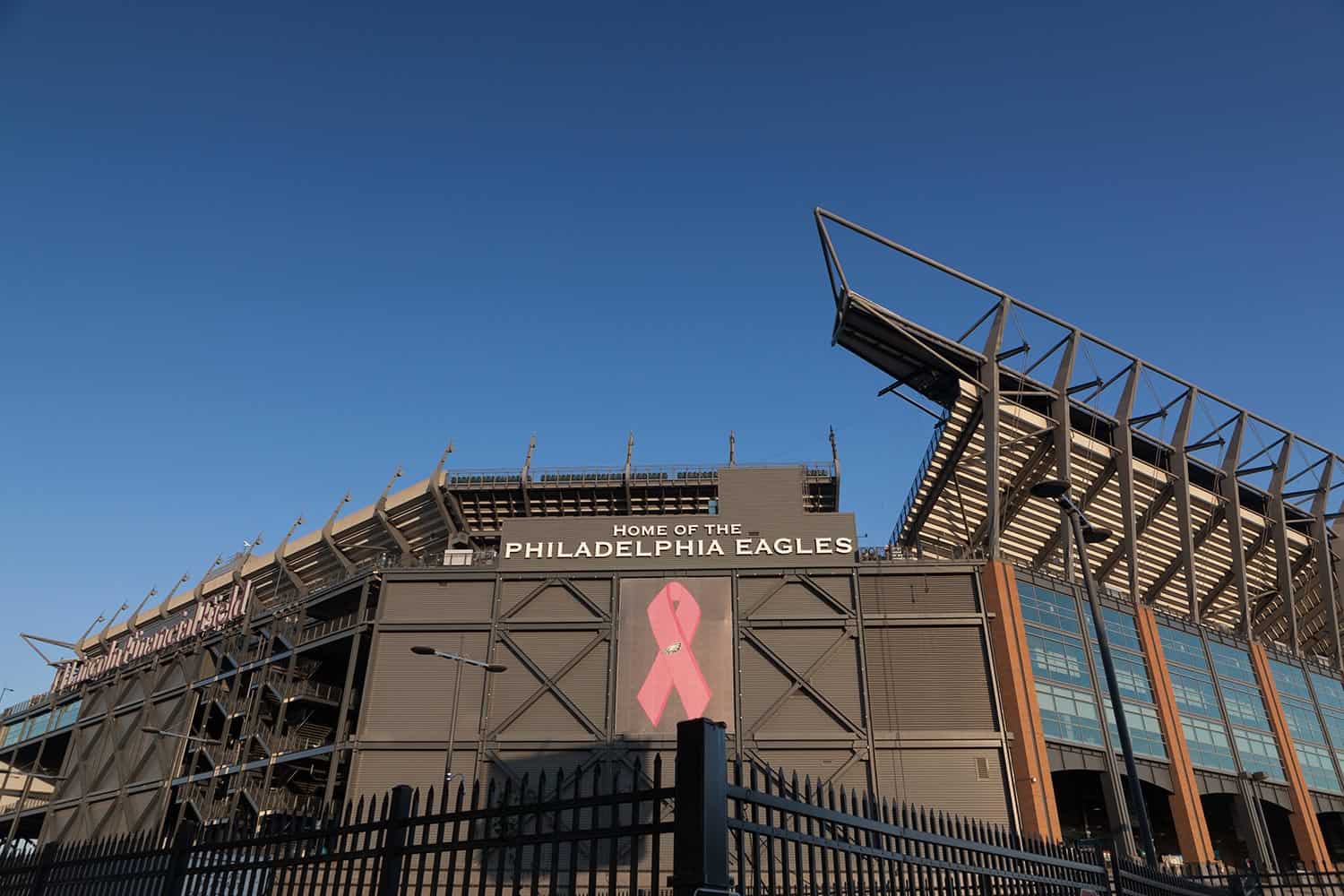 Lincoln Financial Field, home of the Philadelphia Eagles, uses a complicated heating system to keep the field warm enough for games. The heating system consists of piping connected to boiler systems; it also includes sensors so that it can warm different field zones as necessary.

While the field lines are incorporated into the overall heating system, they don't all necessarily heat simultaneously. The heating system saves money and energy using sensors to detect each portion of the field's natural temperature and conditions. Then, the system only heats the areas that need to be heated.

When you think about heated fields, you might imagine comparing them to the year-round comfort of fields in the southern states. However, heating an entire football field is a tall order.

A lot of time, money, and energy goes into making the field simply playable. Turning a field in Wisconsin into one that is comparable to a field in Miami is impossible. Let's take a look at how the heating systems work.

Heating systems begin with a network of piping installed underneath the field's surface. These pipes connect to off-field underground boilers that pump hot water through the piping. Some systems, such as the one installed in Lambeau Field, also use antifreeze to make sure the piping system doesn't freeze up.

If you've ever used a heater or air conditioner in your home, you know that it is necessary to have a way to drain the excess water that forms in the system. Many stadiums use a sand-based root zone system to facilitate drainage.

That means that the field's roots use up the excess water for nutrients and growth. The sand in the root zone system encourages airflow and root growth.

Some systems have thermostat-like mechanisms that automatically engage the system at a certain temperature, while others rely on manual operation. Either way, it can take days for the heating system to heat the field fully. In order to speed up the process, some ground crews cover the field in a tarp to further concentrate the heat.

The ideal field temperature, and the method to achieve that temperature, vary based on the preferences of each stadium's ground crew. Some ground crews keep their field just above freezing to discourage snow but keep the turf firm. Other crews prefer higher temperatures closer to the 50s.

How Does The NFL Keep Snow Off The Lines?

The heated football stadiums use their underground heating systems to keep snow off the fields. For stadiums without heating systems, groundskeepers follow strict rules for removing snow, so they don't interrupt the game or give an unfair advantage.

The NFL only allows snow removal from the lines when it is necessary, such as when the lines are not visible. Groundskeepers can only use manual tools such as brushes or shovels to clear the snow during a game.

Sometimes, snow blowers run during breaks in the game. Players may clear snow for their immediate space with their hands or feet if they need a clear surface to make a play.

No, the players cannot see the yellow line on the field when playing a game. The yellow line is a digital enhancement that only television viewers can see since it is added by the broadcasting company televising the game.

Sports Illustrated explained that a green line has been proposed to benefit live spectators, but it has not been implemented yet. Again, though, this would be able to be viewed by spectators, not the players.

How Do They Paint The Lines On A Football Field? 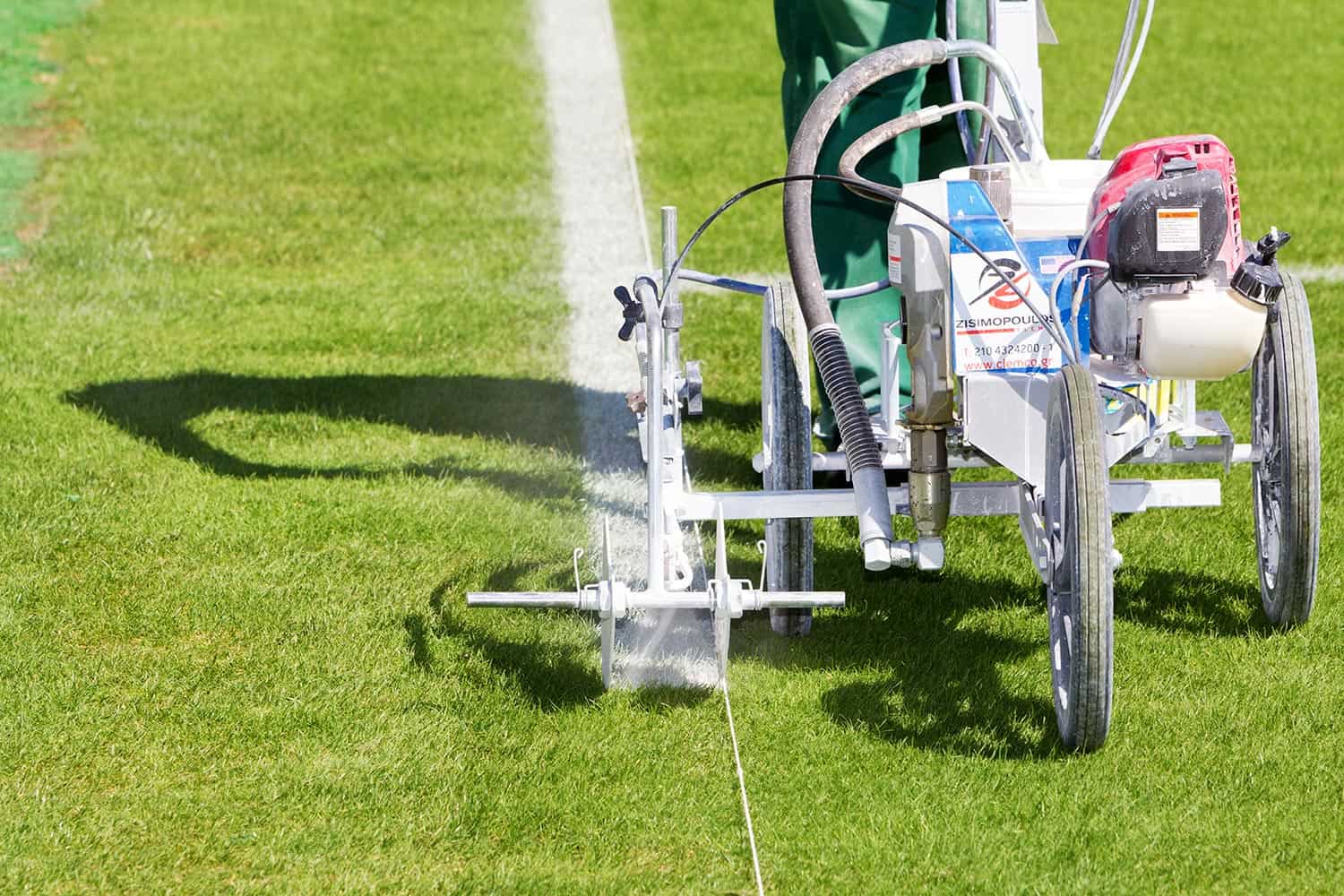 First, lines must be measured and marked out on the field using a measuring tape. Then, the field painters use striping machines and specially formulated latex-based paint to paint the lines on the field, using the measuring tape as a guide.

Check out this video for a demonstration:

Football teams in the southern states can play their entire seasons without having to worry about freezing fields and piled-up snow. Those teams with stadium in the northern states are not so lucky.

Under-turf heating systems are becoming more prevalent in the areas largely impacted by snow. These systems use a variety of methods to make the turf conditions safe and comfortable for players.

For more information about football field maintenance, check out "How Do Football Fields Stay Green?"

And, if you want to stay looking sharp on the field, check out: "Does Painting A Football Helmet Void Warranty?"

Why Do Football Helmets Have Face Masks?

How Often Should I Clean, Sand, Or Resurface My Bowling Ball?