When you watch a football game, often a receiver makes a spectacular catch. Some wonder how they do it; others know that the gloves give a little bit of grip help. Have you been curious as to if the gloves lose their grip over time? We've found the information needed to satisfy your curiosity.

Throughout a football game, dirt and turf debris often find themselves on a player's gloves. This slowly decreases their glove's grip. But a player can get the grip back simply by wiping off their gloves.

Continue reading to gain a better understanding of the grip of football gloves. 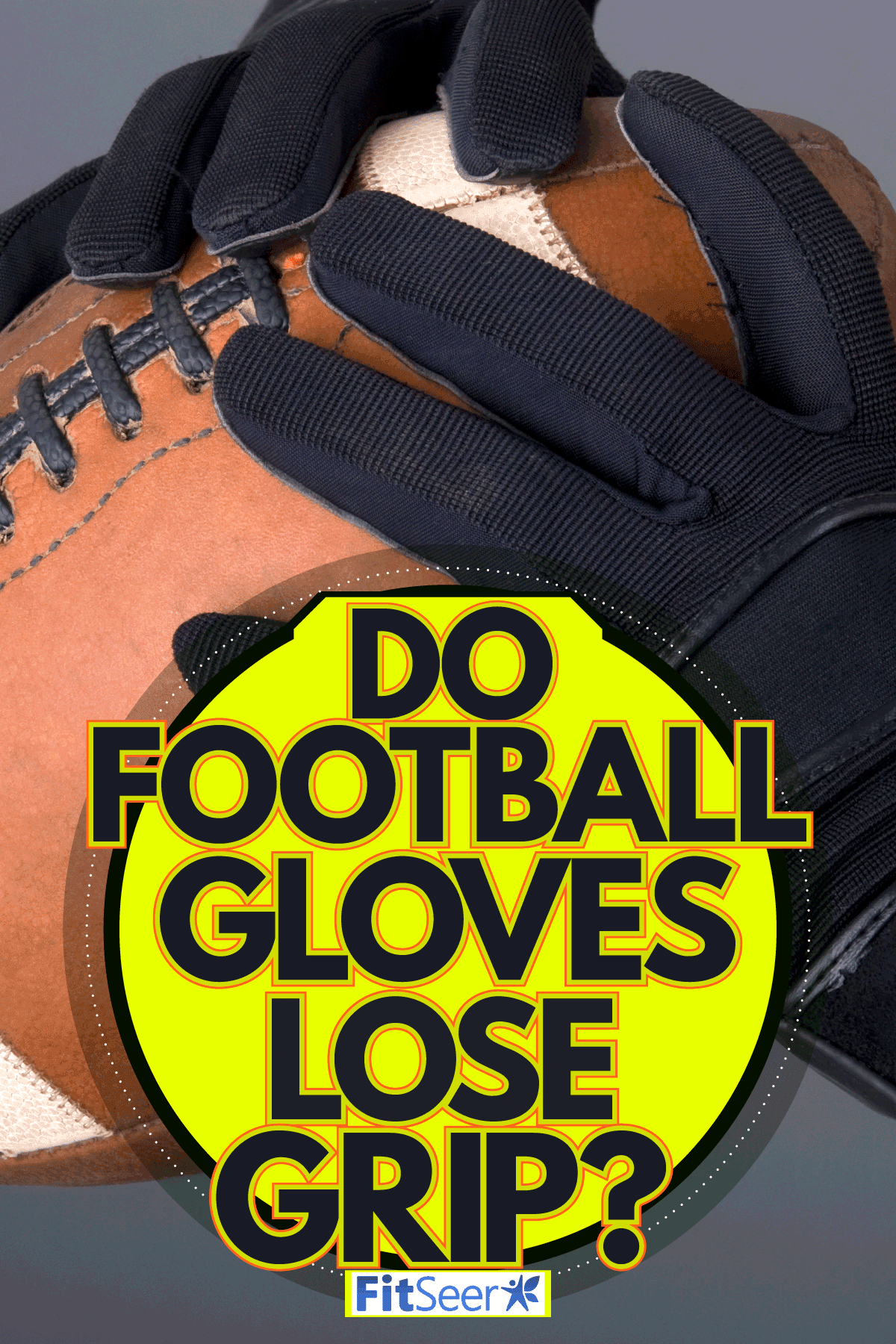 How Long Does a Football Glove's Grip Last?

If players want to make the most of their set of gloves, they should have one for practice and one for the actual game. After heavy use of a pair, you should clean them properly. Doing both will extend your gloves' grip over time, reducing typical wear and tear. We'll share more about proper cleaning methods later in the article.

A typical pair of football gloves will last for around three years, assuming proper care. However, you should get a new pair every new season. This will give you optimal catching performance on the field, especially if you play receiver, tight end, or defensive back.

Make sure to invest in a quality pair of gloves. Poor quality gloves won't last nearly as long. The grip on cheap gloves will surely suffer the more you play.

The grip will remain present during a game or practice, but turf debris will get your gloves dirty. How much that debris impacts the grip determines how effective the grip will be. The grip itself will last for as long as the gloves are usable. Once wear and tear begin to take its toll, the grip will reduce as well.

This is why we advise that athletes get a new pair of gloves before starting a new season. The newer the gloves, the better the catching performance on the field. 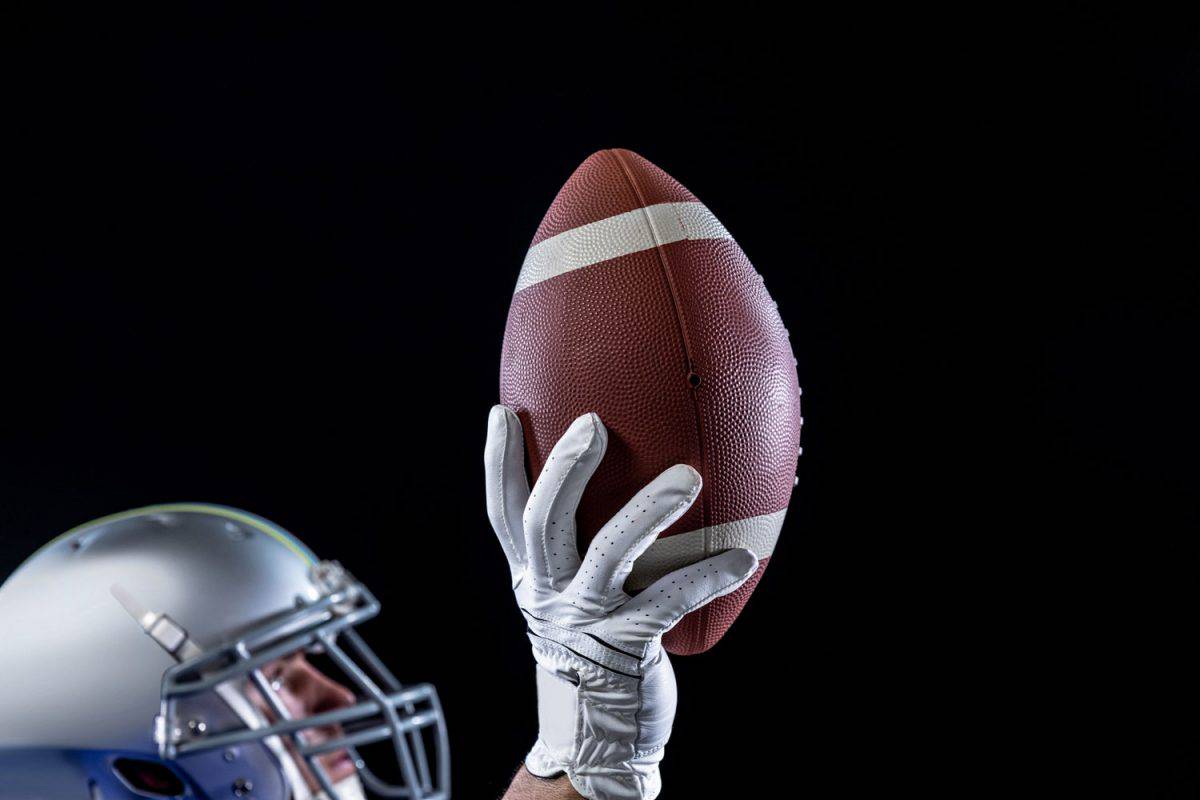 Sticky football gloves are a somewhat recent invention. In 1999, a Canadian receiver developed the polymer that makes the gloves sticky. N.Y. Times requested a study to show how this polymer grips 20% better than bare hands.

The new wave of football gloves became popular amongst receivers. Then not too long after, defensive backs started using them. Then linebackers, running backs, and even quarterbacks. It's become so common now that it's rare to see a player, not sport gloves. That's why when you watch a game, the reason a player makes a spectacular catch is partly due to the gloves.

The polymer that lets players make insane plays is silicone rubber. Silicone is a material used in things like sealants, adhesives, kitchen utensil handles, and castings. According to Life Without Plastic, the material is easy to clean, durable, and, most importantly, water-resistant.

For some teams, this material is perfect. Teams that play in cold climates like the Denver Broncos or New England Patriots face a disadvantage due to the weather. These gloves help players hold onto the football, making it easier for quarterbacks to throw and receivers to catch.

For a player to get the max grip from their gloves, they need to know the proper way to care for them. Below, we'll be covering some of those steps.

How do you get the Grip Back on Football Gloves?

As we've mentioned, regular play will progressively make the grip less effective. Players get tackled, they land their hands on the turf. Occasional rubbing against the ground can get the gloves dirty. Sometimes the turf is wet due to rain or snow.

In any case, the gloves will slowly lose grip since the dirt is in the way of the silicone.

To get that grip back in your gloves, you need to get the dirt off. If the gloves feel less effective, then step to the sidelines after the play ends. Find yourself some water, then pour it on your hands.

Once you've washed off the dirt and debris, rub your gloves together. Doing this will remove any lingering oxygen and excess water; too much of either will hinder the glove's grip ability.

You'll want to do this every so often in a game. The grip on your gloves will be there mostly all game, but keeping them clean and dry provides you the best experience.

Additionally, you can apply some grip strengthener to your gloves. This product comes in the form of spray or gel. To apply the spray, do a quick spritz on the grip side of the gloves; it's convenient because it'll dry almost instantly. To apply the gel, rub it in your gloves like you would sanitizer; the gel leaves a film that helps restore the gloves' stickiness.

Should I Spit on my Football Gloves?

The only hiccup with the washing-off advice we just shared is when you're in the middle of a drive. For example, if you're on offense trying to get downfield quick, you don't have time to get water to clean gloves mid-drive.

You might have to run no-huddle. There isn't enough time on the play clock. You need to know the next play, and stepping to the side won't work. Do you think there's time to wash your gloves during your drive?

No. That's why you might have seen a few football players spit in their gloves. Since they don't have time to clean the gloves, spitting in them is the next best thing. They spit, wipe the gloves together, and resume the play. You'll normally see players do this before a snap, during a huddle, or after a down.

So if you're on the field and your gloves feel a little slippery, go ahead and spit in them. It'll give you a short boost in your grip, at least until you can get to the sidelines.

How do you Clean Football Gloves Without Losing the Grip? 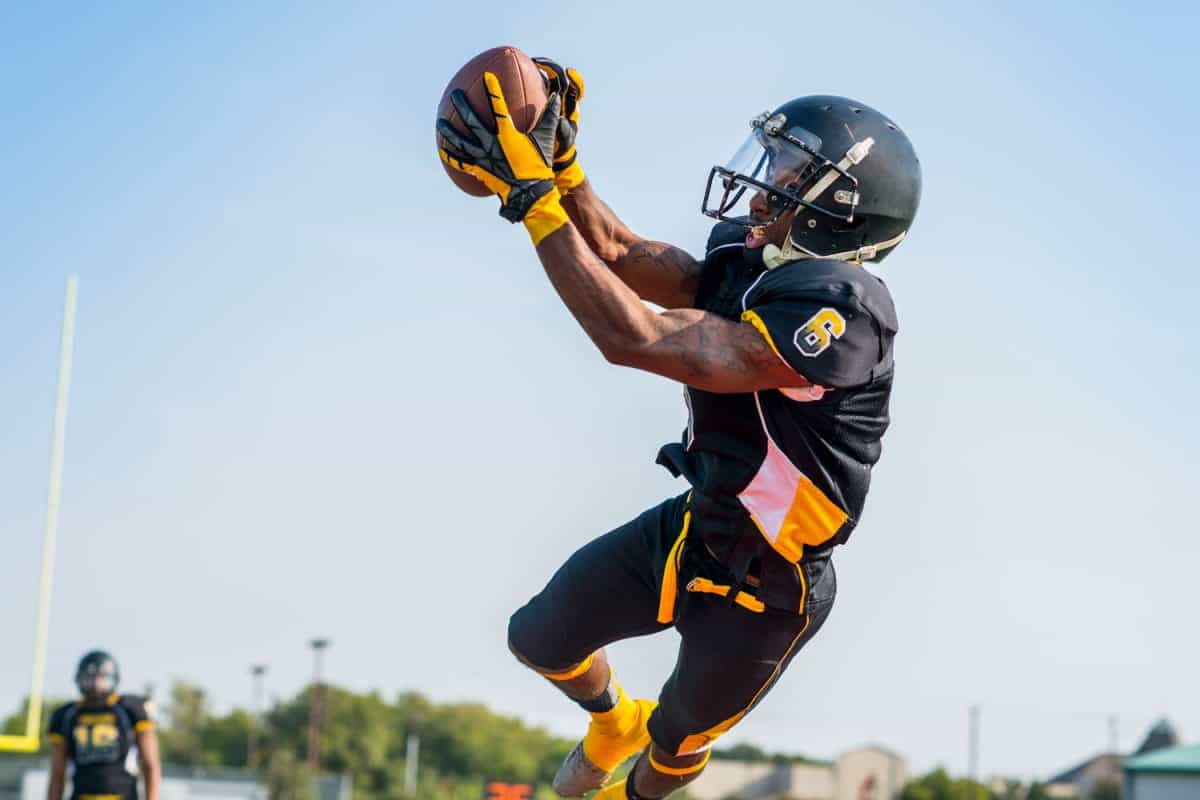 To get the most of your gloves, you need to keep them clean. Since it's super easy to get them dirty, you'll want to clean them after each use. But there are different ways of cleaning them, depending on the situation. Below, we'll share some of those ways.

Once you're done using your gloves, brush or wipe off any remaining dirt. Spend a little extra time doing this if you just finished playing on natural turf.

After that, use a wipe and wipe it clean. But give extra wiping to the gripping areas since that's the area that needs to be the cleanest.

It won't dry immediately, so make sure to place the gloves in direct sunlight or heat.

Before considering this option, check the glove's label. It'll tell you whether you can machine wash them or not.

If it's safe to wash, then toss them in the washer. To protect the gripping materials, turn them inside out. Also, consider putting them in a lingerie bag.

When you start the wash, put it on a gentle or delicate setting. The lingerie bag is optional but strongly recommended. This is to further protect the gripping side of the gloves.

Once they're finished washing, do NOT toss them in the dryer. These must be hang dried. The heat from the dryer will damage the gloves.

Begin by filling a sink or tiny bucket with water; keep its temperature at or below lukewarm. Add some soap or detergent to the water.

Place the gloves in the mixture and push them down. Once they're in, let the gloves soak for a couple of minutes. After the soak, carefully scrub the gloves with your hands. Be gentle with it, so you don't damage them.

Once washed, rinse them in fresh water, then let them hang somewhere to air dry. Keeping them by a window is an excellent location to let them dry if sunlight can shine through. 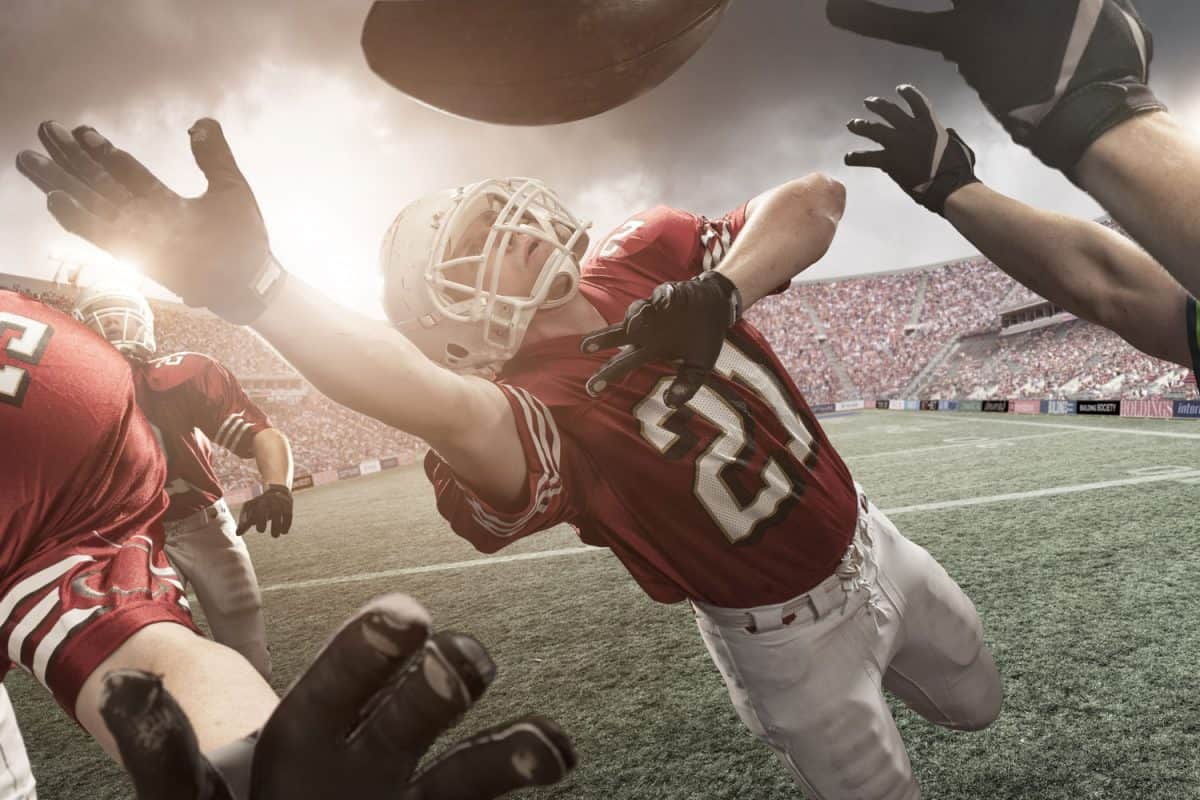 Football gloves have made some major changes over the last two decades. They're the reason for some of the craziest catches in the game today. That grip may decrease slowly over time, but these tips will keep your pair as gripping as possible.

Feel free to check out a few of our other articles:

"Can You Use Football Gloves For Baseball?"

Should Soccer Cleats Be Tight?

Pilates Mat Vs. Yoga Mat – Everything You Need To Know