If you've ever watched a professional football game, you've seen the coaches talking through a microphone. You may think they're talking to the staff, but they're supervising the offense. If that's so, you're likely curious if football helmets have speakers. After doing the research, we've found the answer you're looking for.

Generally, football helmets don't come with speakers. However, certain key players on the field will have speakers in their helmets. The speaker will be in one offensive player's helmet, usually the quarterback, and one defensive player's while on the field.

Continue reading to understand the concept of football helmet speakers. We'll also cover some other common questions when it comes to football helmets. 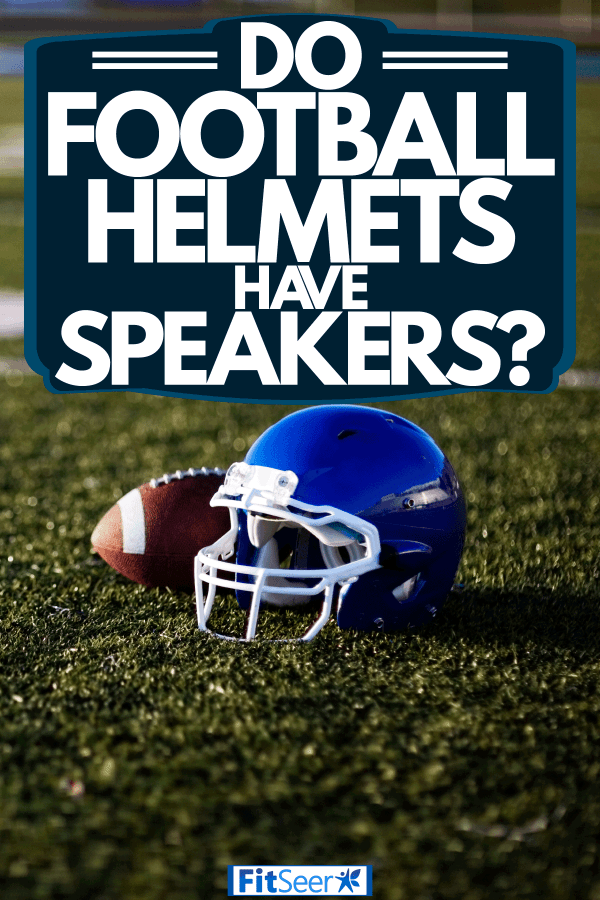 Do College Football Helmets Have Speakers?

The use of speakers for communication during a play is illegal in college football. The same goes for youth and high school.

For some college teams, the use of speakers would be ineffective even if it was legal. Some opposing teams have fans that make the stadium so loud that a player probably couldn't hear the speaker anyways.

In some cases using these are better than speakers. According to VIQtory Sports, it throws off, confuses, and tires out the defense. The faster you move, the more out of sync the opponents become as fast-paced as football is. That opens the door for a big play to happen.

However, overuse of signals and signs can negatively affect the offense as well. Too many rapid play calls will tire out key positions on the offense, leading to less effective plays or more punting to the opposing team.

Do NFL Players Have Headphones and/or Microphones in Their Helmets?

Some NFL players are allowed to have headsets in their helmets, but that wasn't always the case. Radio communication between coach and player wasn't permitted until 1994.

Even then, strict rules were established with headset usage:

The invention of communication devices dates back to the 1950s. Ear Rockers shares that some Cleveland Browns fans invented a radio device for the Browns quarterbacks to use. The Browns used it in a game against the Detroit Lions, but their coach complained and got the devices banned.

Once the ban was lifted, the use of a headset was restricted to only two players: the quarterback on offense and a linebacker on defense. These players can hear the plays from a coordinator on the field, meaning a coach in the booth couldn't provide communications to players.

How Do They Hear Amongst the Noise?

For years, it was tough because the headsets worked with radiofrequency. Plus, at the time, the headsets worn by the coaches were wired, and either had one or two cans, depending on the coach's preference.

It wasn't until Bose came into the scene as the official headset sponsor. They were one of the best headset manufacturers for noise-canceling technology. Thanks to that deal, communication between coach and player is easier, even with a loud stadium.

What is the Green Dot on NFL Helmets? 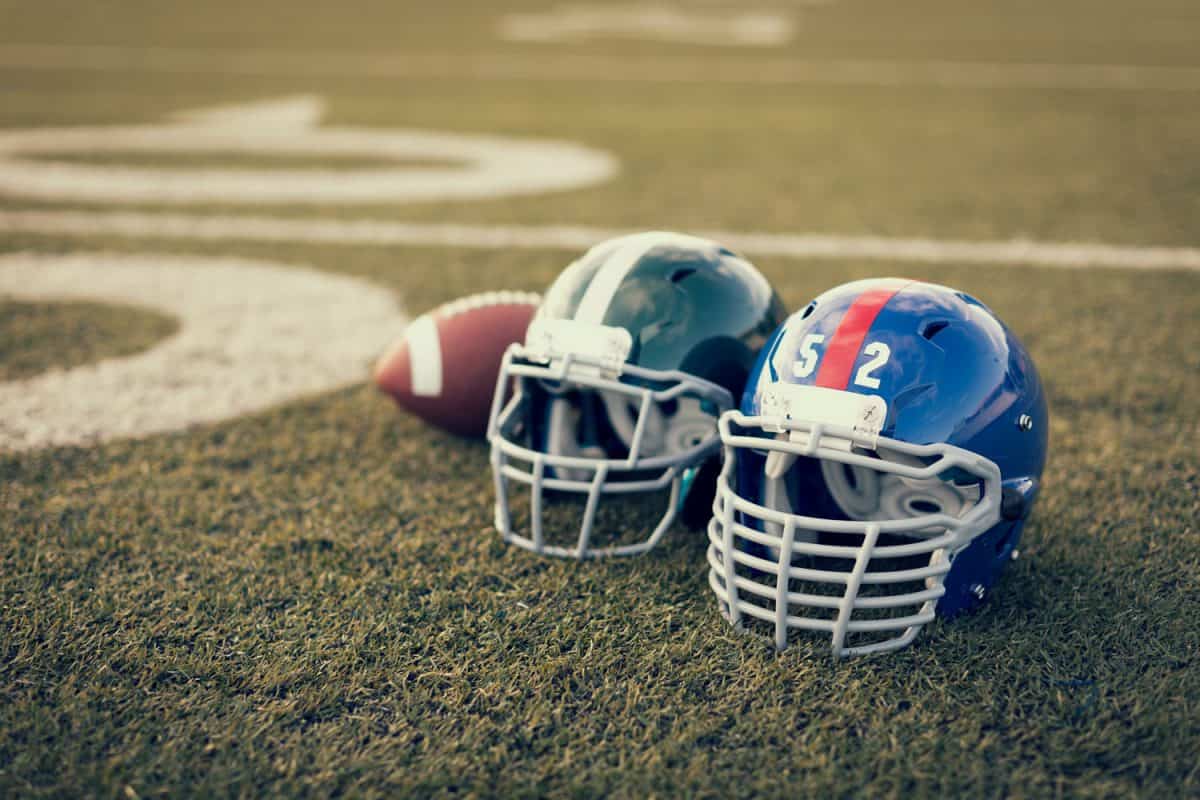 That green dot you see on an NFL player's helmet is a sticker. That sticker signifies that the player wearing it has radio communications with the coach. As mentioned before, only one player on each side of the ball may have a radio.

The green sticker is just so that officials can ensure that only one player on each side of the field has a headset in their helmet. When a player designated to wear a headset helmet leaves, the substitute has to let the referee know that they will be the one receiving communications.

Do Coaches Talk to Their Quarterbacks During Play?

When the offense aligns in the huddle, the quarterback is telling the team the next play. Before the snap, adjustments are made. One player may shift the position, the quarterback may tell the O-line to block a certain direction, or a different route may be called. The entire play could even be changed.

The same rule applies to the defensive coordinator talking to the linebacker.

Why do Backup Quarterbacks Wear Headsets? 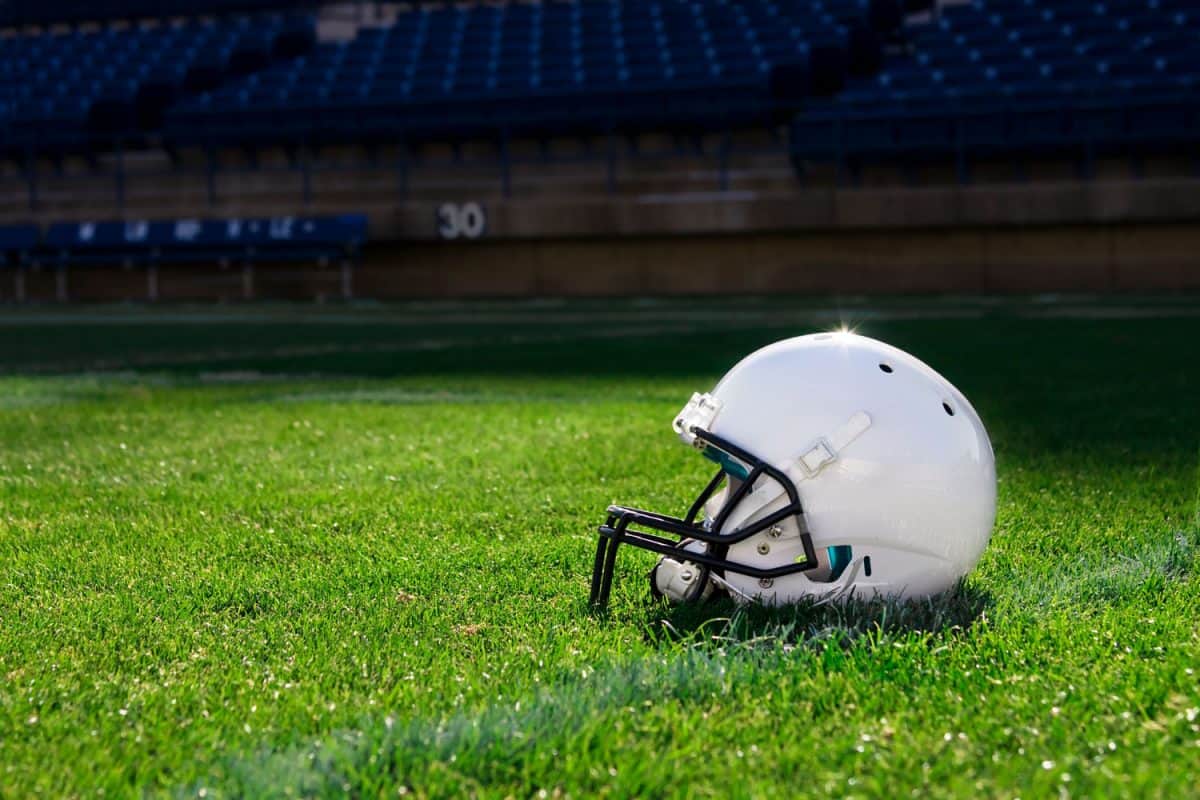 He's the backup quarterback for a reason; he needs to be able to step in should the starting quarterback goes down due to injury.

Just in case this happens, the backup quarterback will be wearing headsets. He'll probably be holding a clipboard with the plays on it.

The backup having the headset keeps him prepared and more likely to succeed in the current drive. Granted, that won't necessarily translate to overall play performance. Backups get but so many reps in practice compared to the starter.

It's expected that the backup will perform less effectively than the starter. At least with the headset, he won't be thrown into a situation blindfolded.

How do you Attach a Speaker to a Helmet?

To attach a speaker to a helmet, first, you buy one that's designed for helmet communications. A decent example would be the Chips 2.0 Bluetooth speaker by Outdoor Tech.

Then you insert the speaker into an audio liner slot inside of the helmet. Once it's turned on and connected to the Bluetooth signal, you'll receive communications from the coach.

Check out two of our other related articles below:

How Often Should a Football Helmet be Reconditioned?

Does Baseball Have Halftime?

How Long Does It Take To See Results From Pilates?