Tennis is a classic sport that many people enjoy. But have you ever wondered about the serving rules in tennis? What governs the constant changes in serving? We’ve consulted the professionals about alternating serves in tennis and we have the answers for you here!

It may seem confusing at first, but the rules for alternating serves follow a set pattern. If you’re completely baffled by all the serving rules in tennis, continue reading below for a thorough explanation. 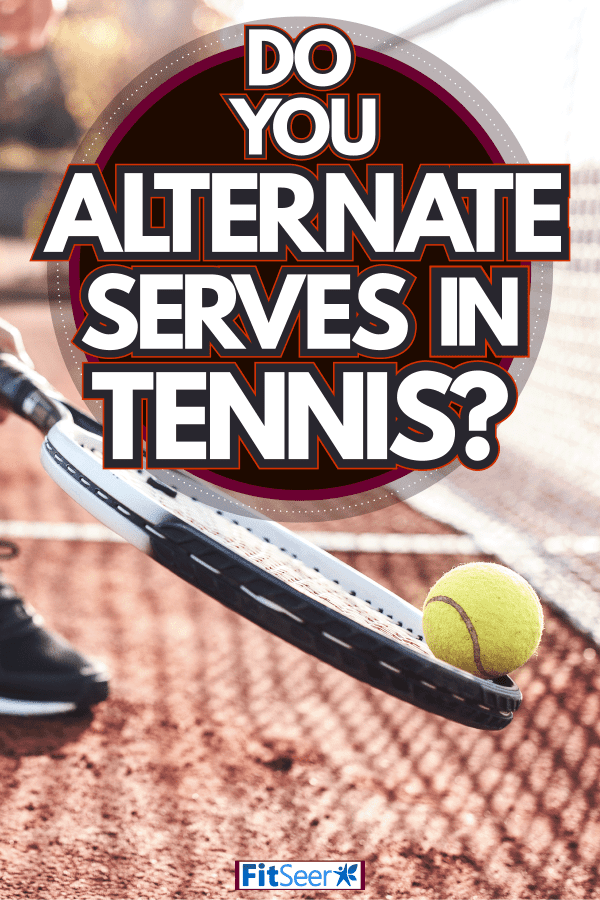 It’s important to know how a game of tennis starts to understand the rules of serving.

At the beginning of a professional game, there is a coin flip to determine which player has the choice of either serving first, choosing a side of the court, or deferring the choice to the opposite player. The players play a match that consists of 3 sets. Each set consists of 6 or more games.

To win the match, players must win the best 2 out of 3 sets, and in each set, they must win at least 6 games with a 2-game lead.

The person who serves in the first game is switched during the second game, and the serves alternate between each game until one player wins the set. This happens when one player wins at least 6 games and is ahead by at least 2 games.

Understanding how the point system works will help you understand the serves. We’ve explained that a tennis match consists of the best 2 out of 3 sets, and each set consists of multiple games.

Finally, the first person to win 7 points AND win by at least 2 points wins the tiebreaker game and then wins the set.

Do You Switch Servers In Tennis?

What Are The Serving Rules In Tennis?

There are also rules for how to serve the ball in tennis. 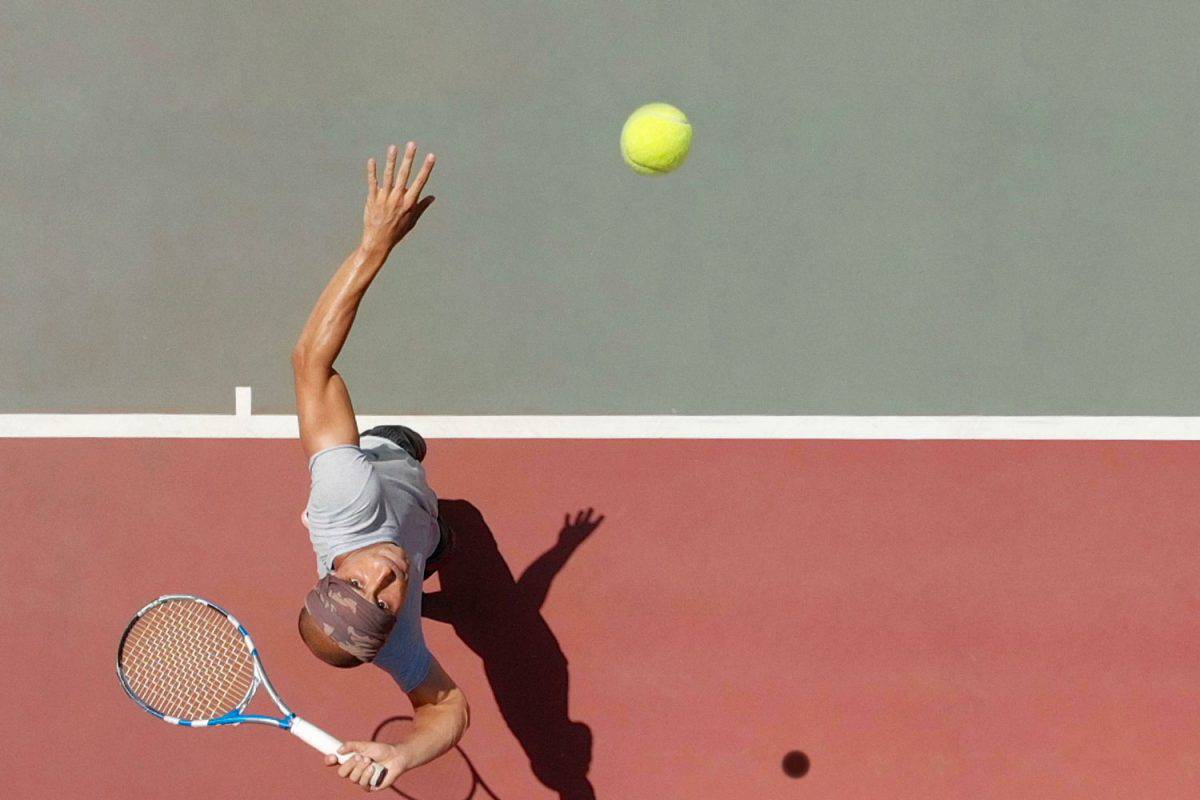 Above, note the service area between the center and sidelines.

The first server stands behind the baseline between the center line and the inner right sideline. The ball must be hit diagonally into the box on the other side of the center line.

If you miss this box on the first serve, it’s a fault, and you serve again. But miss a second time on this serve and your opponent gets the point.

The following serve is served the opposite way. The server stands on the left side and serves to the right. This pattern continues through each game. The players also switch sides after every odd-numbered game. 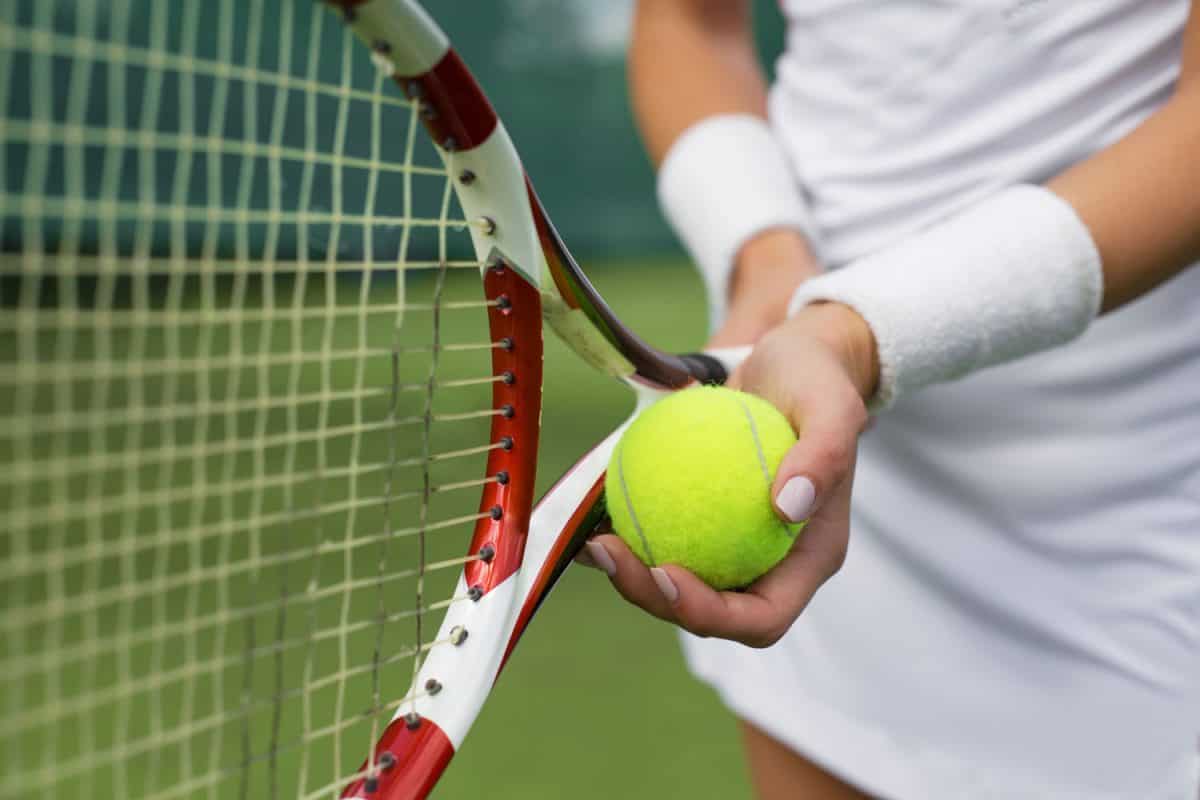 In the above photo, the server is behind the baseline, between the center and the inner-right sideline.

If your serve bounces off the net but still ends up in the correct box, it’s called a "let" and you can take the serve again without penalty.

You have unlimited bounces as long as the ball lands in the correct box; you can keep re-doing the serve. But if it bounces OUTSIDE the correct box or it hits the post, it counts as a fault—2 faults and you lose the point! 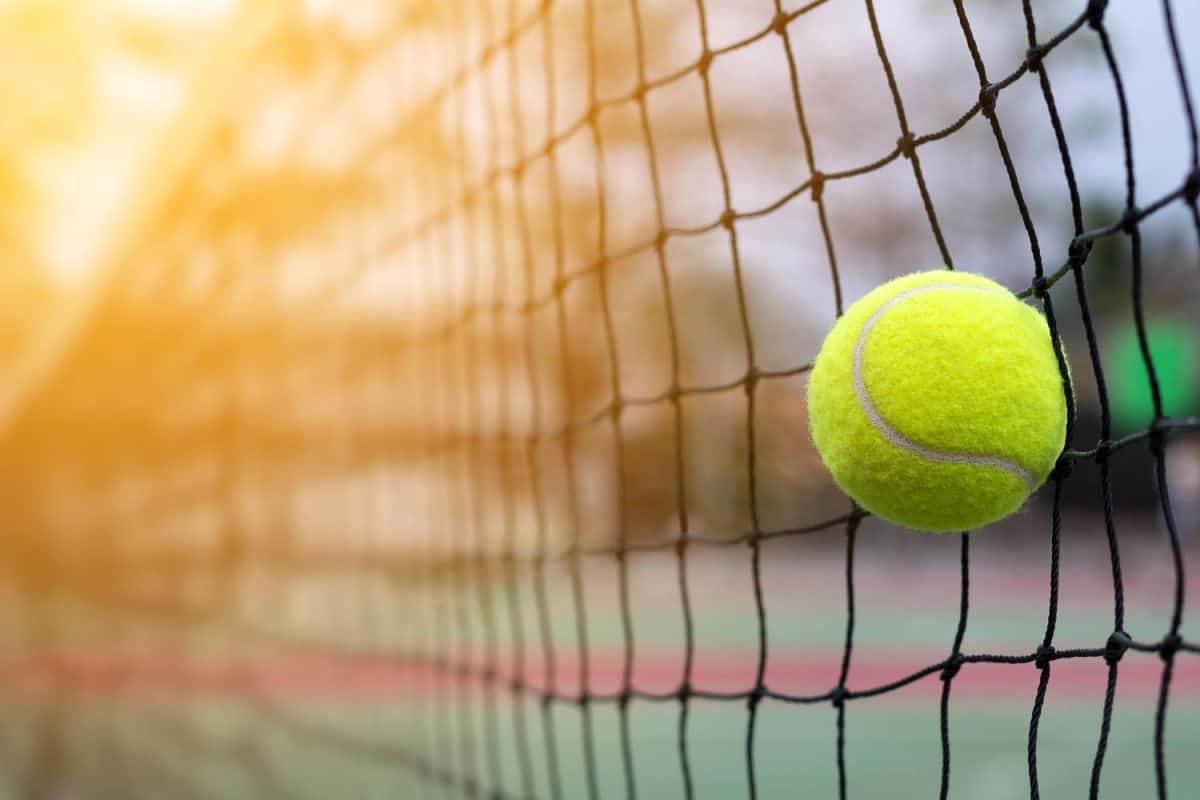 Be careful not to fault a ball by bouncing it off the net!

What Is The Result Of Every Serve Made In Tennis?

Every serve in tennis results in a point. Each point can be made through faults of the server as well as by missed serves and returns. There is also the possibility of a serve point being challenged.

In professional tennis, each player is allowed 2 challenges on calls made for points. For example, if you hit the ball across the court and the linesman says it was "out of bounds" but you don’t think that it was, then you can challenge that call.

At this point, a video replay of the call is shown on a screen and the computer will show whether or not the ball was in or out of the boundary. If, in this case, the ball had hit the line or was anywhere on the line, it counts as in bounds and you win your challenge.

If you challenge another call and win, you still have that challenge left to use. But once you have lost your 2 challenges in the set, you have to wait until the next set to receive 2 more. Challenges do not roll over. 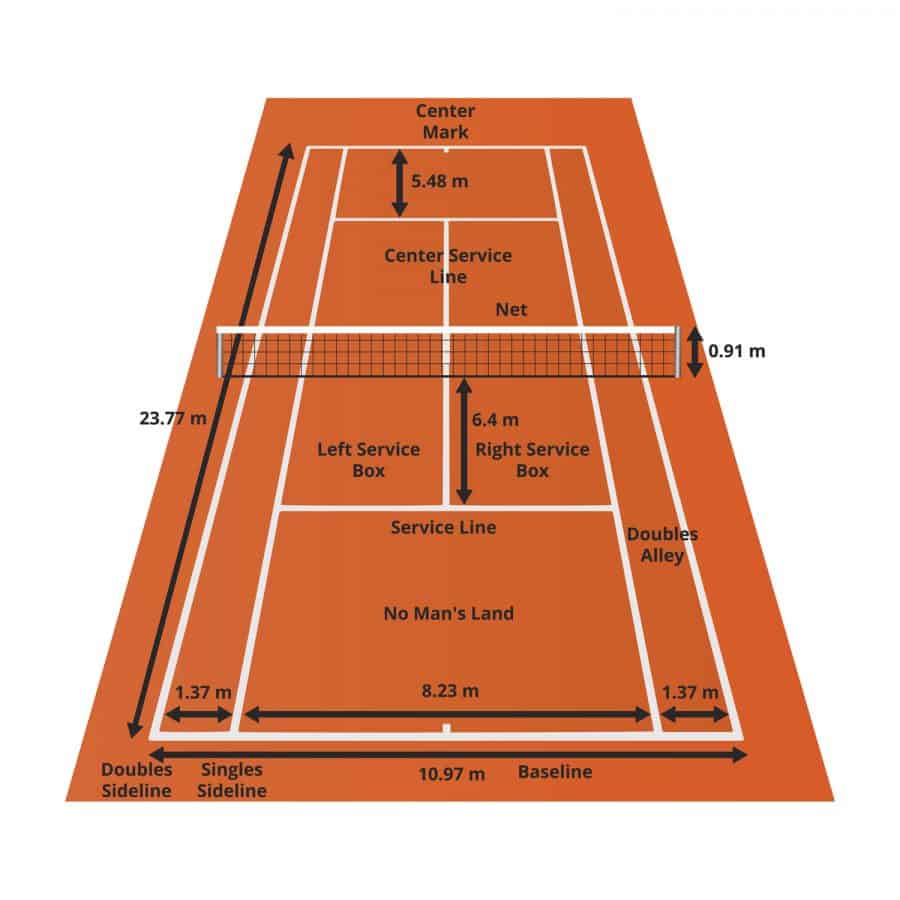 A video replay will determine if a challenge is valid.

Why Is The Serve Important In Tennis?

Every first server—note the most recent  2022 Australian Open—usually wins. When you serve the first game and you win, you are always going to be ahead during the set.

A top professional player who serves first can reach the required 6 games before their opponent does. So if they win one extra game, they could already have a 2-game lead simply by serving first.

If this continues, with each server winning the game where he/she serves, then even at the end of 11 games, player 1 has already won the required 6 games. The only thing they need is to win one more game to win 6 games and also win by a lead of 2 games.

The serve is also important because of a term called "breaking serve." Breaking serve means to win the game by returning the ball so that the serving player loses on his serve.

This brings you closer to the goal of winning by a lead of 2 games. But it’s difficult in pro tennis! Top tennis players are excellent at serving and returning the serves.

Do You Alternate Serves In Doubles Tennis?

In doubles tennis, the same rules apply as in singles, except that each serve also alternates between team players.

For example, if you are playing on a doubles team, your partner serves for the first game, then you must serve in the next game, continuing to alternate to the end of the match.

The serving side will still change after every game, with your opponents alternating the serve between them during their turn to serve. In doubles, the sides change the same way they do in singles. Each side will alternate to the opposite side of the court after each odd game. 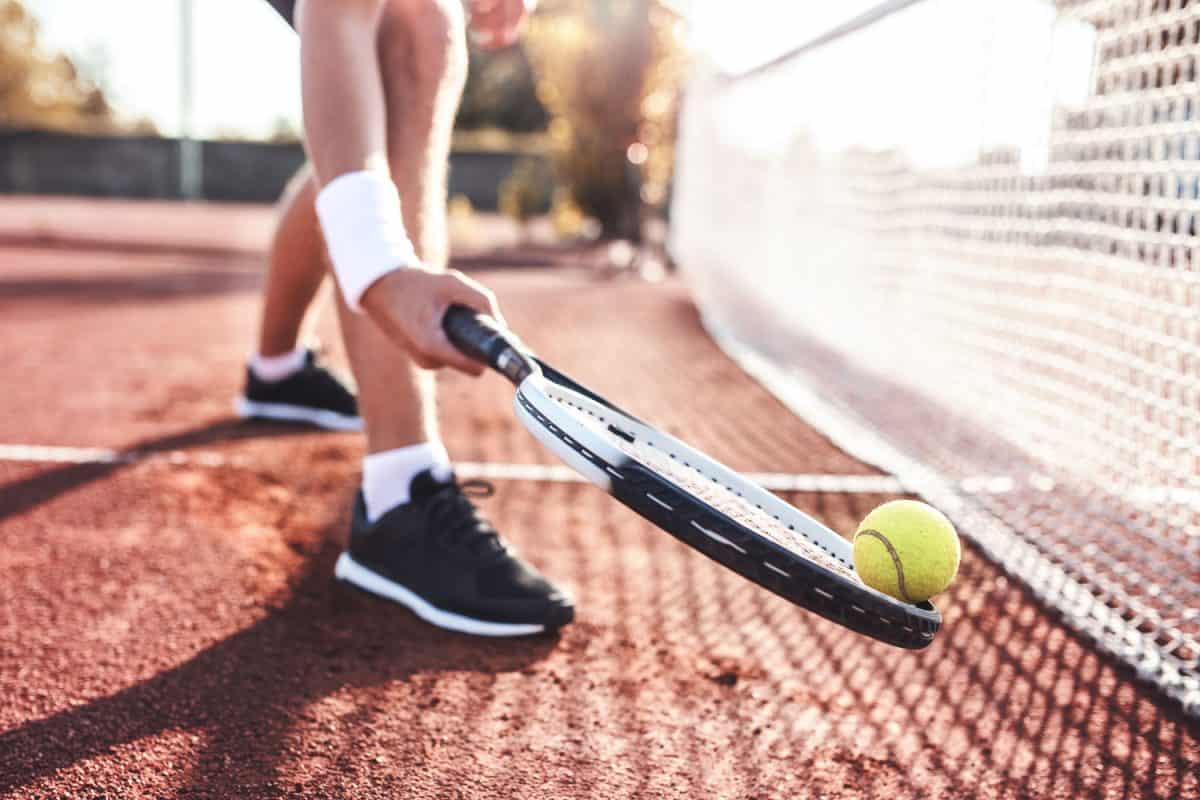 Serves in tennis can be a little bit confusing! Just remember that serves always alternate between games, they alternate between sets, and the tiebreaker is a deciding game with slightly different serving rules.

Now all you need to do is practice your new knowledge by watching some tennis and guessing who will serve next!

For more exciting articles, take a look at these:

Do You Have To Serve Overhand In Tennis?

What Is A Net Point In Tennis?

How Can I Practice Basketball Indoors? [5 Suggestions]

How To Keep Earbuds From Falling Out While Running? [6 Helpful Tips]