Are you new to Tennis or looking to get into this racket sport? This sport has been dated back all the way to the 19th century and is known worldwide. If you have watched a match before, you probably noted that each player has their own technique. A massive part of this game is the serve. The serve is the start point, the initiation of the game. Are you wondering about how a serve must be done? We gathered our research to answer if you have to serve overhand in tennis and break down how exactly a serve gets executed step by step.

While serving overhand is more common, it is not necessary. The rules of tennis state that as long as the ball is hit with the racquet prior to hitting the ground, it doesn't matter if it was released in an upward or downward motion. This means both overhand and underhand serves are acceptable.

There are a couple of different serves in tennis, and we will go on to explain each. Keep reading as we lay out each step in a serve, answer how many serves you get in a game, and tell you which professional player has the best tennis serve today. Without further ado, let's get into it! 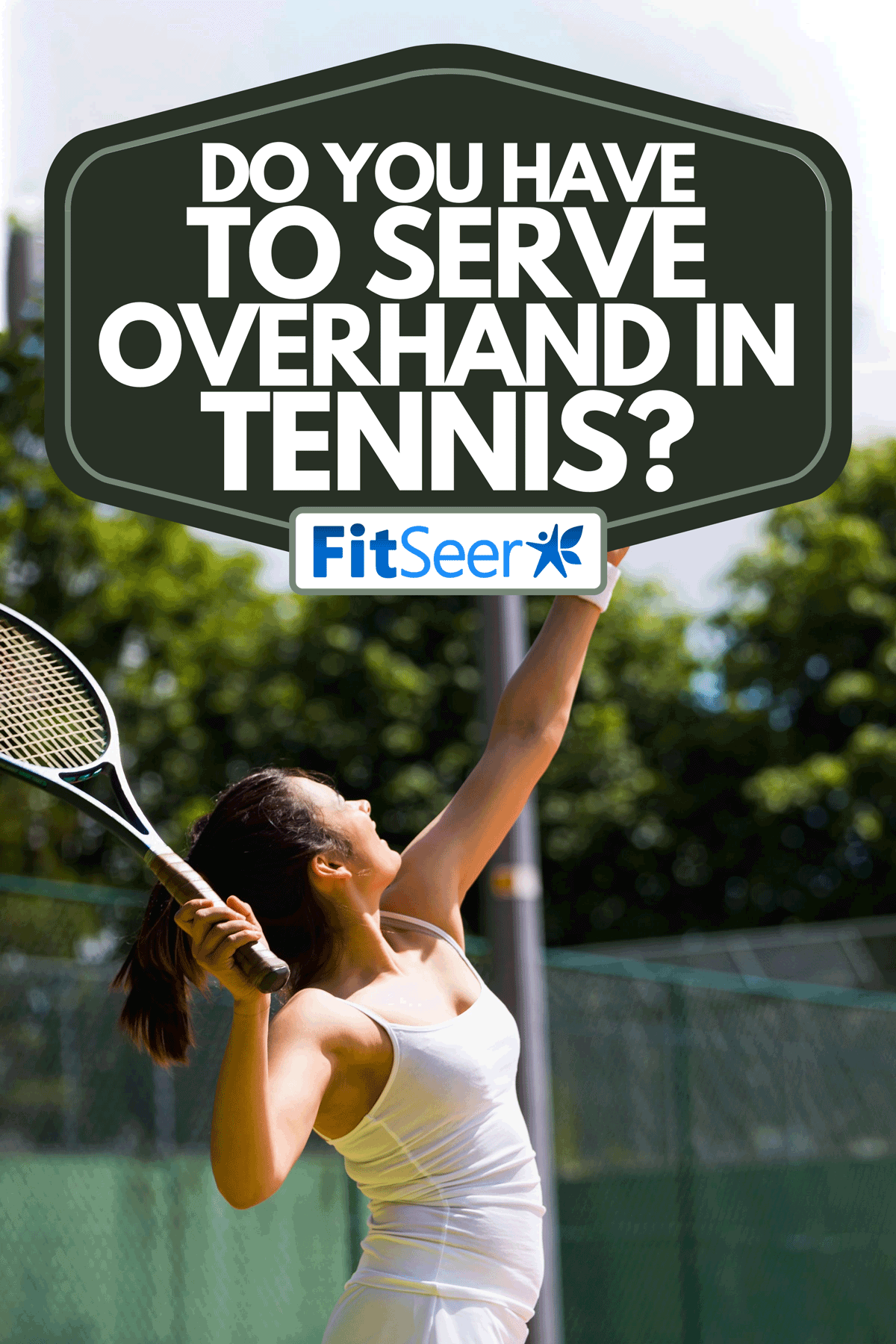 What Are The Four Types Of Serves In Tennis?

There are four types of serves commonly used in tennis. These serves include the flat serve, kick serve, underhand serve, and the slice serve. Each type of serve is completely legal in amateur and professional games. Let's take a quick glance at each type of serve.

A flat serve causes the ball to cut quickly through the air without spinning. Hold your racquet with either the continental grip or an Eastern backhand grip. Release the ball straight up and slightly forward for the ideal serving point.

You may have heard this serve referred to as topspin, American twist, or reverse kick serve. You execute this serve by throwing the ball slightly to your dominant side and striking laterally.

In this serve, the ball gets struck below shoulder level. This serve is more commonly seen in children's tennis and while legal, is frowned upon in professional games.

During a slice serve, you will hit the ball with a side spin. To accomplish this spin, brush the back of the ball with your racquet toward the dominant side. This serve gets rarely used in games, but is considered a novelty.

Have a look at the video below for examples of the flat, slice, and top spin serves.

Read more: How Many Tennis Lessons Do I Need?

How Do You Do A Tennis Serve Step By Step?

Perfecting your tennis serve is best done by following a step by step progression. These steps build the perfect serve from the ground up. To successfully serve a tennis ball, follow these steps:

Every point in tennis starts with a serve. Master this skill, and it can be used to keep your opponent on their toes. Let's take a closer look at each step in detail.

1. Get Into Proper Stance

To start a serve, you need to be in the proper position and stance. Stand behind the baseline on the side opposite of where your ball will land. Stand sideways with your left foot pointing towards the opposite post of the net and your right foot parallel to the court. 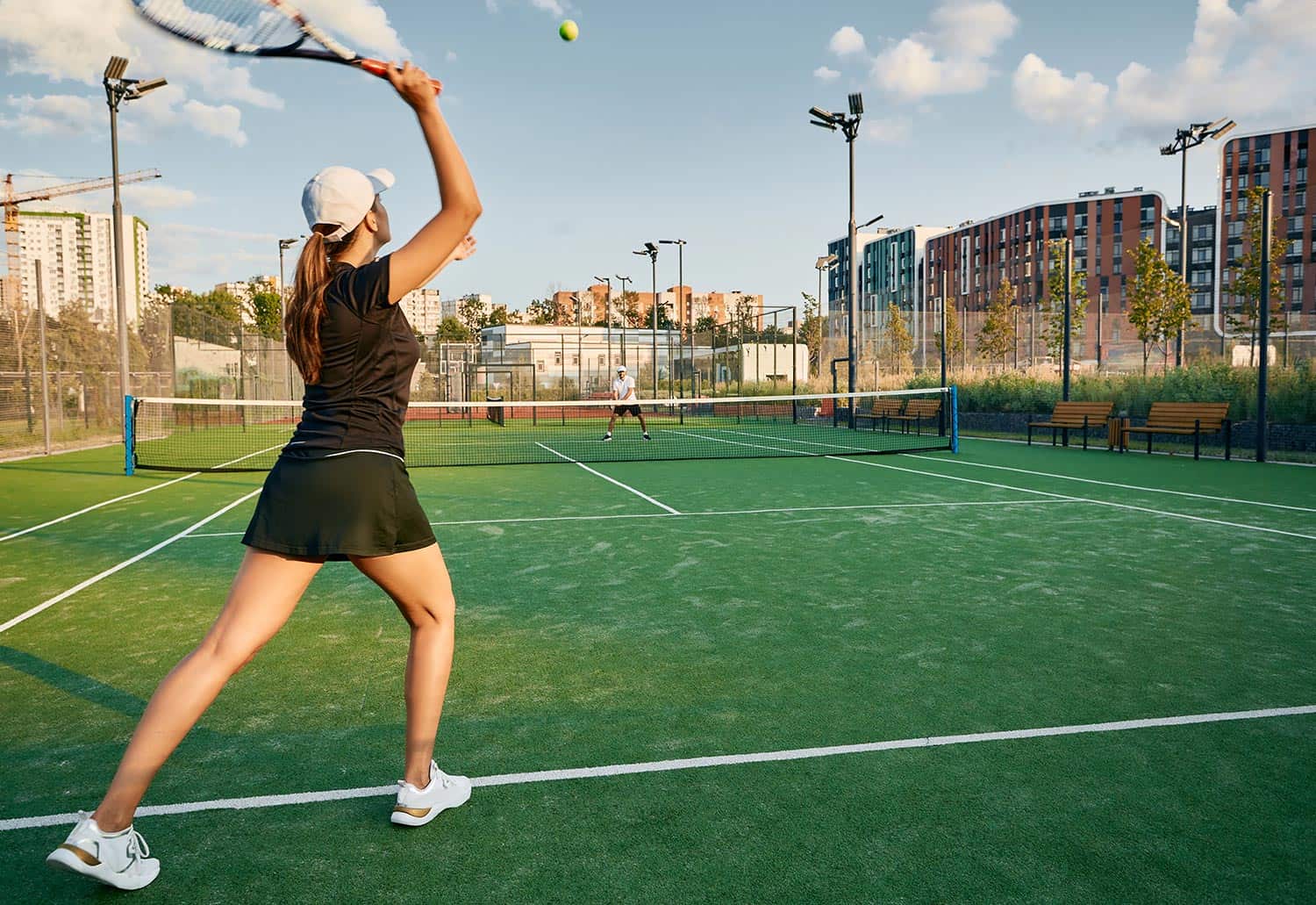 Next, you will grip the racquet and tennis ball properly. The proper racquet grip is the continental grip.

Grip the racquet tightly as if you were holding a hammer, with the edge perpendicular to the ground. The grip on your racquet will determine the effectiveness of your final serve, making practice vital. 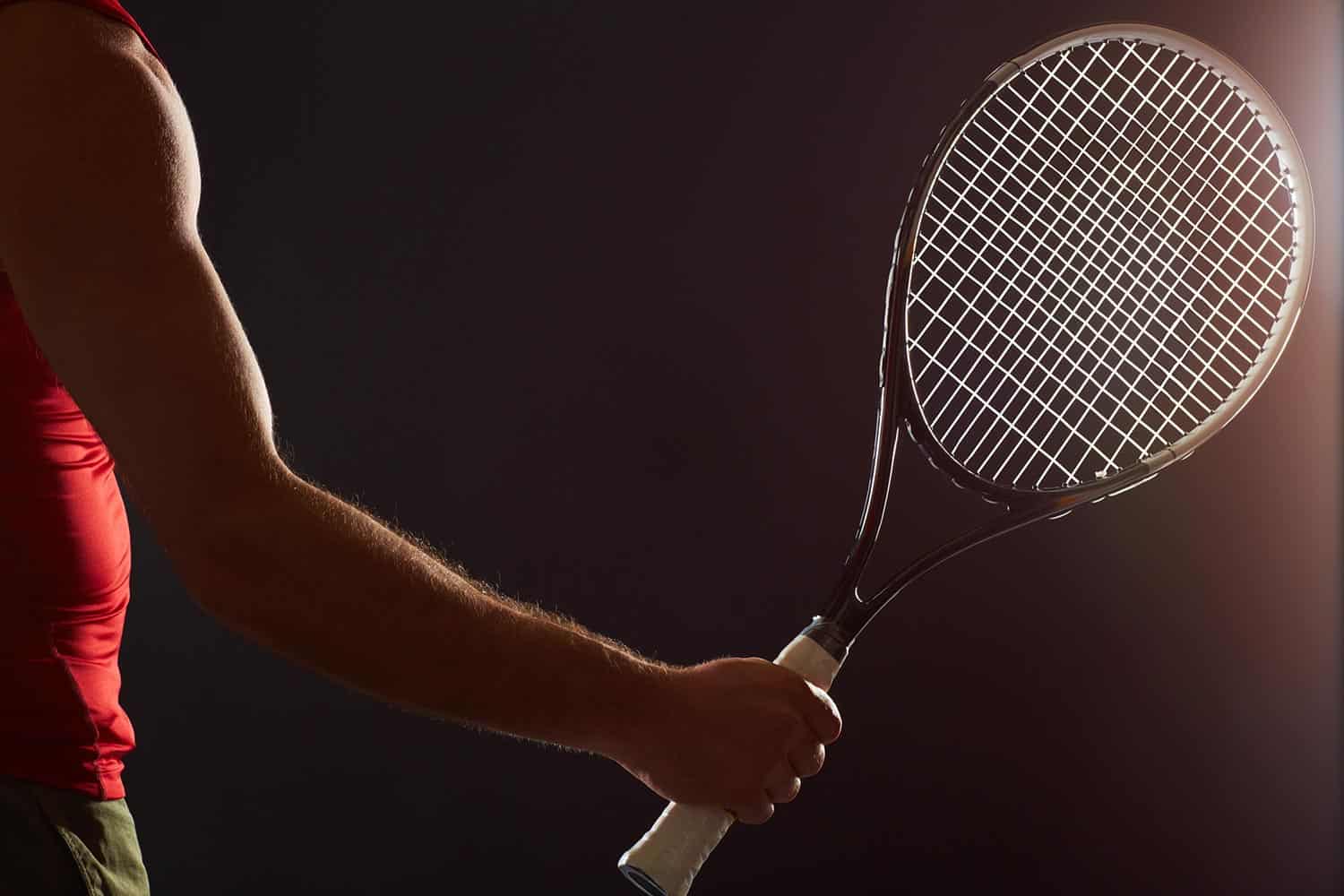 With a firm grip on your racquet in one hand, you will grip the ball loosely in the other. Instead of the palm, your ball should be held in your fingertips.

To help line up the serve, you can bring your ball hand toward your racquet while shifting your weight forward just a bit.

Before you actually hit the tennis ball, there are a series of movements that you do to accumulate energy. The loose drop movement looks like you are dangling the racquet behind you or scratching your back with it. 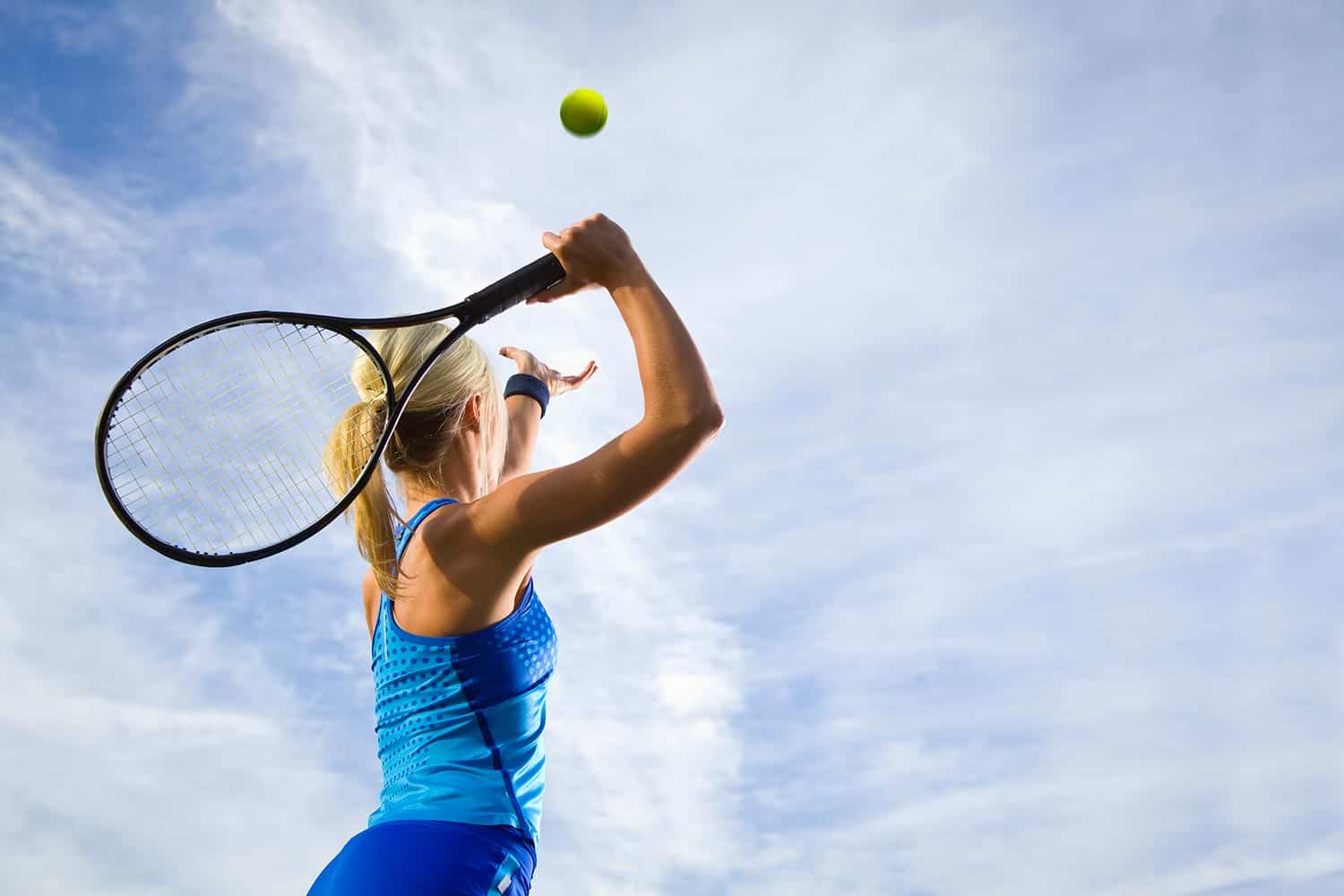 4. Hit The Ball At The Highest Point

Remember, you have your ball in your other hand. The toss of the ball and the backswing of your racquet happen simultaneously. Toss the ball with a straight arm, only using your shoulder joint. You will release the ball at eye level. 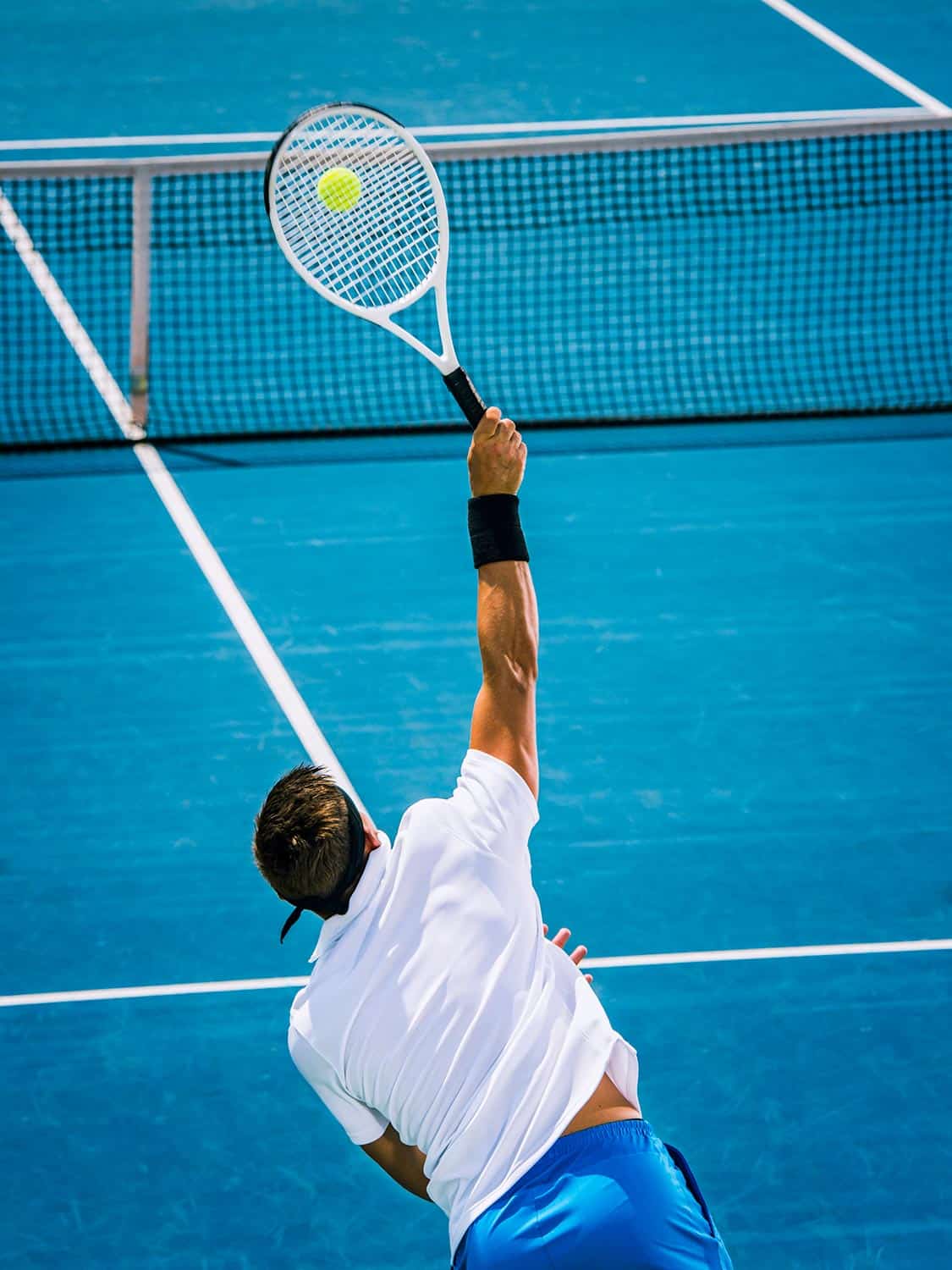 As you swing up, pronating your arm, you will hit the ball when the racquet reaches its highest point. You should hit the ball with the center of your racquet with a fluid movement.

After you have hit your ball in an arch motion, you will continue the movement of your racquet. Snap your wrist downward and bring your racquet near the bottom of your opposite foot. You can transfer the weight from your back leg onto your front leg. 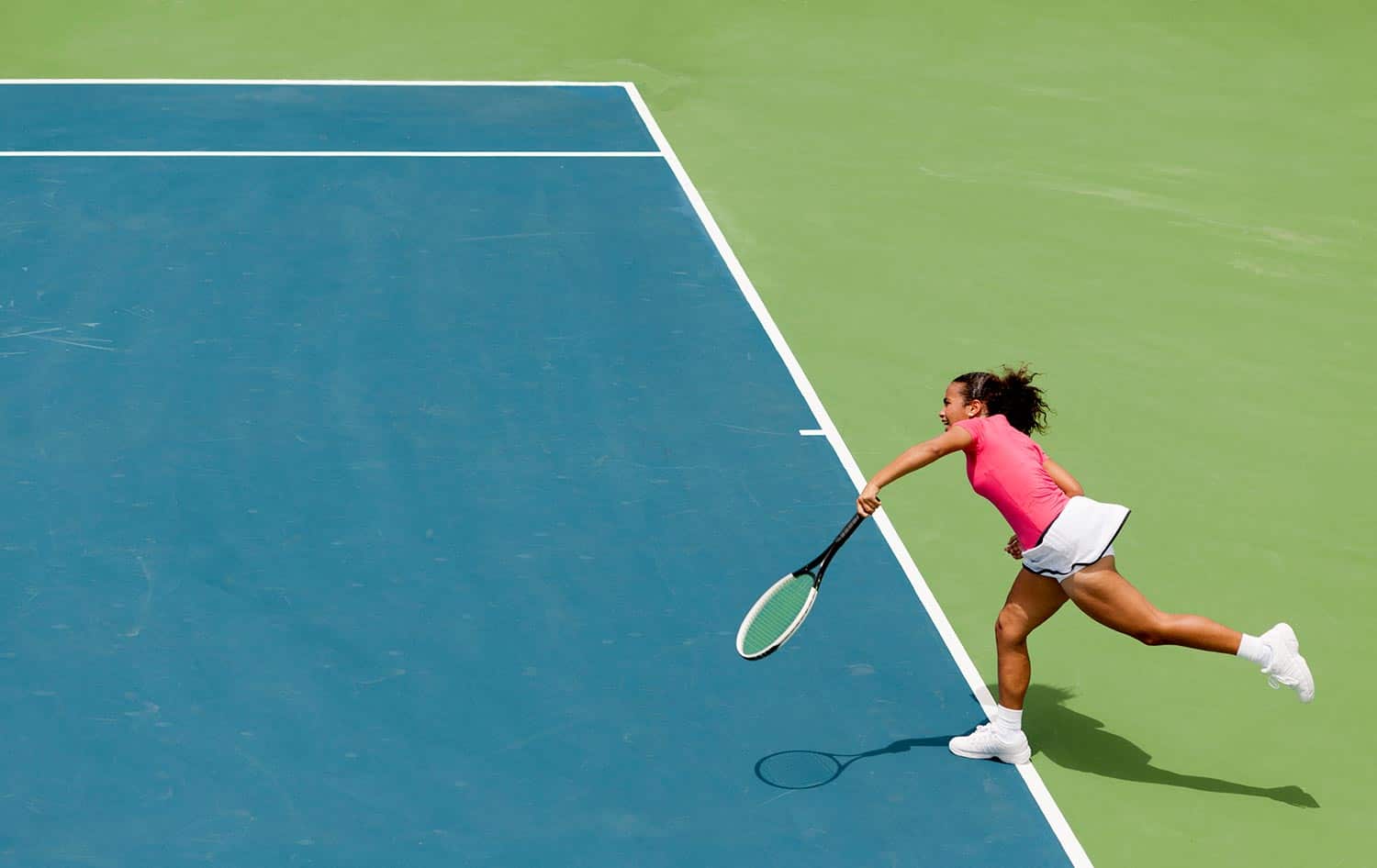 6. Fall Into The Court

The follow through in step 5 should naturally propel you into the court.  Keep your eye on the ball and get into an optimal position to hit the ball right back.

Have a look at the video below for a great visual representation of these steps.

How Many Serves Do You Get In Tennis?

In tennis, each player gets two serves, alternating until one player reaches 11 points. A successful serve must go over the net without touching it and land in the service box on the opposite side.

The tennis ball must bounce once on the opposite side before being returned.

If the ball doesn't land in the correct service box or touches the net on the way over, the player must take a second serve. During this second serve, the player is at risk of losing the point if the serve is not successful.

Read more: What Is A Net Point In Tennis?

What Is A Missed Serve Called In Tennis?

A missed serve is a fault in tennis. There are various reasons why an attempted serve would result in a fault. The most common reasons being what we mentioned above—hitting the net or landing in the wrong service box.

Your serve can be deemed a fault due to one of the following reasons:

After one fault, the player can attempt to serve again. A double fault occurs when both serves end in faults. In this case, the point gets awarded to the receiving player.

Read more: Does The Tennis Ball Have To Bounce Before You Can Hit It?

Who Has The Best Tennis Serve?

There are many great servers among tennis players. Watching them can help you perfect your technique and provide inspiration.

A handful of players considered the best servers include professional players John Isner, Roger Federer, Andy Roddick, and labeled as the single greatest server of all time—Ivo Karlovic.

Who Has The Most Aces In Tennis?

When a player serves a tennis ball that is not touched by the receiver and wins a point, this point is an ace. Ivo Karlovic, the greatest server, currently holds the record for the most aces in professional tennis.

So far, this player has successfully hit 13,709 aces in his game history. He is the only player to hit 40 aces in three consecutive tennis matches.

It is more common to see an overhand serve in tennis, but underhand serving is also legal. There are four types of serves in tennis, and it is all about finding what works for you. Keep in mind that some of these serves are better left for practice games and are frowned upon in professional settings.

To get some inspiration for your serve, have a look at some of Ivo Karlovic's games, as he is regarded as the best server in the sport. We hope you found this article helpful when learning how to perfect your tennis serve. Wishing you a great game!

Are you just getting into tennis and looking for insights with equipment? Have a look through this post: Tennis Shoes Vs. Sneakers: Which To Choose?

How Long Should A Resistance Band Be?

How To Break In A New Softball Glove [6 Methods]

How Big Is A Basketball Court?

Can You Use Windex On A Bowling Ball?

How Do Football Fields Stay Green?