Attending a baseball game is great fun. The relaxed, slow-paced nature of the game lets spectators socialize and enjoy on-the-field entertainment. Plus, the food at a baseball stadium is enticing: hot dogs, nachos, peanuts, and ice cream sundaes. But if you're waiting for halftime of a baseball game to go get a hot dog, you'll be waiting forever!

Baseball does not have halftime. Unlike many other team sports which are divided into quarters and halves, baseball is divided into nine innings. There is a short break between each half-inning, but there is no extended break partway through the game as in other sports.

The great game of baseball uses a different way of determining the length of the game than most other sports, so we know it can be confusing. Don't worry; we've done the research and are excited to help you understand how a baseball game works. For more details about breaks in baseball, how the game is set up, and answers to other common questions about the game, continue reading.

Why doesn't baseball have halftime? 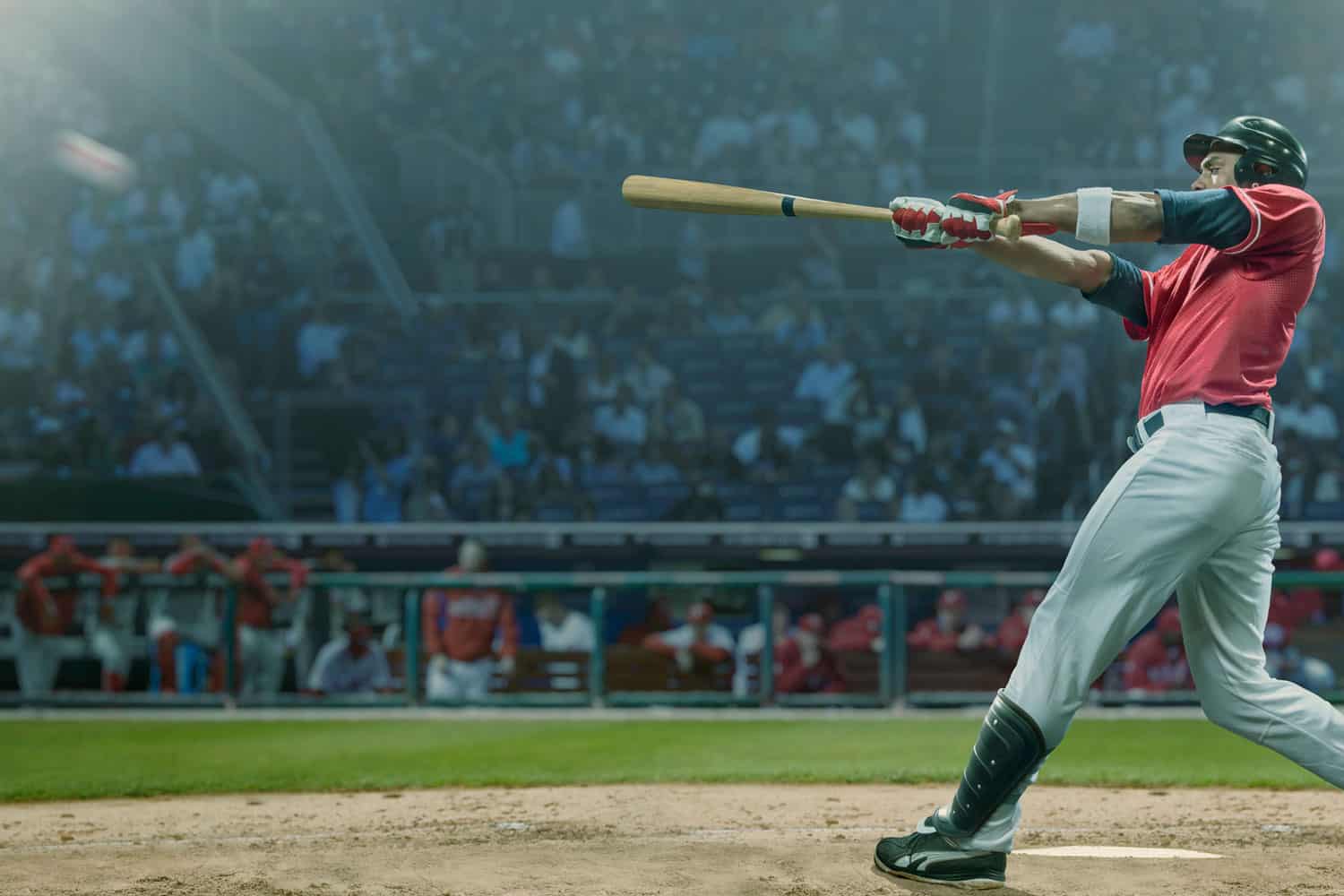 There are breaks in between each half-inning to give the teams time to switch places. The hitting team goes out onto the field and the fielding team returns to the dugout. These frequent breaks add up.

In addition to the frequent breaks, it should be noted that the game of baseball is less physically strenuous than other sports. Players spend a lot of time waiting for their turn to hit or standing still in the field. Because of this, they do not need an extended break.

How long is a game of baseball?

There is no set time limit for a baseball game; theoretically, it can last as long as it takes for the teams to complete nine innings. But even the number of innings is flexible. If the game is tied after nine innings, teams play "extra innings" until a winner is determined. The most innings ever played in an MLB game was in 1920 when the Brooklyn Robins and Boston Braves played 26 innings. Unfortunately, this was before baseball fields had artificial light, so the umpires were forced to call the game a tie due to darkness.

The longest game in MLB history (in terms of minutes played) happened in 1984 between the Milwaukee Brewers and Chicago White Sox. The teams played 25 innings, taking eight hours and six minutes over the span of two days!

Some baseball games do not last the full nine innings. If the home team is winning after the top half of the ninth inning (so after eight and a half innings), they do not play the bottom half of the ninth. It would be pointless to play the last half-inning since the home team does not need to score any more runs in order to win the game.

Very few baseball games will end early because of the weather. This decision is left up to the umpires. If the game has not completed five innings, it might be resumed at a later date. For more details on weather delays in baseball, check out this article.

Even fewer MLB games have ended early because of an extremely abnormal circumstance such as a brawl or a team running out of pitchers and having to forfeit.

Additionally, most amateur and youth baseball leagues use what's called "mercy rules." Mercy rules are put in place so that if one team is dominating, the game can end early. They operate under the assumption that if a team is losing that badly past a certain point in the game, it is unlikely that they will come back to win.

For instance, most high school leagues end the game if a team is winning by ten or more runs after five innings. Each league uses its own mercy rules, so check with your league's rules for more details.

Curious about some more baseball strategies? Read this article for details on the "small ball" style of baseball.

What is the seventh-inning stretch?

The seventh-inning stretch is a tradition that most baseball teams participate in. Between halves of the seventh inning, spectators stand up (presumably to stretch their legs), and many stadiums play the song "Take Me Out to the Ballgame" while the fans sing along. There are no rules about the seventh-inning stretch, and it generally does not have any effect on the game itself.

The origin of this tradition is debated. One popular legend is that in 1910 President Taft attended a Washington Senators game where he threw out the ceremonial first pitch. After the top half of the seventh inning, President Taft stood up to stretch his legs. The spectators, thinking he was leaving, stood up out of respect for the President.

According to the legend, this was replicated at games for the rest of the season. Teams and organizations took advantage of this, marketing it as the perfect time to get up and buy concessions.

Why do baseball games start at odd times?

Major League Baseball games often start five to ten minutes after the half-hour (6:07 or 7:35, for instance) due to the television broadcasts that accompany the games. All MLB games are televised by either regional or national stations. These games are preceded by normal TV programming, which is scheduled to end at the half-hour.

By bumping the start time of the baseball game back, TV channels give their broadcasters time on-air to introduce the game and tell the viewers any important notes about the game. For instance, a game that starts at 6:07 might begin airing at 6:00. The seven minutes before the first pitch are used for a welcome and introduction by the broadcasters, followed by a commercial break.

How much time between baseball innings?

This is another answer that is determined by television broadcasts for MLB. For a game that is nationally televised, there is a 2 minute 25-second break between innings. A regionally televised game has a 2 minute 5-second break between innings. This is because the most common time for TV stations to show commercials is between half-innings. A nationally-televised game costs the network more money, so MLB allows them more time to show commercials.

For non-televised amateur games, the umpire determines the length of time between each inning. The pitcher is allowed to throw a set number of warmup pitches (usually seven), then the umpire restarts the game. If the pitcher takes too long to warm up, the umpire will give a warning and then might penalize the pitcher's team.

A baseball game has frequent breaks, but no halftime. Instead, the game is divided into innings, and teams get breaks when they switch positions on the field. The average game lasts a little longer than three hours, but because games have no time limit, they can often last much longer.

We hope this article has helped you learn a little more about baseball games and the way they're organized. No matter how long the game lasts, we hope your team wins!

Can Surfing Build Muscle? Here’s What Beginners Need to Know

How To Bake A Bowling Ball [And Why]

Can You Use A Softball Glove To Play Baseball?