You're at a baseball game and you're having lots of fun. You've finished your hot dog and peanuts, and the game is exciting! But uh oh: is that a rain cloud? Rain can send spectators running for cover, but does it mean that the game is over? That's an important question for fans, so we've done the research to answer it.

Light to moderate rain will not usually stop a baseball game from being played. Heavy rain, however, can be dangerous for players and can affect the game too much, so the game will usually be delayed. Additionally, lightning and other severe weather immediately delay a game. These decisions are up to the umpires.

Other sports, such as soccer and football, are played in heavy rain, so you might be wondering why baseball can't be played if the umpire decides it's raining too hard. Don't worry: we'll provide the answer to this question, as well as other questions about how the decision is made and what happens when a game is delayed. So stick around and keep reading. 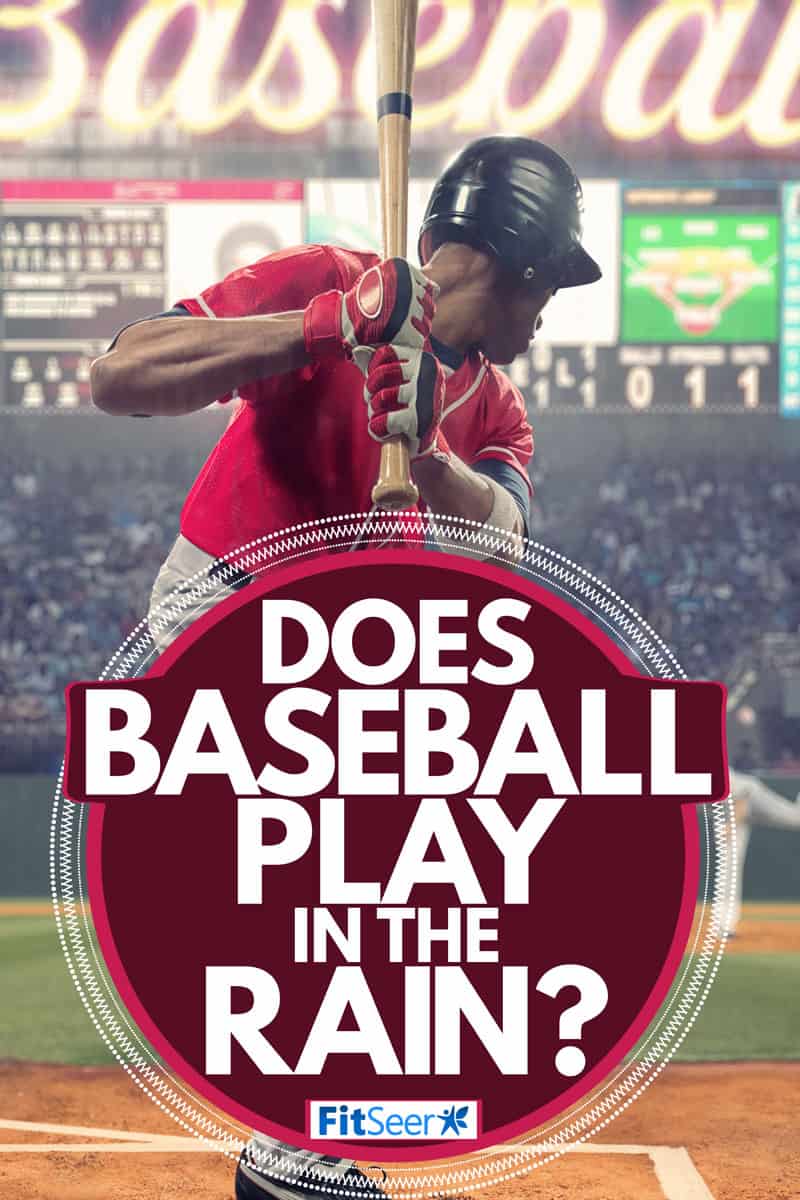 The Dangers Of Playing Baseball In Heavy Rain 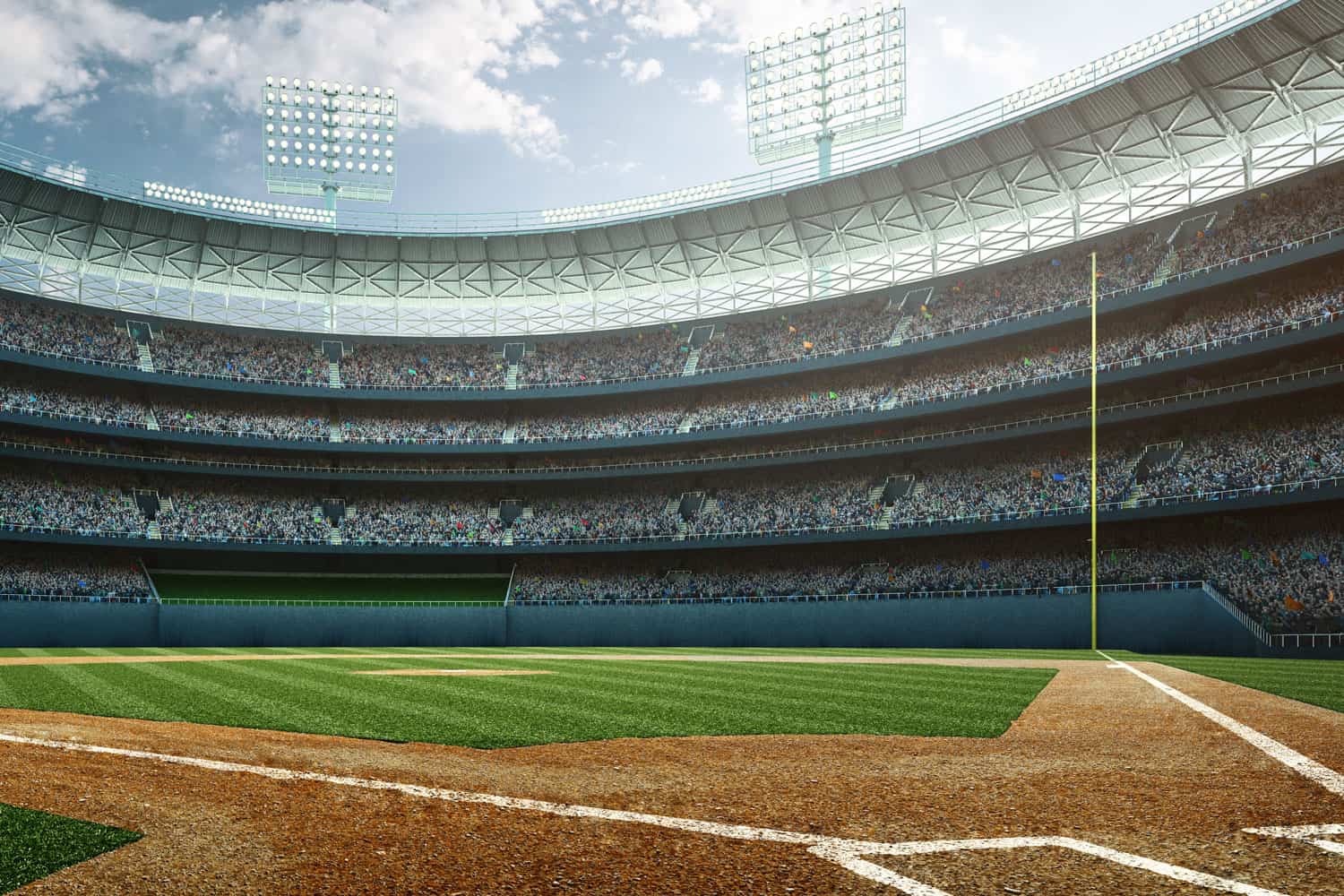 Heavy rain can make a game dangerous for several reasons. First of all, when the baseball gets wet, it becomes very slippery. This makes hitting dangerous because the pitcher cannot always determine where this hard, heavy ball is going to end up. When it is raining heavily, it is impossible to completely dry the ball off between pitches or to have enough dry replacement balls to continue the game.

Bat handles also become slippery in too much rain. If a bat were to slip out of a hitter's hands, it would be dangerous for other players, umpires, and fans.

Can you play baseball on a wet field?

In addition to the bat and ball, the entire field becomes a slippery surface. This is especially true of the infield and pitcher's mound dirt. The sandy dirt becomes slippery with too much rain and does not absorb high amounts of water quickly.

Beyond the danger of playing baseball in heavy rain, there is the factor of how much the game is affected by the rain. Baseball is a precise game: the ball is smaller and heavier than in other sports, and players are expected to see it perfectly in order to hit it with a bat or catch it at high speeds. Too much rain changes the essence of baseball and turns it into a mess.

Interested in baseball strategy? Check out this article about what it means to play "small ball" in baseball.

What if the field is wet before the game?

In professional baseball, teams employ a grounds crew whose job it is to prepare the playing surface for each game. This grounds crew is responsible for putting a tarp on the whole infield to protect the dirt from the rain. They also have special tools to eliminate puddles in the grass.

As long as there is no major flooding, power outages, or other unique scenarios, professional games can be played if it has rained beforehand.

On the other hand, most amateur teams do not have a full grounds crew, nor do they have tarps for the entire infield. Most of the field preparation is done by volunteers or coaches who do not have the same resources that professional teams do. This means that many youth or amateur games cannot be played if there has been too much rainfall in the days or hours before a game.

What are the rules for a rain delay in baseball? 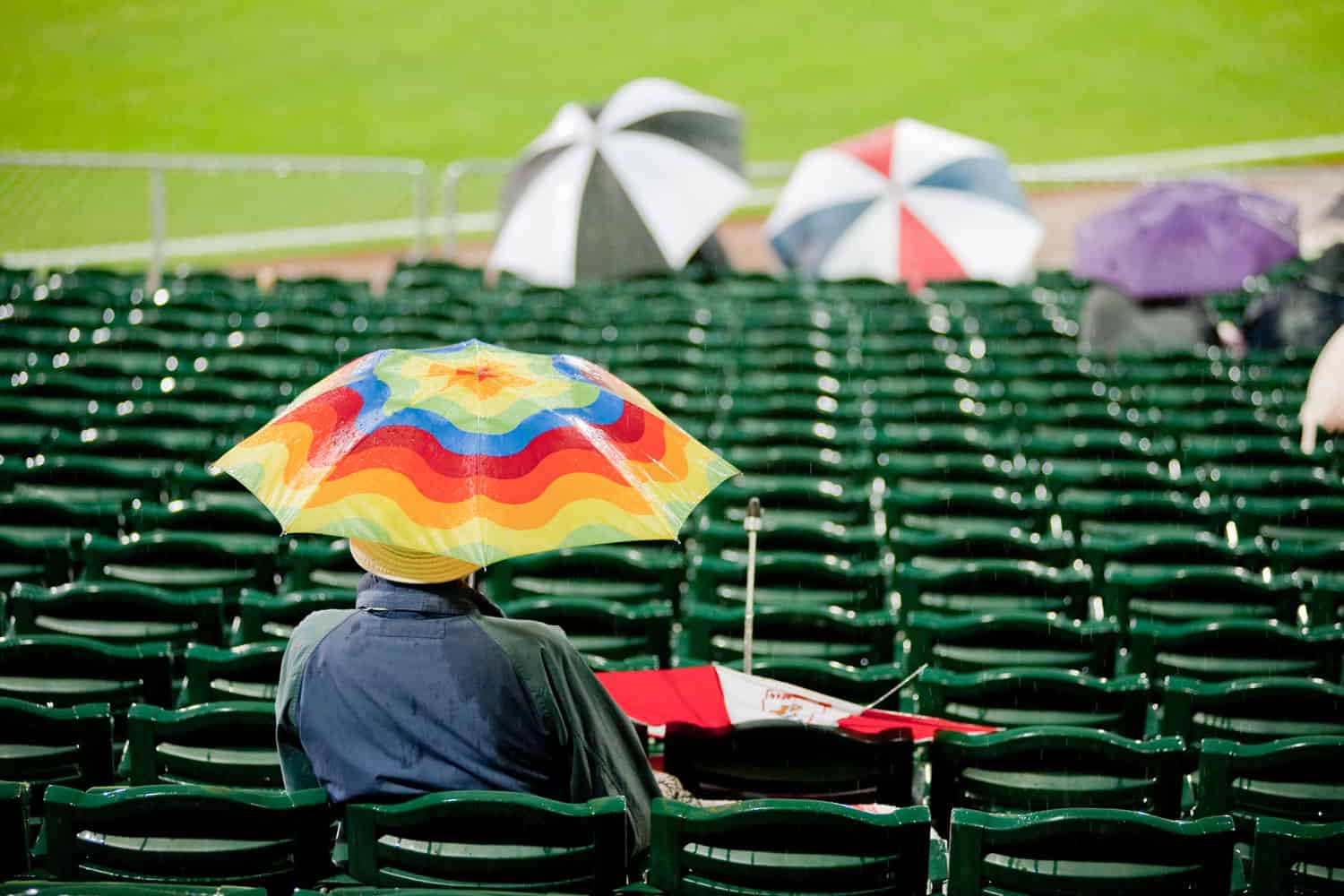 A rain delay can be called before or during a game. Before the game starts, the home team's manager is responsible for deciding if the game should be started on time. Once the manager hands over the lineup card to the umpire before the game, decision-making transfers to the umpiring crew.

During a game, the umpire crew chief (or the home plate umpire in amateur games) is responsible for calling a rain delay, with the consultation of the rest of the crew.

If this requirement isn't met, or if the game is tied after the fifth inning, the game is suspended until a future date. Often, if both teams play each other the next day (which is common in professional baseball), the suspended game will resume before the game scheduled for the next day.

If the game has not completed the required five innings, it will be restarted on the next available date.

Because of the jam-packed nature of baseball schedules, umpires are asked to make sure games get played if at all possible. Often, it is difficult to find a date to make up the game that works with both teams' schedules.

When making decisions about rain delays, umpires must consider many factors, including the safety of the players. If a rain delay lasts too long, players' muscles can get cold and stiff. This is especially true for pitchers, who are used to consistent schedules and whose arms are easily injured. However, playing the game when the conditions are too wet is also dangerous.

When a rain delay is called during a game, players are sent to the dugouts or locker room to await word of a restart. Fans are allowed to remain in the stadium.

Lightning is an immediate cause for a delay. The rule of thumb is that the game will resume thirty minutes after the last lightning strike.

How long can a rain delay last in MLB?

If an umpire declares a rain delay before the game has begun, the delay is automatically at least 75 minutes long. This gives both teams enough time to regroup and warm up properly to avoid injury. 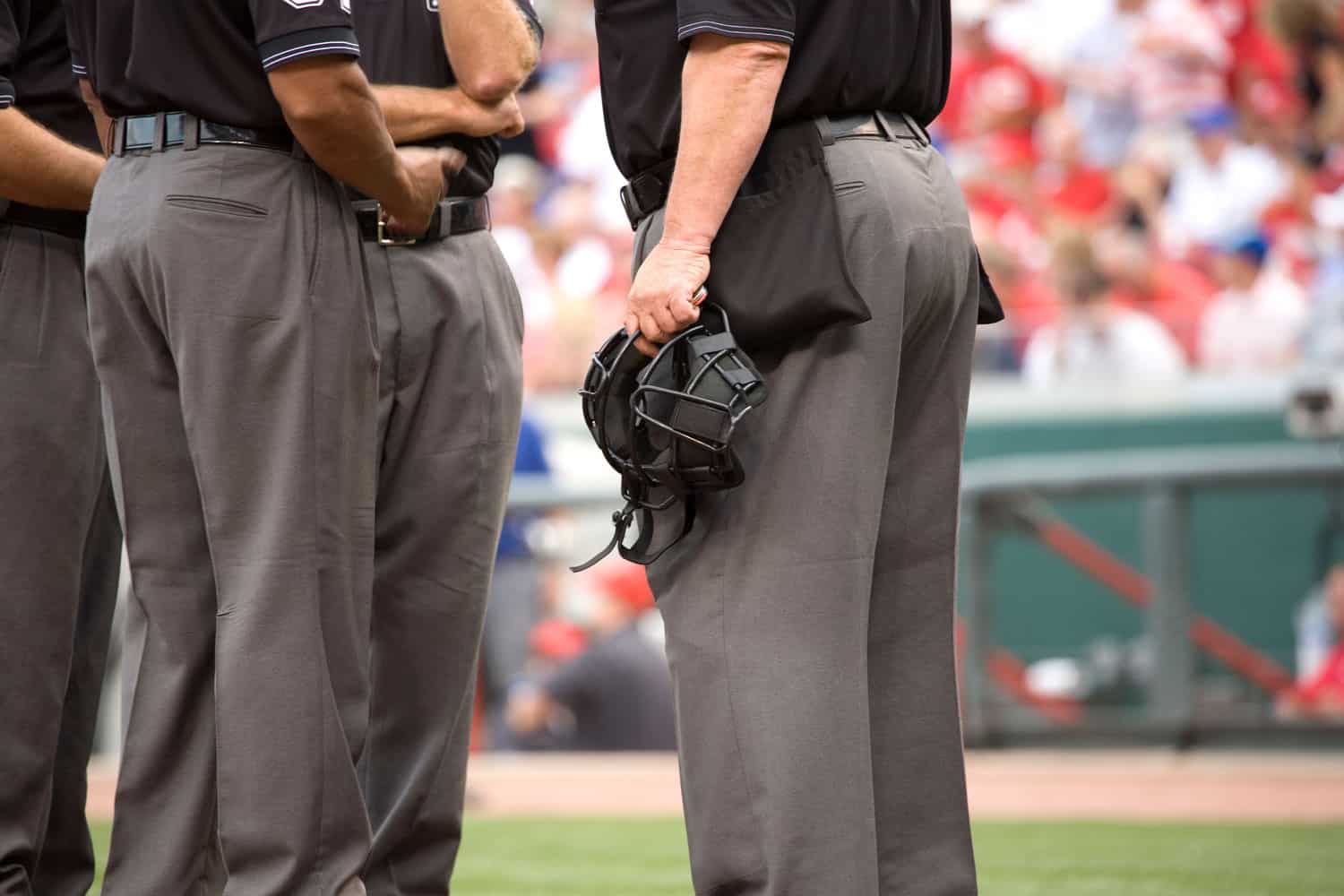 There is no limit to how long a rain delay can last, or to how many rain delays can be called in a single game. It is up to the umpire's discretion as to whether or not the game can reasonably be expected to finish on that day.

The only rule about the length of rain delays is that the umpire must wait at least thirty minutes before officially postponing the game to a different day. An umpire is not allowed to call a rain delay and then immediately declare that it will be made up at a later date.

Do you get a refund if a game is rained out?

Most professional baseball teams offer a "rain check" for fans. If the game to which you have a ticket is postponed, you can exchange that ticket with a ticket for a later date. Or, your ticket will automatically work for the rescheduled date.

Most teams will not offer a monetary refund for a rained out game, as outlined by the terms and conditions when you buy a ticket. However, some third-party ticket companies will offer you a full or partial refund. Be sure to check your ticket's terms. These rules might differ amongst professional and amateur leagues.

Baseball is fun to watch, but it can be even more fun to play! Read this article for advice on how to pick out a baseball glove.

Rain affects the game of baseball more than other sports. Thus, if it is raining too heavily, baseball games will enter a rain delay and might be postponed to a different date. This is for the safety of the players and the integrity of the game. Rain delays can be as long as the umpiring crew deems necessary, and there is no limit to how many rain delays a game can have.

We hope all of your baseball games are rain-free so that you can enjoy this great sport!

How To Keep Earbuds From Falling Out While Running? [6 Helpful Tips]

5 Types Of Resistance Bands To Know

Can Football Cleats Be Used For Running?

How Often Should You Do Zumba (Is Everyday Ok?)