Have you ever watched a football game and found yourself wondering what it takes to play the sport well? To be good at any sport, players have to practice and have a desire to succeed. They also need to have an understanding of the rules of the sport. Some sports are simple to understand and play, while others are more difficult. If you've ever wondered if football is easy or hard, we've determined the answer for you.

Football can be a hard game to play for several reasons:

If you ask football players if their sport is hard, more than likely, they'd respond, "Yes!" You'd likely hear players cite some of the same reasons mentioned above for this being a challenging sport. So, please read along as we take a closer look at what distinguishes football as a hard game to play. 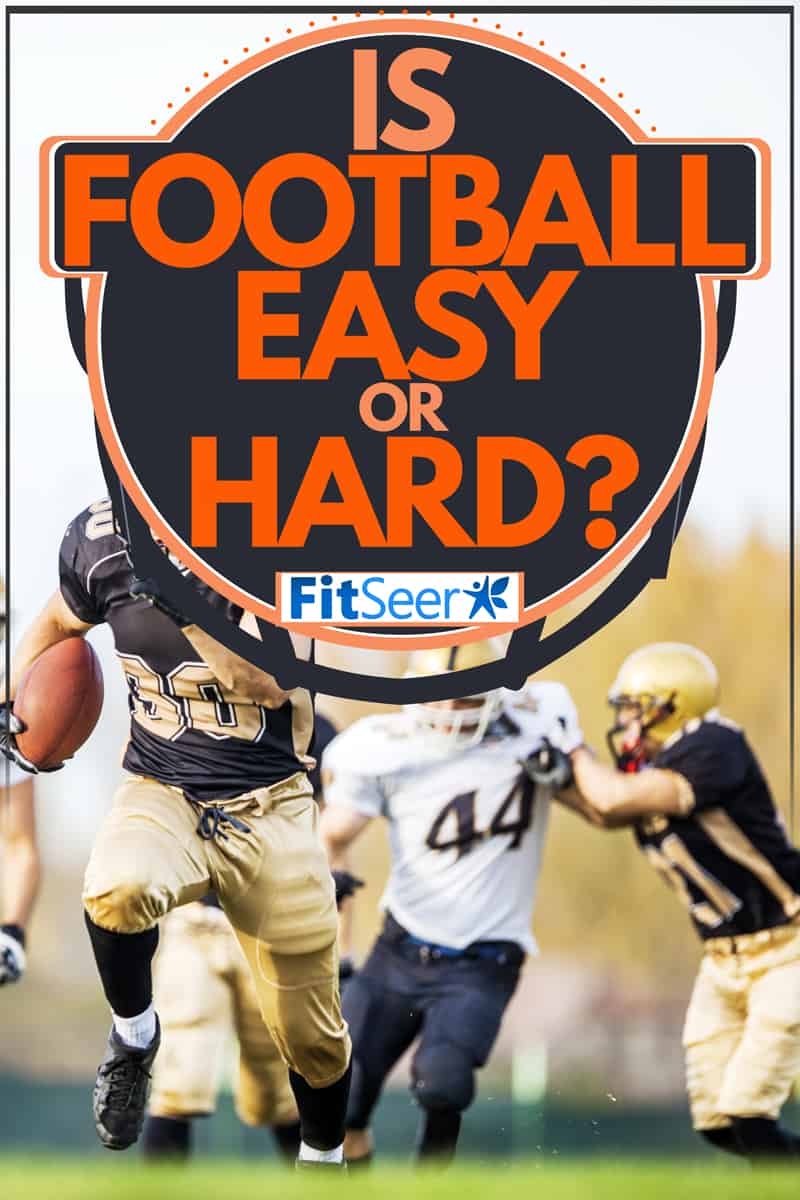 What makes football a hard sport to play?

Football requires players to expend both aerobic and anaerobic energy during a game. Players need to have strength, endurance, speed, and agility. In addition, football is a full-contact sport where players routinely make forceful bodily contact with each other during plays. This can result in both minor or major injuries to players. For these reasons, football players need to engage in physical conditioning regularly.

Rules of the Game

As with most sports, the object of football is to beat your opponent and win the game. But some rules must be followed while playing, and if they're not, it can result in penalties. Players need to be aware of the rules to not get penalties that could give the opposing team advantages. Getting too many penalties has the potential to result in a loss.

While the basic rules of football are the same at every level, some rules exist at the pro level that do not exist at the collegiate level and vice versa. It is vital that players demonstrate awareness of the rules that apply at the level of football for which they are playing.

Football requires both an offensive and a defensive strategy for teams to win games. These strategies involve utilizing different players, formations, and approaches to defeat opponents. Strategies may change during the course of a game, depending on the opposing team's strengths and weaknesses. Players need to know the different plays and how to execute them on the field with their teammates. They also need to adapt quickly to changes to plays depending on what is happening during the game.

We've established why football is hard to play; now, let's look at some other related questions that people might have about playing football.

Is It Harder to Play Football or Basketball?

Is Football Hard to Understand?

At first, football can seem hard to understand, but once you get a handle on the rules and understand how they are applied during the actual game, it will become much easier. There are many guides available to help players and fans alike learn the rules of football. Also, players utilize their teammates and coaches to help them understand how the game is played.

What Are The Basic Rules of Football?

The objective of football is to score more points than the opposing team before time runs out. Football is played on a field that measures 120-yards long and 160-yards wide. The field is marked with yard lines in five-yard increments. At both ends of the field, there are end zones. Players must get the football into the end zone to score points. There are four ways to score in a football game: touchdown, conversion, field goal, or safety.

The team that has possession of the football is known as the offense; the team trying to stop them from scoring is the defense. These designations change during the course of the game to fit who has possession of the ball and who does not. Each team can have eleven players on the field at a time. Football teams are comprised of players who are designated as offensive players or defensive players.

The offense gets four attempts to move the football ten yards to keep possession of the ball and stay on offense for a chance to score points. The defense tries to prevent the offense from gaining yards so that the defense will get possession of the ball, thereby switching them to offense so they can try to score. This is where the full-contact comes in. In order to stop the offense from moving the football forward, the defense can tackle a player who has the football or run into them to cause them to drop the ball. Defense can also make contact with offensive players to prevent them from getting into position to receive the football and move it forward.

How Can I Be Good At Football?

Just like with any other sport, the more you practice, the better you'll become. That means you'll have to be dedicated and committed to attending team practices and perhaps even doing some work outside of team practices, with a partner, to further develop skills like passing and tackling. If you're on your own, you might want to do drills to increase your speed and agility.

As mentioned above, football is a physical sport. Physical conditioning to improve strength and endurance will help you become good at football. It is hard to be considered good at football if you don't have the endurance to run down the field or the strength to block an opposing player. If you are not good at setting up or sticking to a workout routine, you could ask a teammate or friend to train with you to keep you motivated or hire a physical trainer.

Get Plenty of Rest

The physical exertion of playing football takes a toll on your body. Ensure that you get plenty of rest so that your body can heal itself, whether after a practice or a game. And a good night's sleep is definitely important before game day to make sure you'll be at your best on the field both mentally and physically.

No one likes to be criticized, but ask coaches and teammates what they think you need to work on and have them offer suggestions on how to improve. In order for this to work, you have to be willing to listen to what they have to say and not be upset when they point out your shortcomings.

This article presented why football is a hard sport to play, but it also provided additional information to help you understand the game and tips for becoming a better football player. When playing sports, it's always a great feeling when you win. However, the most important thing is to have fun!

Is Surfing Better At High Tide?

Should You Step When Hitting a Softball?

How Do You Keep Hair Dry While Swimming?