Football players hit hard, run fast, and routinely perform feats of incredible athleticism. However, their actual skills are often hidden by the high degree of talent possessed by their teammates and competitors. So, you are wondering, how fast can a football player really run? In this post, we gather up-to-date research and statistics to thoroughly answer your question.

Generally, the speed of football players is measured by how fast they run the 40-yard dash. The average speed of NFL football players varies based on their position. The slowest average is held by offensive guards, at 5.37 seconds. The fastest average is held by wide receivers at 4.48 seconds. The average speed of all positions running a 40-yard dash is 4.82 seconds. 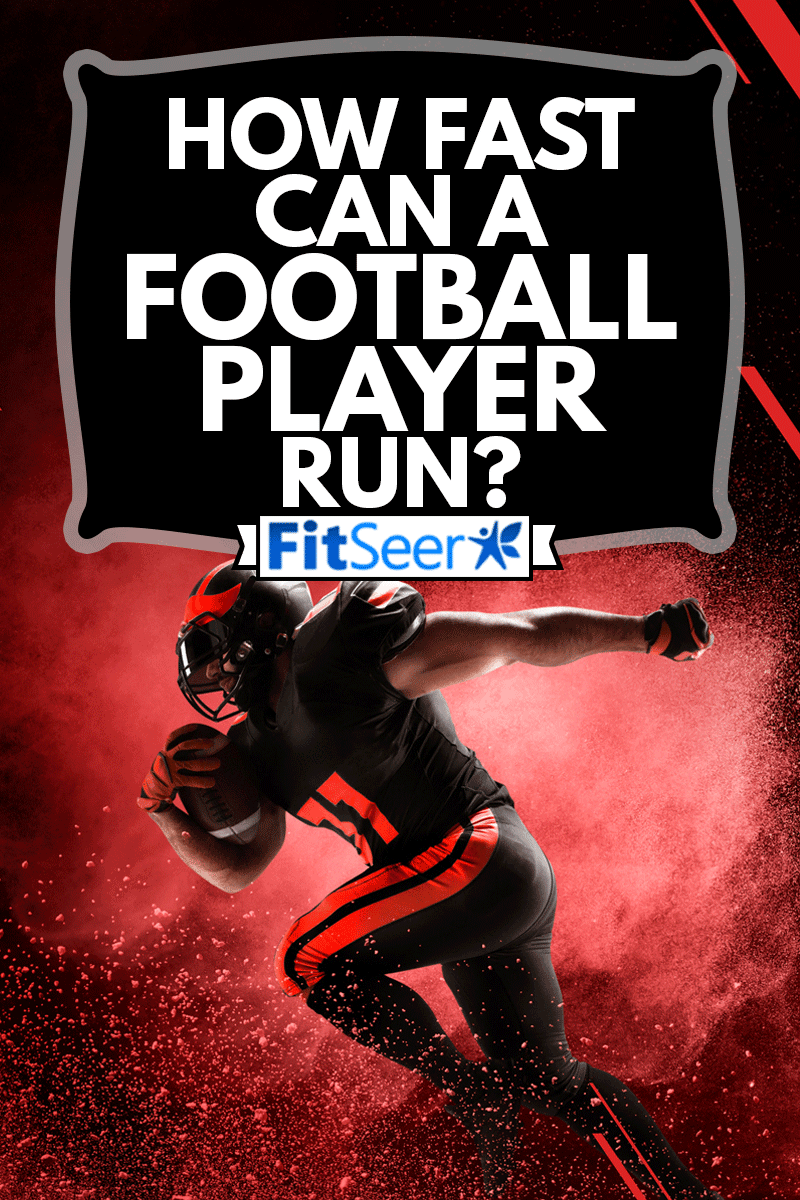 How is football player speed measured?

The primary measure of speed for football players is in the 40-yard dash (36.6 meters). Why 40-yards and not 50-yards or 30-yards? Well, 40-yards is also about the average distance of a punt. So, when play starts or possession shifts, the kicking team needs to run about 40-yards to meet the receiving team. 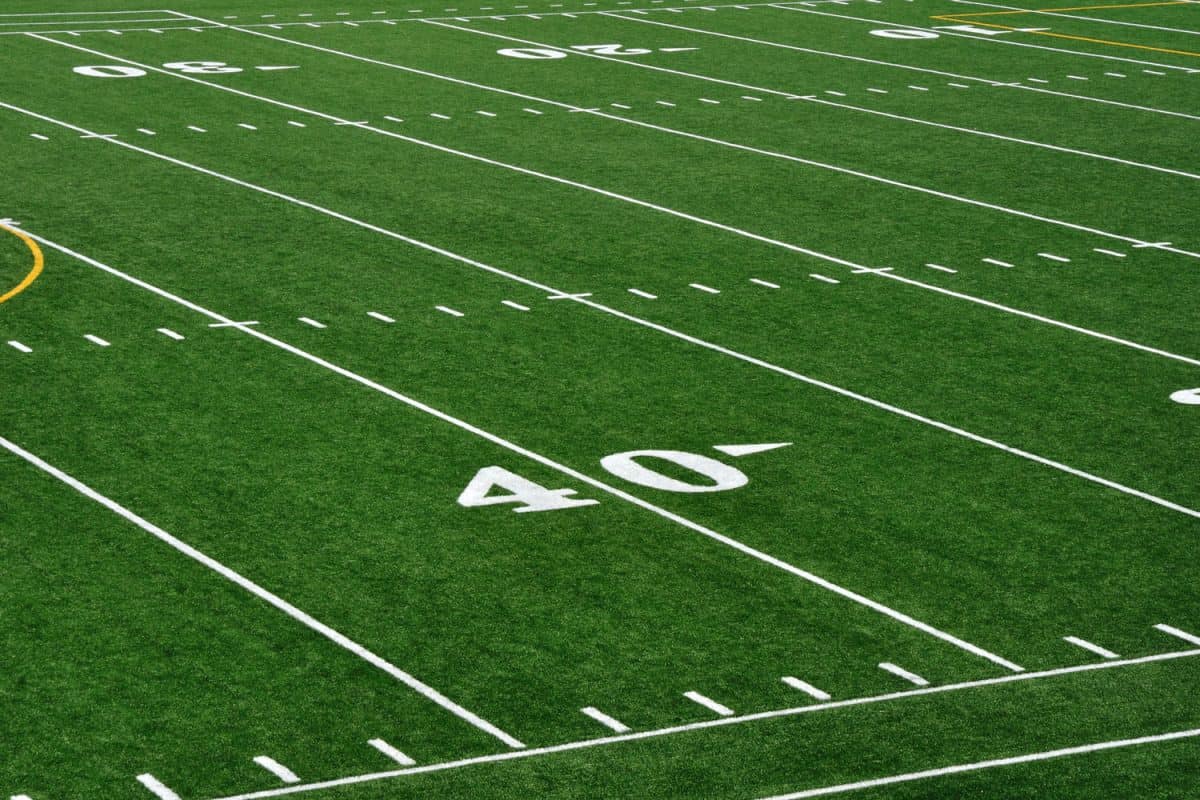 In fact, a punt is usually aloft for about 4.5 seconds. Thus, to continue the train of thought, players who can run a 40-yard dash in 4.5 seconds or less should be able to meet a punt as the receiving team catches it. This is the type of information useful to coaches and recruiters.

In addition to the 40-yard dash, there are two other speed measurements commonly taken of NFL players and NFL player prospects. These are the shuttle drill and the three-cone drill. These tests both require the players to stop and change directions at cones placed on the field. Some argue that because of the routine cutting and changing of directions these tests are actually better measures of player speed.

The average speeds discussed in the introduction to this post refer to NFL (National Football League) players. This is the highest level of professional football worldwide. As shown above, the average by position shifts by about 1 second from the slowest position of offensive guards to the fastest positions of wide receivers. The overall average is 4.82 seconds.

While the average of 4.82 seconds is a good general idea of how fast football players run, the actual speed of players ranges by over 1 second. Very slow times are just under 6 seconds while very fast times are under 4.3 seconds.

Who ran the fastest 40 in NFL history?

It is difficult to identify the fastest 40 in NFL history because of the changing measurement standards. In 1999, the NFL switched from a stopwatch timed 40 to a laser timed 40. This resulted in a significant increase in accuracy. In fact, stopwatch timing is proven to be unreliable by up to 0.5 seconds while laser timing is accurate down to the 100th of a second.

It is widely reported that Darell Green ran a 4.09 40-yard dash in 1986. However, this record is doubtful because of the stopwatch technique of the era. In the modern era, John Ross holds the record 40-yard dash of 4.22 seconds. He ran this time in 2017 and was drafted by the Cincinnati Bengals. 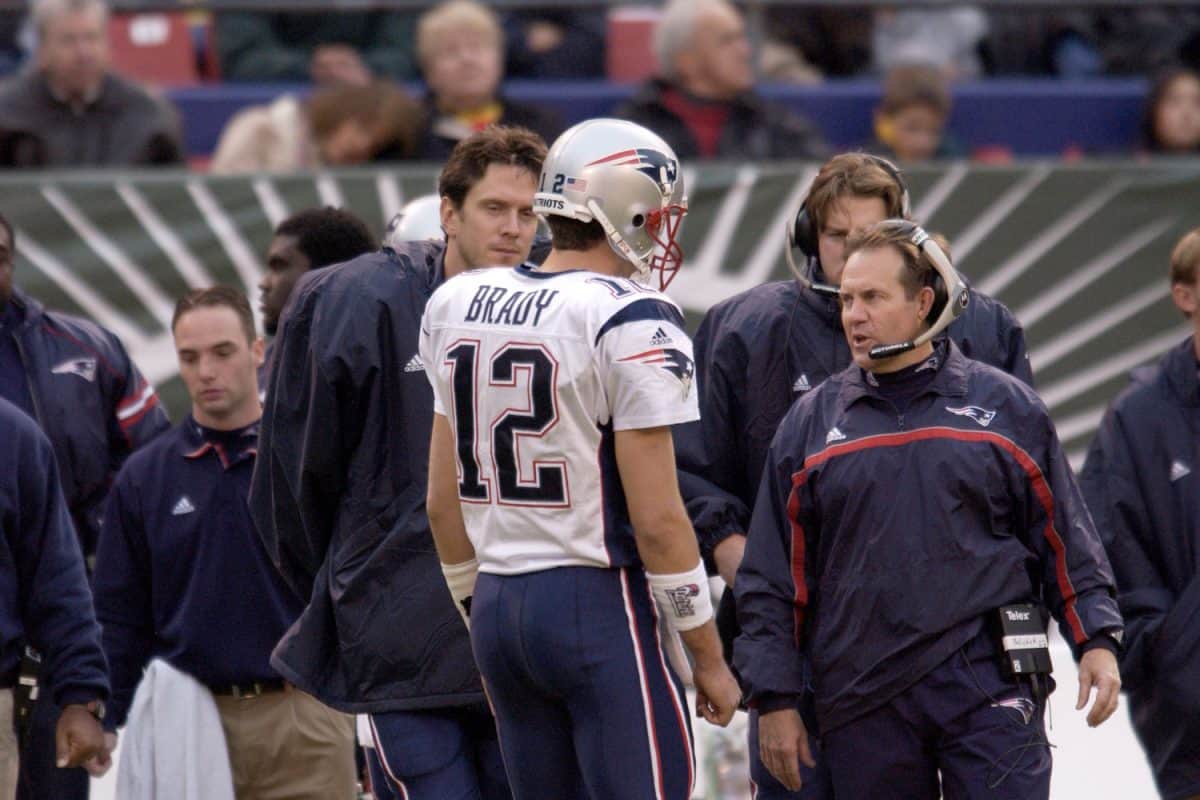 Tom Brady, while a very successful quarterback, is pretty slow. His 40-yard dash time is 5.28 seconds. This just goes to show that success is not just about player speed but also involves savvy, smarts, and practice. The average speed of NFL football quarterbacks is much faster at 4.98 seconds.

Official 40-yard dash times are measured at the NFL draft combine or other similar events. In this event, several measurements are taken to give NFL teams the statistics they need to find the players appropriate for their teams. In the 2021 NFL draft class, the fastest 40 was run by Anthony Shwartz of Auburn University at 4.26 seconds. The second-fastest time goes to Rondale Moore of Purdue University at 4.29 seconds.

Of active NFL players, the fastest 40-yard dash is held by John Ross at 4.22 seconds. Ross currently plays for the Cincinnati Bengals. The second-fastest active player is Marquis Goodwin at 4.27 seconds; he plays for the Philadelphia Eagles.

Generally, college football players are only 1/10th of a second slower than NFL players. This decrease in speed is a result of fewer years of strength and conditioning exercises as well as a larger pool of players to average from.

Generally, high school football players' 40-yard dashes are measured using stopwatches. Because of this, there is a lot of controversies claiming that reported high school times are inflated and/or inaccurate. High school times, because of the inclusivity of the sport, are all over the board. Anything under 5.0 seconds is really quite fast.

Defining a fast 40 is rather subjective. However, NFL scouts do have a few standards they often consider. If a player runs a 40 under 4.3 seconds, they are certainly running a very fast 40 (only a handful of players ever achieve this). In that light, any speed under 4.4 seconds is still relatively fast compared to the rest of the NFL player times.

How fast can the average person run the 40-yard dash?

While a second or two might not seem like a big difference, it accounts for a significant shift in ability on the field. Running a sub 5.0-second 40-yard dash requires not only inherited fast-twitch muscles but often speed-specific training.

Who is the fastest player in Madden 21?

The fastest player in Madden 21 is Tyreek Hill. This Kansas City Chiefs Wide Reciever also has an acceleration rating of 99. This means that Hill is both fast and reaches his fast speed very quickly. Henry Ruggs III is the second-fastest player in the game. 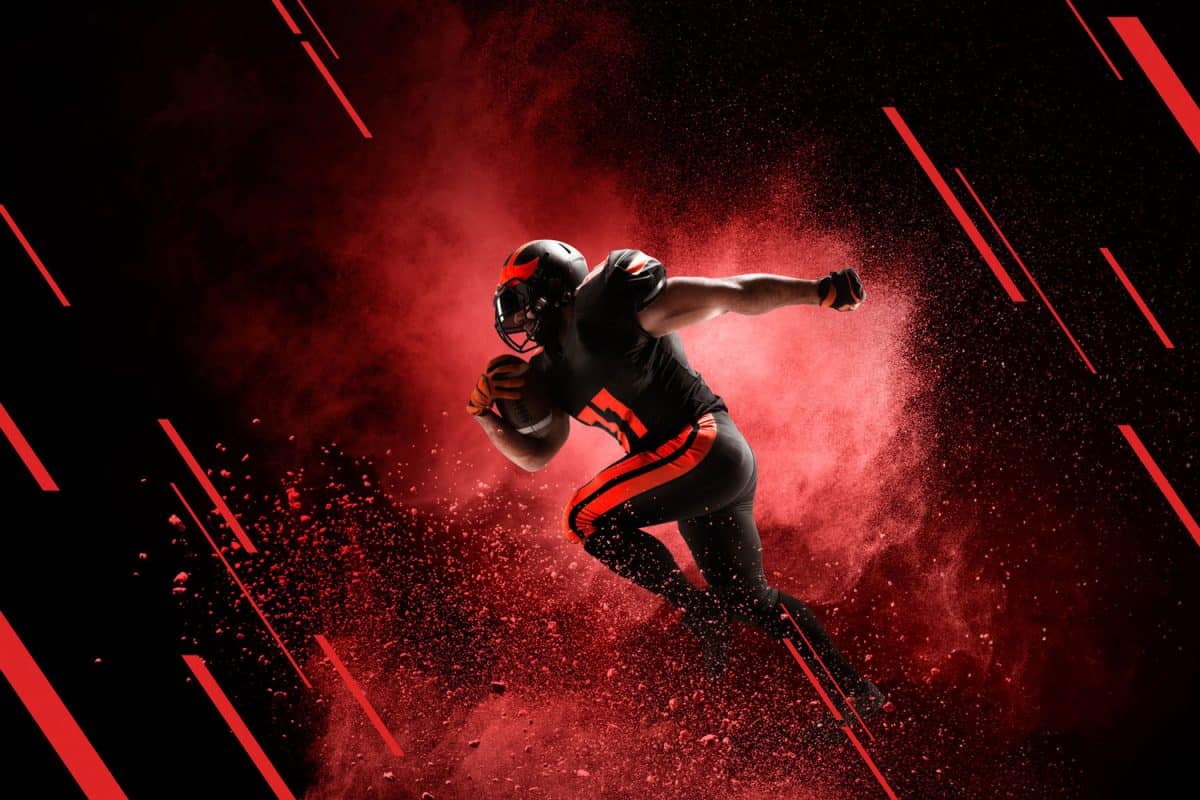 In this post, we answered how fast football players run and how their speed is judged. We included information on NFL, college, and high school players. Enjoy the game!

For more information about proper football footwear read this great article: 3 Types Of Football Cleats You Should Know.

To understand how best to tie those shoes, read this equally useful article: Should Football Cleats Be Tight Or Loose?

How Often Should A Football Helmet Be Reconditioned?

What Pants Do You Wear Snowboarding? [3 Options inc. examples]

Does Baseball Play in the Rain?

What Can I Use Instead of a Pilates Ring [7 Alternatives]