You are looking to understand more about the different positions that can be played in football. Perhaps you or your child is interested in playing on a team. Maybe you are a fan of the game and want to learn more about what each position does on the team. This post will break down the various positions and explain the job and purpose of each position. Keep reading to learn more.

Now that you know the number of positions that can be played in football, you probably want to know the specific players. This post will list all of the specific positions that can be played on offense, defense, and special teams. This post will also discuss the roles each of these players is required to perform. We will also talk about whether players can play multiple positions and the reasons for doing so. Keep reading to learn more.

There are 22 different positions that can be played, including offense, defense, and special teams. In high school football, it is common for players to take multiple roles. There are 11 players on the field at one time for each team. 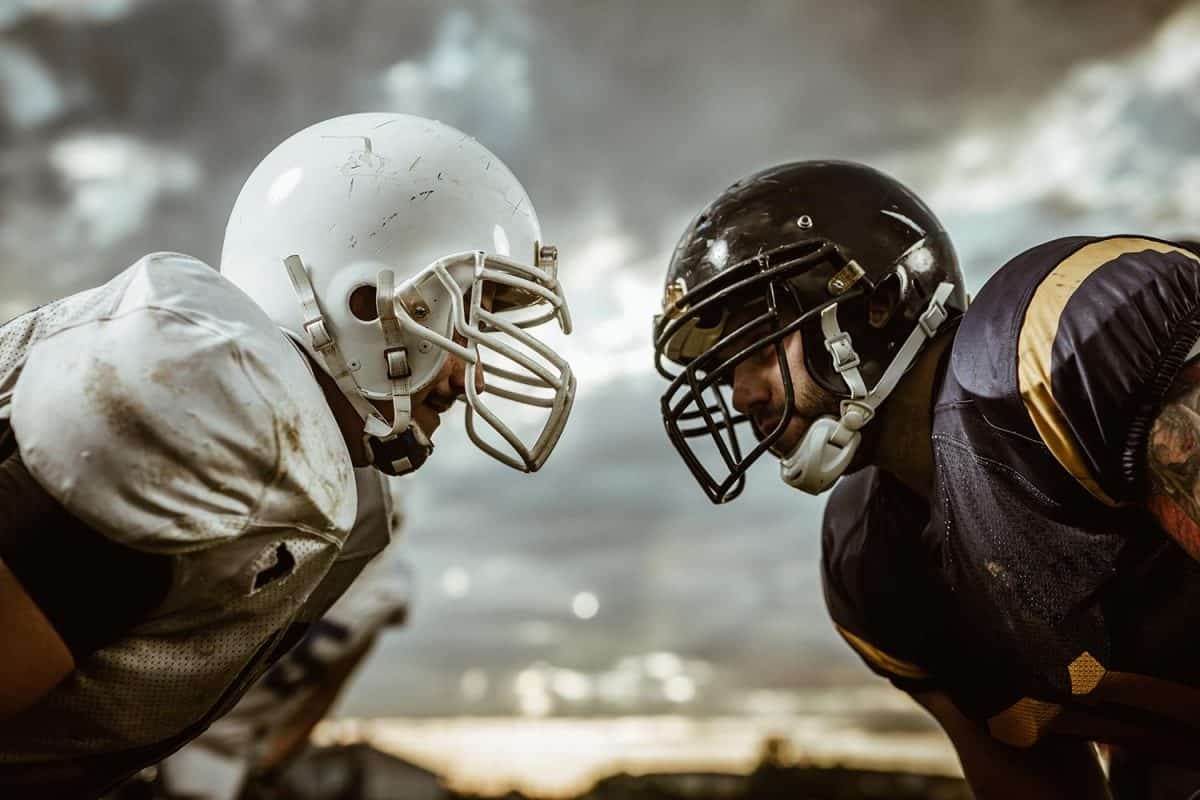 Linebackers are often considered the most important position on defense. These players line up about five yards behind the line of scrimmage. This is a versatile position. The linebacker can move up toward the line of scrimmage to tackle the ball carrier or move downfield to cover a wide receiver.

Defensive backs are responsible for covering receivers and preventing them from catching a pass from the quarterback. Cornerbacks line up against the best wide receivers while the safety lines up five to fifteen yards from the line of scrimmage toward the center of the field.

Special teams are the players that are on the field for field goals, punts, and kickoffs. This includes the offensive positions for blocking during kick returns, the fast players that can return the punt or kickoff, and the kicker. There is usually a punter and a field goal kicker in the NFL, but in high school, it may be the same person performing both duties.

What Is The Most Difficult Position To Play?

The most challenging position to play is hard to say with any certainty. Cornerback is a difficult position because it requires the player to be very fast, physically fit, and mentally alert. If the cornerback doesn't do the job properly, the other team will have an open wide receiver and easily score a touchdown.

Another difficult position is offensive tackle. The job of the OT is to block and protect the quarterback. When the OT doesn't do the job well, the quarterback may get tackled for a loss of yards. The OT is also supposed to block to make space for the running back. It is a physically demanding position with large defensive tackles pushing their way toward the ball carrier.

For more information about the physical nature of American football, check out this post: Is Football A Contact Sport? 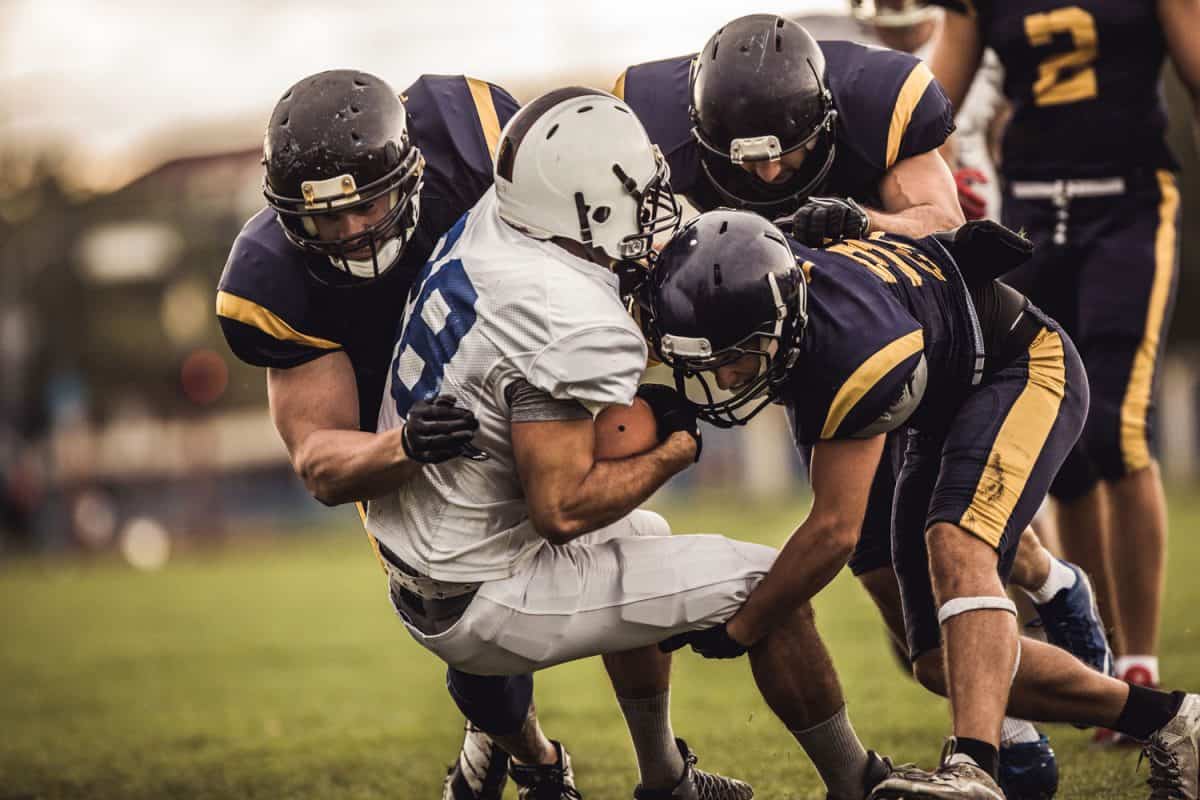 What Is The Easiest Position To Play?

The easiest position to play is wide receiver. This player needs to be fast to get open during a passing play, but that is the most demanding aspect of the position.

Wide receivers may have to block during running plays, but this is not the primary job of the receiver. Most plays will find the wide receiver on the sideline or running. This position is only physically demanding when you catch the ball, and the defensive back is trying to tackle you to the ground.

Football players may be able to run a 40-yard dash in about five seconds. Wide receivers and running backs usually run faster than positions on the offensive and defensive lines. For more information on the speed of football players in high school, college, and professional levels, check out this post: How Fast Can A Football Player Run?

There are NFL players that play multiple positions, but it is not as common in the modern-day. It is most likely that an offensive back or receiver that is fast will also play as a kick or punt returner. Kordell Stewart played primarily as a quarterback but occasionally played as a wide receiver. Deion Sanders played as a wide receiver, cornerback, kick and punt returner.

Football players can switch positions during the season or even during the same game. They might do this if there is an injury on the team or if a particular player has valuable skills that can be used in multiple positions.

The only caveat is that players wearing numbers 50-79 are considered to be non-receivers. The referee needs to be notified before a player with this number can be switch to become an eligible receiver.

Click here to buy this Football Rules & Positions For Dummies Book from Amazon.

Why Do Players Switch Positions?

There are several reasons why a player may switch positions. The coach may decide to do a surprise play while utilizing the unique skill of certain players for specific kinds of plays. Sometimes injuries may take out the primary player and the backup, which could call for another player to switch positions.

Special teams positions don't play as many plays as offensive and defensive positions. For this reason, it makes sense for players that usually play offense or defense to also have a position for special teams. Wide receivers are faster than most players on the team and can be useful as a kick returner or punt returner, a special team position. 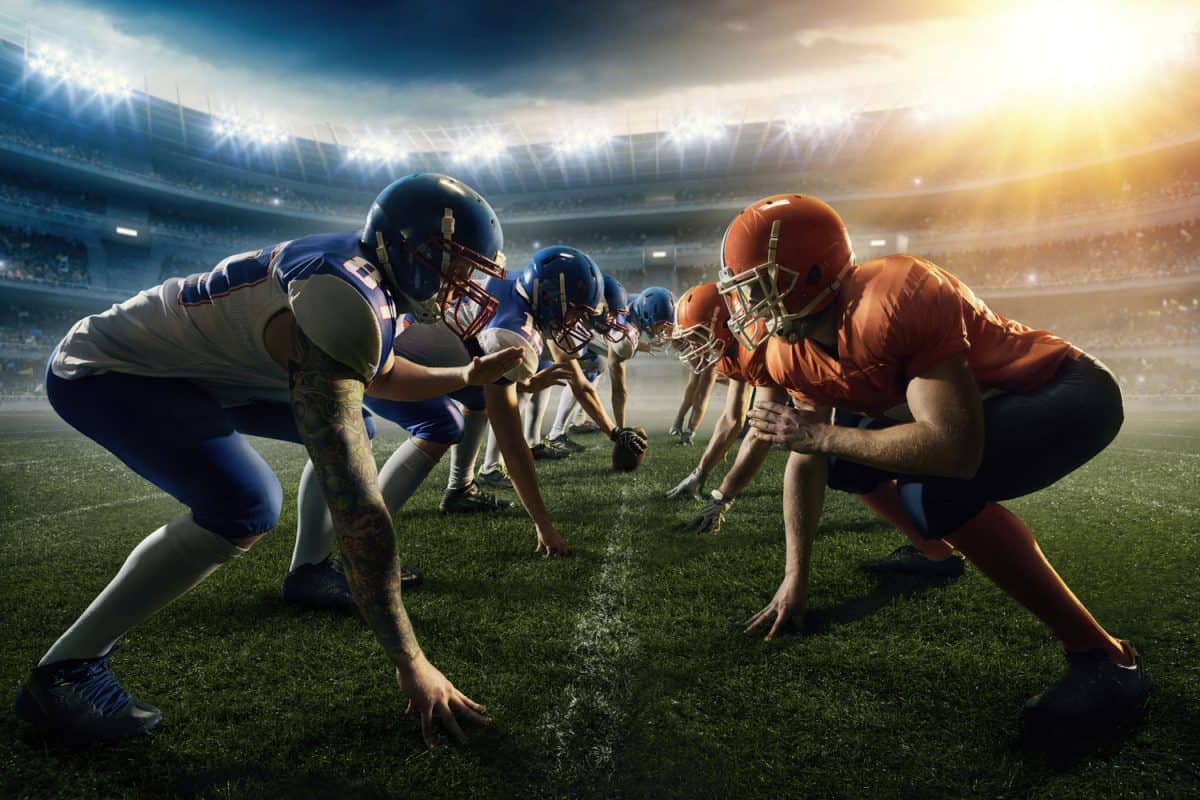 There are 22 different positions that a person can play on a football team. This includes the positions on offense, defense, and special teams.

One player can play multiple positions, but this is more common in high school and collegiate football. It does occasionally happen with professional football and the NFL, but it is still rare. Players may play multiple positions when they have unique skills that can be utilized in other areas, or they may switch players to cover for injured players on the team.

How Long Should A Resistance Band Workout Last?

How Can I Practice Basketball Indoors? [5 Suggestions]

10 Types Of Surfing Sports You Could Take Up

What Is A Net Point In Tennis?