You need to get the ball through the hoop to score in basketball. However, how wide is the rim itself? We have done the research to help answer this question.

All regulation basketball rims are is 9 inches wide. The rim is made out of high tensile carbon steel and is 18 inches in diameter. Then, netting is attached to the rim to make it easier to identify if the basketball went through the rim or net.

Basketball is a fun team sport, but it does take practice to score it. In this article, we will take a closer look at the size of an NBA basketball rim. In addition, we will answer other frequently asked questions about the NBA, so read on! 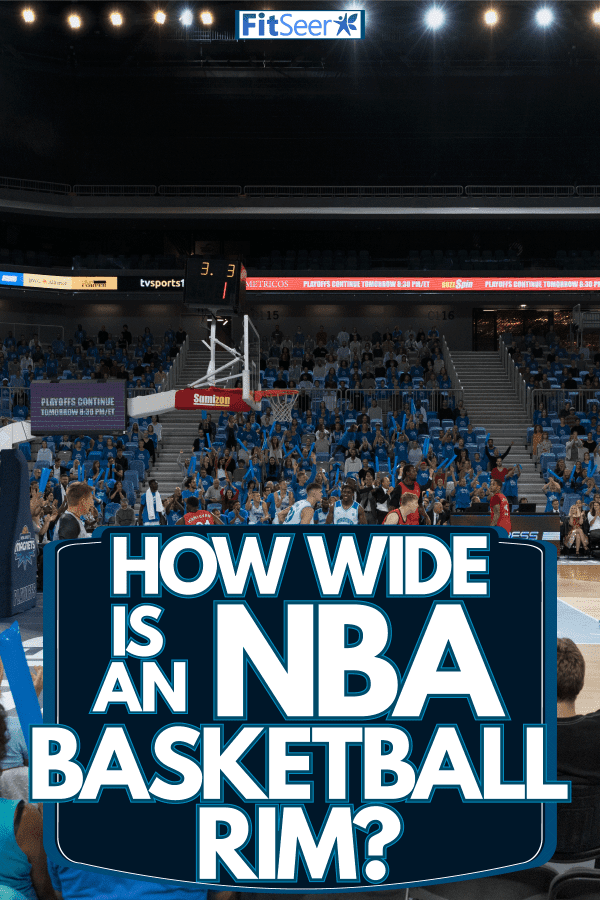 An NBA rim, or hoop, is 9 inches wide, while the diameter of an NBA basketball is 9.43 and 9.51 inches. The rim is made out of high tensile carbon steel and is a total of 18 inches in diameter. The netting is attached to the rim to make it easier to determine if a basketball went through or not.

The basketball rim is ten feet from the ground. It is the same in every NBA arena and for women and men college, high school, and junior leagues.

The only time the rim height might change is for peewee basketball games. This would be when children from the ages of five to eight are involved. 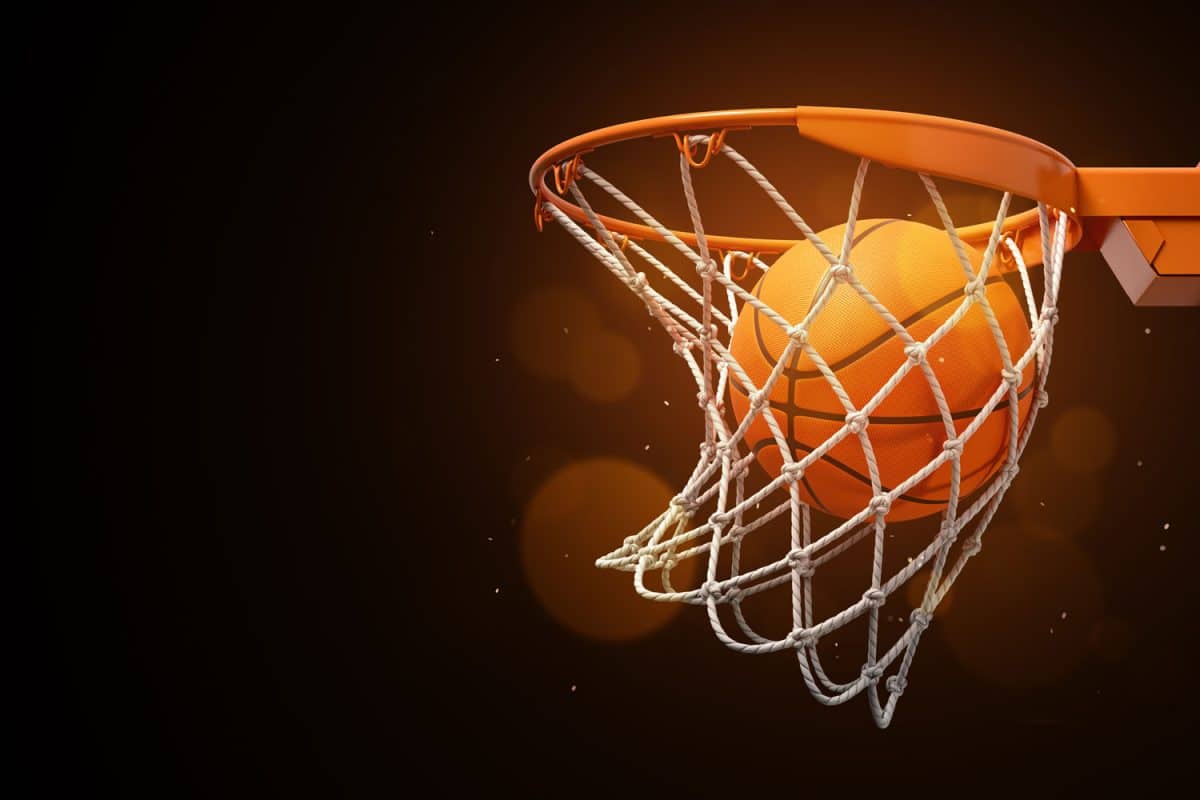 Is NBA rim bigger than college?

The basketball rim is the same in all levels of basketball. This includes peewee, women's, men's high school and college, and the NBA.

The size of the rim won't change, and it will always be 18 inches in diameter. In addition, the height will always be ten feet from the ground unless shortened for peewee games.

Is the NBA rim metal?

The primary material of the NBA rim is high tensile carbon steel. This ensures that the rim will last a long time. In addition, it makes it able to hold up with players dunking.

The rim itself weighs around 8 lbs. Therefore, the tip of the rim can hold about 230 pounds of hanging weight. However, the rims will become weaker over time if they are being dunked on continuously.

In addition, outdoor rims may not last as long. This is because they are subject to more wear and tear from the weather.

Does a basketball hoop need a net?

Yes, when you play basketball, the goal is to get the ball in the net. While players could retrieve and shoot a ball that went through the rim, it's easier to retrieve the ball from the net.

It also makes it so players don't have to argue whether a shot was good. Instead, a player can take the ball out of the net and keep playing.

In addition, the rim and net help players judge their shots better. In leagues, there will always be a net on the rim. However, for parks, the net could wear or break, resulting in the removal of the net.

You can still play basketball without the net, but it will be harder to determine if a shot was good or not. This is why it's always recommended to have a net attached for convenient and clear play.

What is the regulation size of a basketball backboard?

The regulation size for an NBA backboard is 3.5 feet high and 6 feet wide. In addition, the inner rectangle on the backboard is 24 inches wide by 18 inches tall. 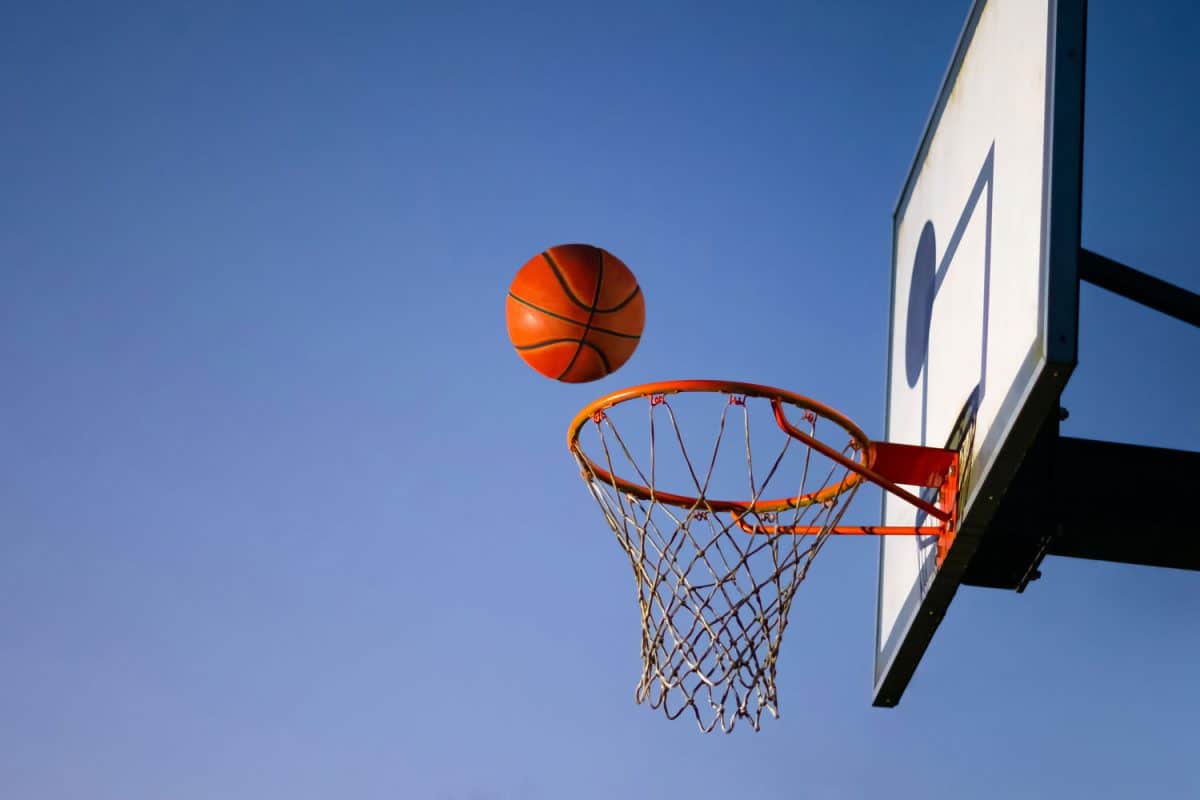 Is the NBA backboard glass?

Yes, the NBA backboard is made of 1/2 inch thick tempered glass. This provides players with a surface to rebound the ball off while also sturdy enough not to break during practices or games.

NBA backboard glass can be subject to breaking if hit hard enough. In addition, it is easier for the backboard to crack during cold weather. This is why it's important to avoid dunks and high-impact rebounds during the game's play.

Did LeBron break a backboard?

During his high school playing years, LeBron James did break a backboard. While playing for St. Vincent-St. Mary High School, LeBron dunked the ball so hard that the backboard shattered.

As you can see, even though the backboards are meant to be shatterproof, it is still possible to break a backboard if a dunked ball is done with enough force. Unfortunately, LeBron has not managed to repeat breaking the backboard during his college and NBA careers.

How many backboards did Shaq break?

During his 19 seasons as a professional basketball player, it is said that Shaquille O'Neal damaged or broke over 12 basketball backboards. However, how many he has broken over his entire basketball career is unclear, including high school and college.

This is quite a feat that Shaq was able to break so many backboards. This is because basketball backboards are made to withstand the force of hard dunks. Yet, he still managed to break them after using his full power and momentum during slams.

How often does an NBA rim net need to be replaced?

Basketball rims net usually need to be replaced every 1-5 years. The more often you play, the faster you need to replace it.

The NBA and other leagues will remove backboards with large cracks. The reason for this is to prevent the rims from falling apart, which could result in injury.

This is why it's essential to check basketball nets and backboards. In addition, players should inspect their equipment before playing a game or practice to ensure that all equipment is in order.

What is the longest NBA shot made?

Baron Davis did the longest made NBA shot in 2001. While playing with the Hornets, Baron Davis made an 89-foot shot from across the court. The shot was a swish made through the hoop while having a Milwaukee Bucks defender guarding him.

This shot was a contender for the craziest NBA shots ever made. The angle, speed, and accuracy of the ball are what made it so incredible. The chances of making the shot are slim to none!

The second-longest shot was made by the great Magic Johnson at 84 feet. This was during his time with the Lakers when they played the Denver Nuggets in 1991.

It is interesting to note that while both shots were sensational, Baron Davis's shot was more documented and discussed over time.

How old do you have to be to play in the NBA?

A player must be 19 years or older to play in the NBA. This means that players can go directly from high school to the NBA if they are good enough. Several players have been able to do so and have successful careers.

These players have paved the way for others to jump directly from high school to the NBA. They are held as role models by many young basketball players considering making this leap.

It is pretty tough to go straight from high school to the NBA. This is because you are quite a bit younger than a majority of the professional players in the league who have more years of experience. 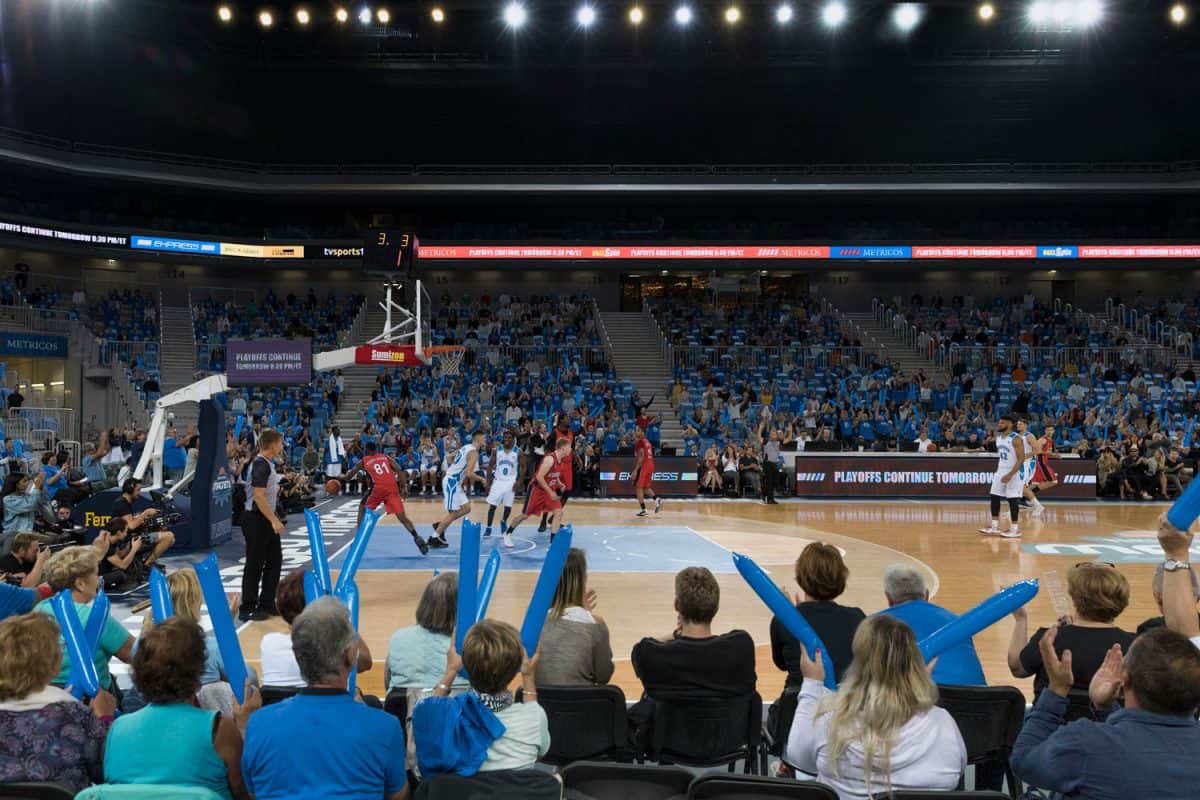 Basketball is a fun sport with many unique parts to it. There are many things that players should make themselves aware of before playing the game. This includes being aware of the rules, ensuring you have the proper equipment, and knowing strategies to win the game.

If you like this article, then you should also read:

How Big Is A Basketball Backboard?

Can You Use Any Boots For Snowboarding?

Do Football Helmets Have Speakers?

How Big Is A Squash Ball?