Football is an iconic sport with deep American roots. But if you are unfamiliar with football, you might have some questions about it, namely in regard to the amount of contact involved in the sport. So, is football a contact sport? We did the research to bring you the answer.

If you still have some questions about the degree of physical contact in the game of football, don't worry. In this guide, we'll discuss the topic in detail to help you better understand how physical contact plays a prominent role in the game of football. We'll also talk about the most dangerous and safest football positions, and we'll also provide some recommendations for safe sports to play. Just keep reading! 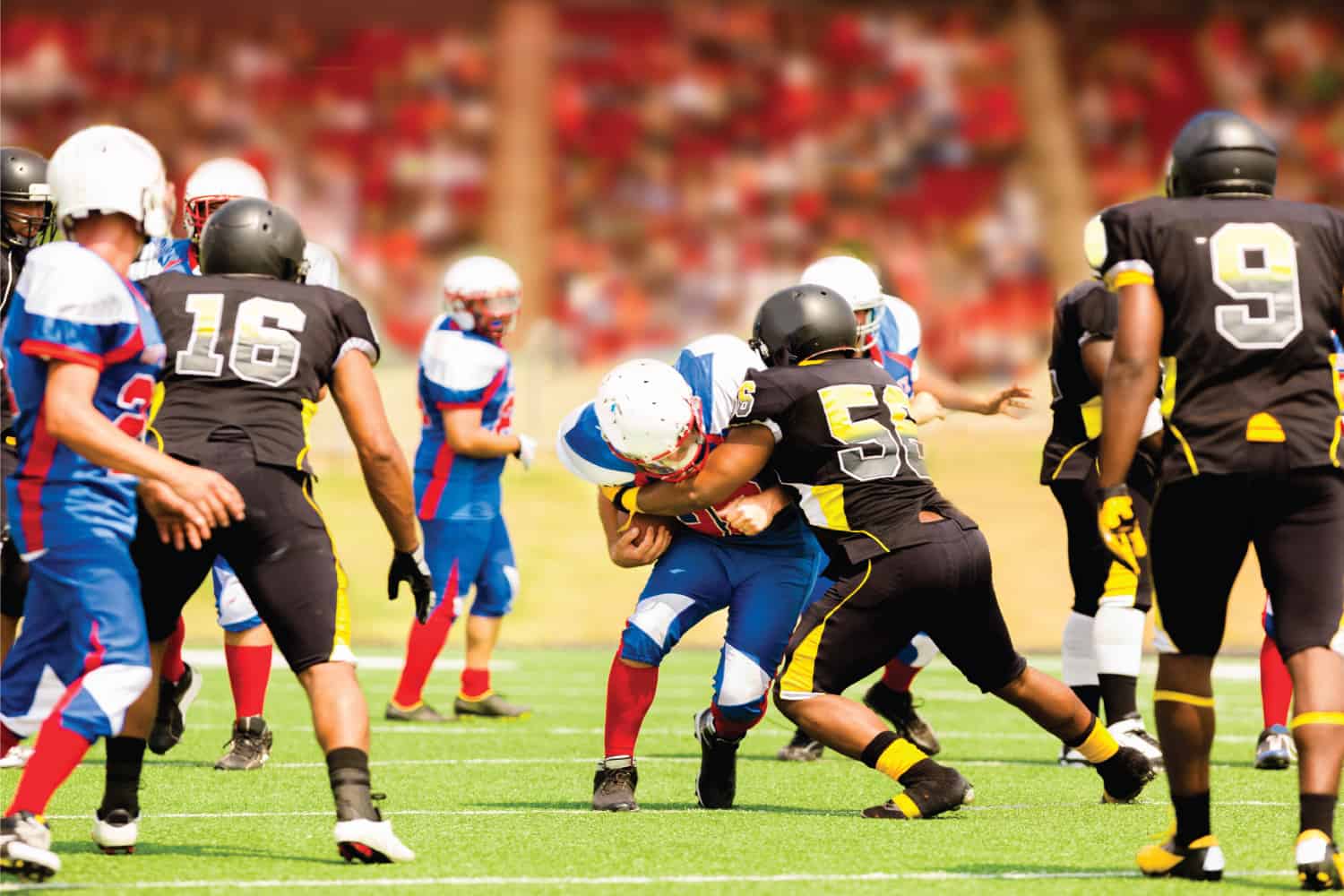 Simply put, one team's objective is to get the football to the endzone to score a touchdown, and the other team tries to prevent this from happening with brute force. The opposing teams collide as the players on the defense try to tackle the ball-carrier, and the players on the offense attempt to block the defense, keeping the players at bay and creating a clear path to the endzone. Needless to say, this process involves a lot of intense physical contact.

To get a better idea of the amount of physical contact in football, take a look at some of the hardest hits in NFL history:

As you can see, every player on the field is involved in some form of physical contact during each play. And, most notably, some are hit particularly hard. This video highlights the bodily trauma players often experience on the football field.

Though there are numerous protective measures taken in the game of football such as pads, helmets, strict rules, and penalties, there's no denying that the game remains inherently dangerous. Football players succumb to a myriad of injuries that result from both the athletic nature of the game as well as the often severe physical trauma players experience.

According to NCAA data collected from the 2004 through 2009 seasons, the most common injuries among football players were ligament sprains. However, concussions accounted for a whopping 7.4 percent of all injuries reported, a staggering statistic given the serious nature of brain injuries. There were also a few catastrophic spinal cord injuries reported during the timeframe being analyzed. 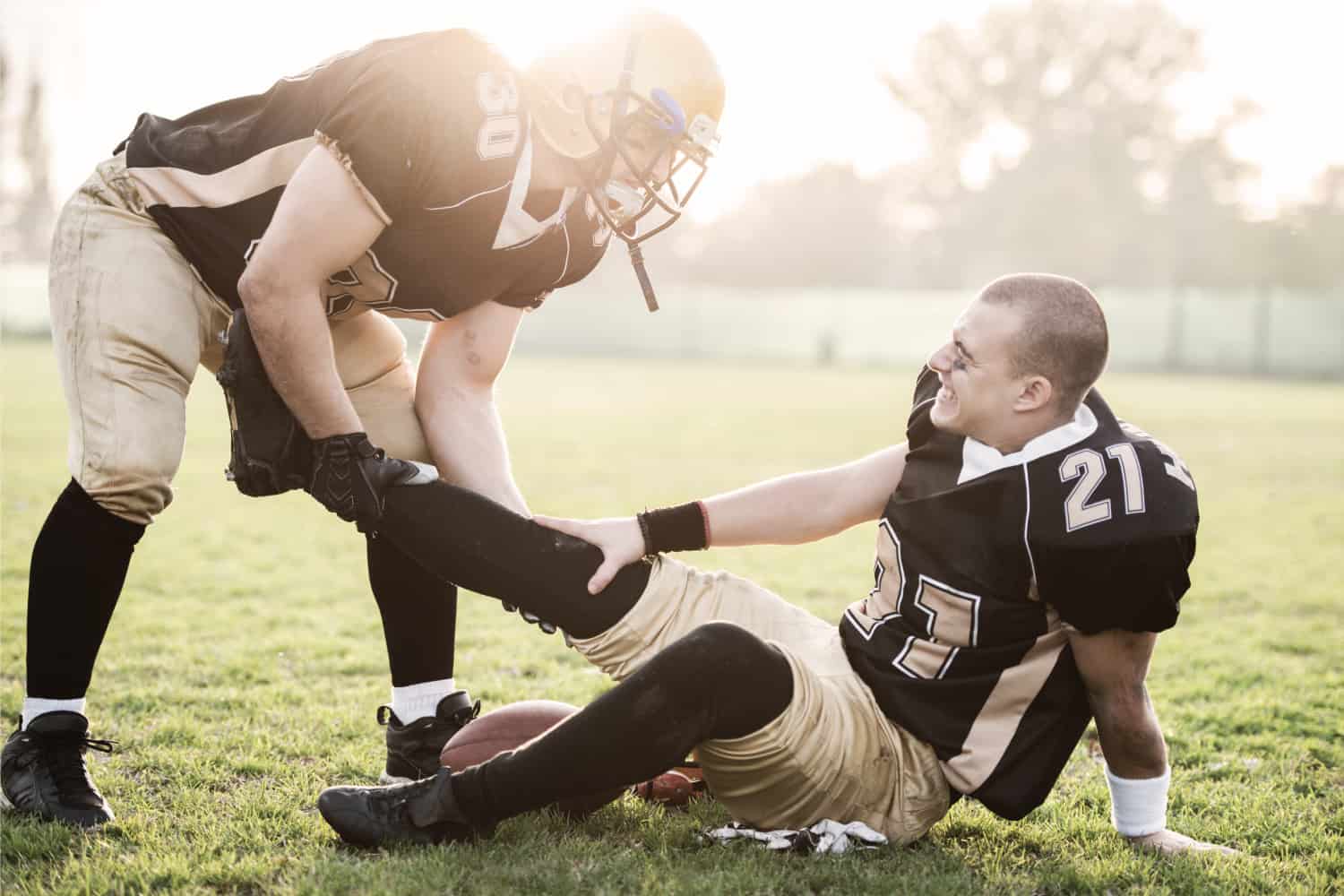 The topic of brain injuries in football has become a popular topic in recent years. The prevailing medical consensus on the matter is that football players are at a particularly high risk of getting serious brain injuries like concussions and chronic traumatic encephalopathy (CTE), a brain disorder caused by repeated head injuries. CTE might not be evident immediately, but it becomes evident in the years and decades following the series of repeated severe head trauma.

While there is some amount of risk involved in the majority of sports, football is undoubtedly the most dangerous in terms of the likelihood of succumbing to a catastrophic bodily injury. There are rules and penalties for violating those rules that serve to incentivize safe play (relatively safe, that is), but football remains a physically rigorous and dangerous sport despite these safeguards.

What Is The Most Dangerous Position In Football?

While every football position has the potential to see physical contact to a certain extent, there are some that see an exceptionally high level of physical contact and are thus more dangerous.

Of all of the contact-heavy positions, the running back position is most dangerous. The running back is frequently tasked with running headlong into the thick of the defense in an attempt to break free for the endzone.

What Is The Safest Position In Football?

Now that we have discussed the most dangerous position on the football field, we'll talk about the position that sees the least amount of physical contact with the opposing team. And that position is: the kicker. 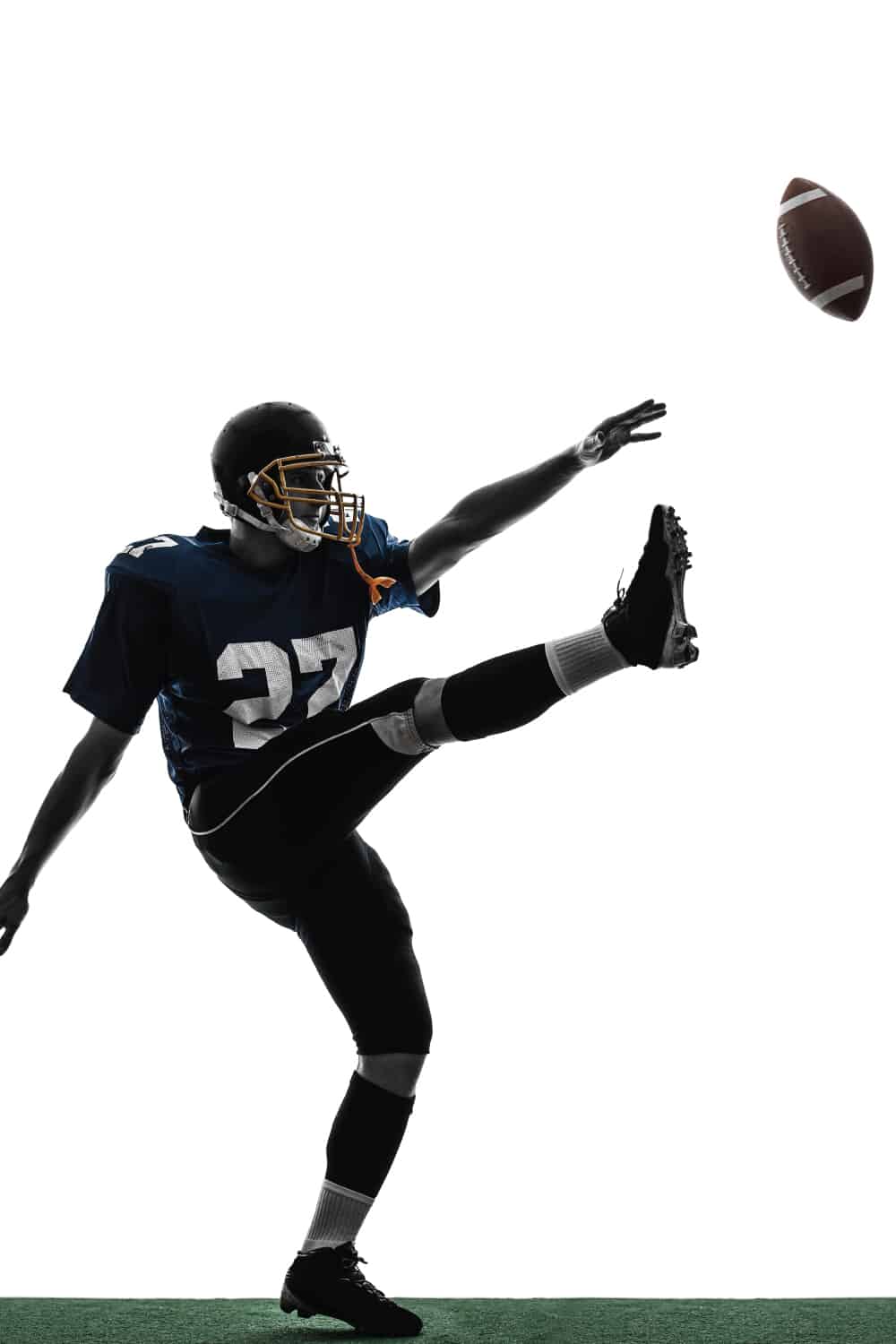 The kicker takes the field a few times per game to kick off following a touchdown or to kick a field goal. While the kicker can certainly be hit or otherwise involved in physical contact, this doesn't happen frequently. Kickers are an integral part of a football team, but they are generally spared the severe contact that comes with the other positions on the field.

At this point, it might seem like American football is the most contact-heavy sport, but in reality, martial sports like mixed martial arts (MMA) and boxing involve the most contact of any sport. After all, the explicit goal in these sports is to inflict bodily harm on one's opponent. This results in matches that are often gruesome and intense.

What Are The Safest Sports?

While there is some degree of risk inherent in any sport, there are some that are extremely safe with minimal risk of injury. If you're looking for a safe sport to enjoy, then you're in luck; we'll discuss three of the safest sports for you to consider.

Tennis is a fun sport that involves no physical contact with one's opponent, but it still provides a challenge. Tennis is a game of skill and athleticism; players must be in peak physical condition with highly-developed motor skills and coordination. If you're looking for a fun sport that will keep you constantly on your toes without the physical risk of contact sports, consider taking up tennis.

Swimming is another great option for athletes looking for a safer sport to play. Swimmers have to be extremely fit and adept in the water. Not only is swimming a great safe sport, but its health benefits can't be understated.

Golf is another safe and timeless game. Golfers are highly skilled in their craft, and they enjoy the outdoors with minimal risk of bodily injury. In fact, golf is touted as a sport that even elderly people can play.

We hope this guide has helped you better understand the amount of contact involved in the game of football. If you're uneasy about the risk of injury in football, consider taking up one of the safer sports mentioned. And before you go, be sure to check out these other sports guides that might be of interest:

Pilates Mat Vs. Yoga Mat – Everything You Need To Know

Do You Wear Shoes When Doing Pilates?

How To Build A Concrete Basketball Court? [5 Steps]