While tennis is a popular game and fun to watch, a beginner can easily be confused by the scoring. Once you learn the basics of scoring, it is easier to follow. However, certain terminology isn't as easy to explain or understand. For example, you might be wondering what a net point is in tennis. We're here to help answer this question for you. 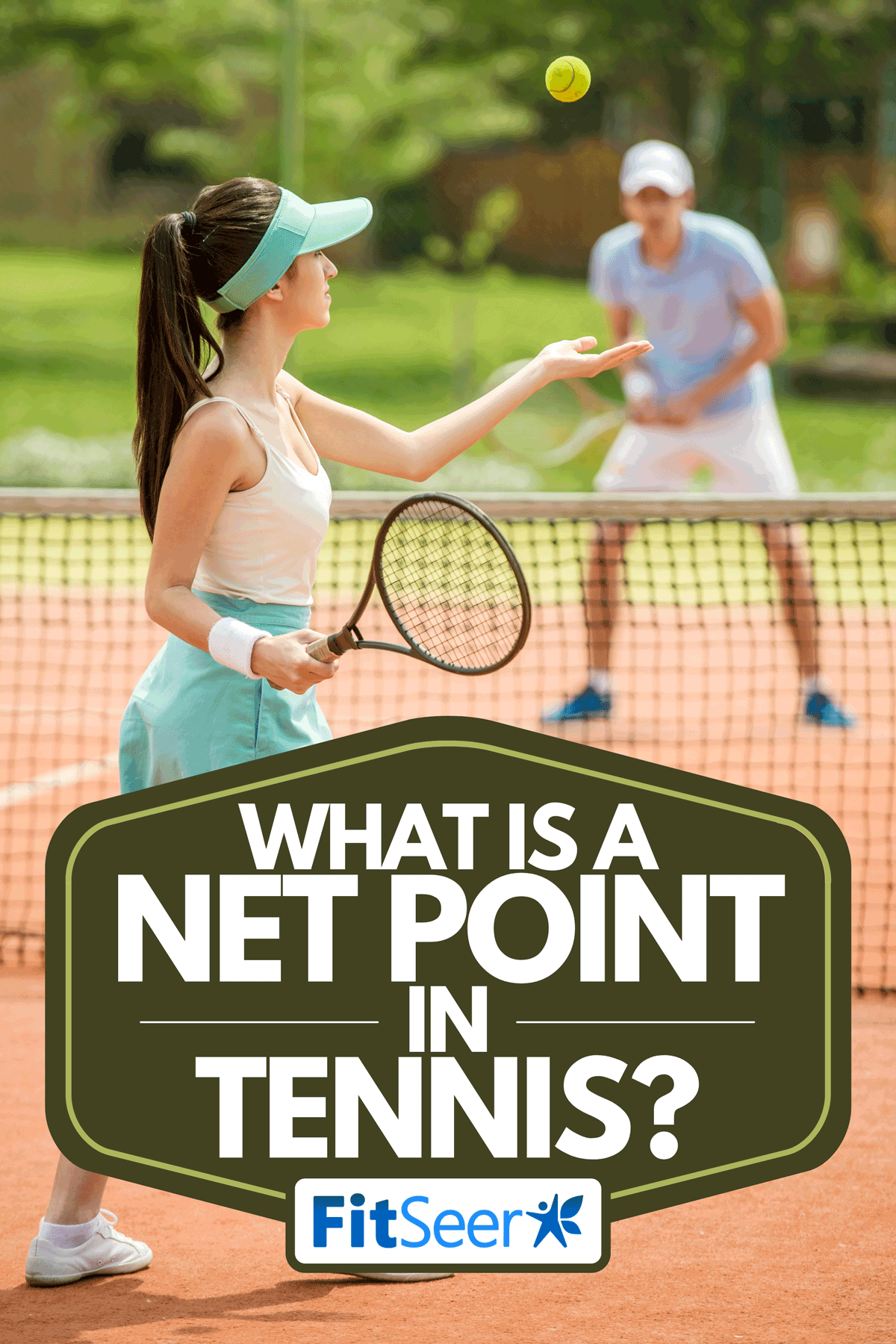 The baseline on a tennis court is the line furthest away from the net but still in bounds. When you stand close to the line and make a point, it is a baseline point.

You would score from here if your opponent returns the ball with a powerful stroke, sending it toward the edge of your side of the court. If you hit the ball from the baseline and your opponent isn't able to return it, you scored a baseline point.

A net point doesn't yield a different score than a baseline point, so one is not preferred over the other in that sense. However, your position on the court says a lot about your power position in the game.

You have the potential to earn more points while approaching the net because this position can be intimidating for newer players. They must anticipate where the ball is going to land and attempt to meet it there to keep the ball in play.

On the other hand, playing from the baseline is less intimidating to an opponent because you are further away. The opponent is also better able to predict where the ball will land once they get to know your return style from that position.

How Do You Win The Net In Tennis?

Another term for winning the net is dominating the net. As we've explained, scoring from the net is a great strategy because it keeps your opponent guessing. They also have to do more work to return the ball, making them fatigue more quickly.

Strategies To Win The Net

As we discussed, net points aren't any more valuable than baseline points, but scoring them gives you a big advantage in the game. Below are some strategies to help you win the net.

Get Your Opponent In Trouble

If you put a lot of power into your hit and it will land far enough away from your opponent that he or she has to struggle to reach the ball, take advantage of this by moving closer to the net. Their return will be weak because of their struggle, so you can easily return it with more force.

Other Points You Should Know

Now that you know the difference between a baseline point and a net point, let's discuss some other points you might hear about in tennis.

A breakpoint occurs when one player is a point away from winning the game, but the opponent has serving rights. The point scored to win the game would break the opponent's serve, so it is called a breakpoint.

A game point is the opposite of a breakpoint. In this situation, the player leading and needing one more point to win has serving rights. If that player is the next to score, they earned a game point.

How To Receive Serving Rights In Tennis

Of course, to understand the difference between a breakpoint and a game point, you need to know how and when a player gets serving rights.

When the game begins, the right to first serve is determined by a coin toss. Once a ball is served and remains in play, the play continues until someone earns a point.

When the point is earned, that play is closed, and the person who hasn't served gets a turn. The right to serve switches after each play is closed.

Can You Win A Game Of Tennis By One Point?

According to the USTA, you can win by one point if the game is tied, however. If you and your opponent each have four points, whoever wins the next point will be the winner. Regardless of whether that is you or your opponent, the final score would be 5-4, meaning someone won by one point.

What Is The First Point In A Tennis Score? 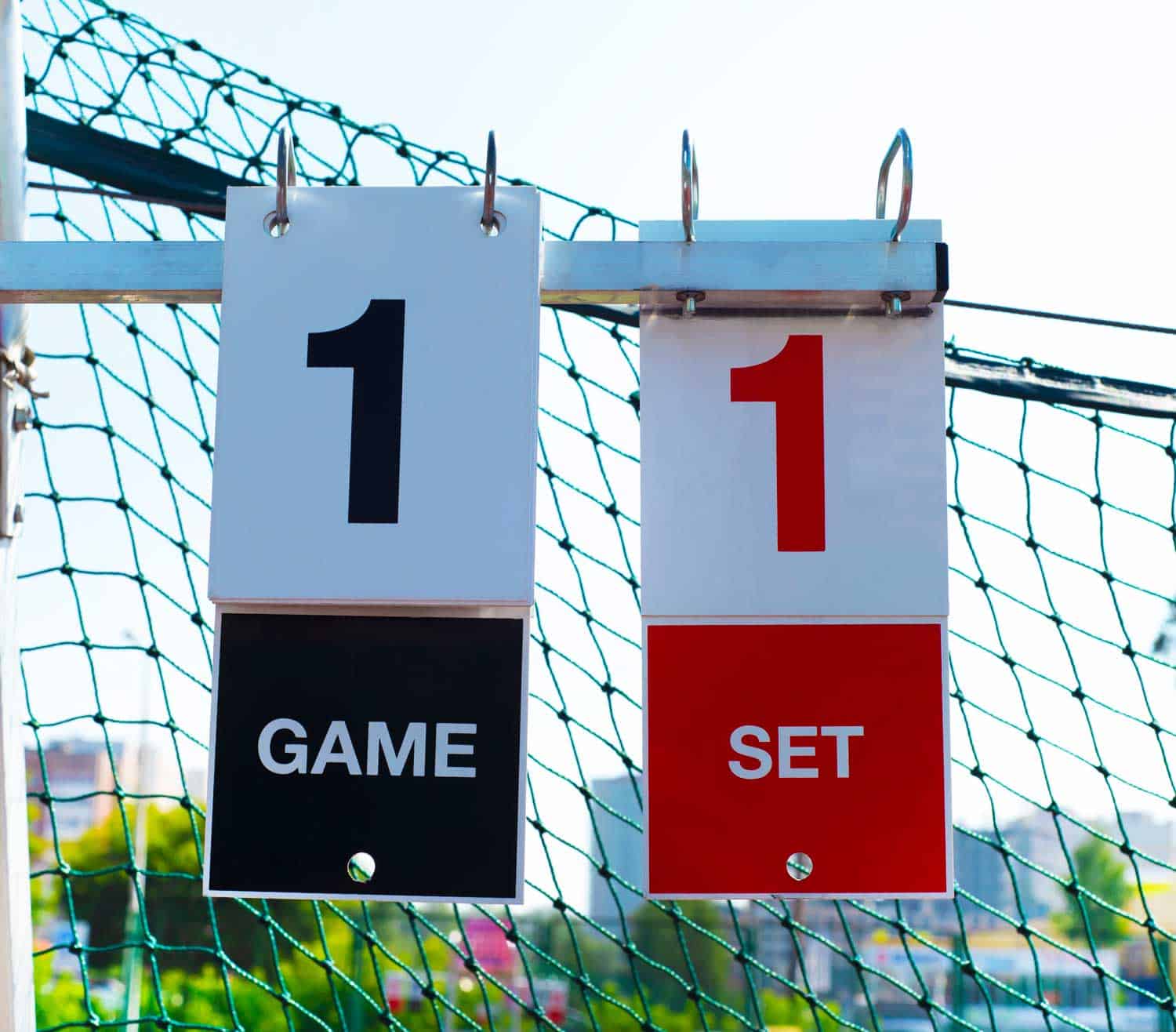 The first point in the game results in a score of 15. This is because the scoring of tennis is as follows:

Why Is The Scoring In Tennis So Weird?

Popular theories about the scoring in tennis refer to the game's history. When the game began in 12th century France, officials used a clock face to communicate the scoring, hence the jump from 15 points to 30 points.

The word love used as a tennis term might seem a little odd, especially since love means zero in tennis. After all, why would someone love having zero points? In reality, this term came from French origins.

You have surely heard of a zero being called an egg or goose egg. Well, the French term for egg is l'ouef. Therefore, calling zero points in tennis a love is similar to calling it an egg.

While you cannot win points that are worth more than others in tennis, you can strategize your gameplay so that you can earn more points during the game. Net points are a good example of creating such a strategy. They are not worth more than baseline points, but they put you in a position where you can earn more points in the game than you would if you stayed at baseline.

To learn more about tennis's setup and rules, take a look at these articles:

Why Does My Bowling Ball Bounce?

What Do You Need To Play Squash? [The Ultimate Gear List]

How Often Should You Practice Bowling?