The rules are different between high school, college, and professional football when games end in ties. You may wonder how many overtime periods a game could extend without determining a winner. We've researched whether football games can end in a tie for all levels of play to get the answer for you.

NFL pre-season and regular-season games can end in a tie if nobody scores during overtime. Post-season games must determine a winner to advance to the next round, so a tie is impossible. College football games cannot end in a tie since the rules changed in 1996. High school football rules vary from state to state, but post-season play will never end in a tie.

The purpose of playing a game is to find a winner, and on rare occasions, ties occur in professional football and high school football. Since 1996, ties do not occur in college football. All football levels have some form of overtime to extend the play for another quarter to determine a winner. Please keep reading as we discuss how different football levels determine the winner of a tied game and delve into football's history to learn how tiebreakers came to be. 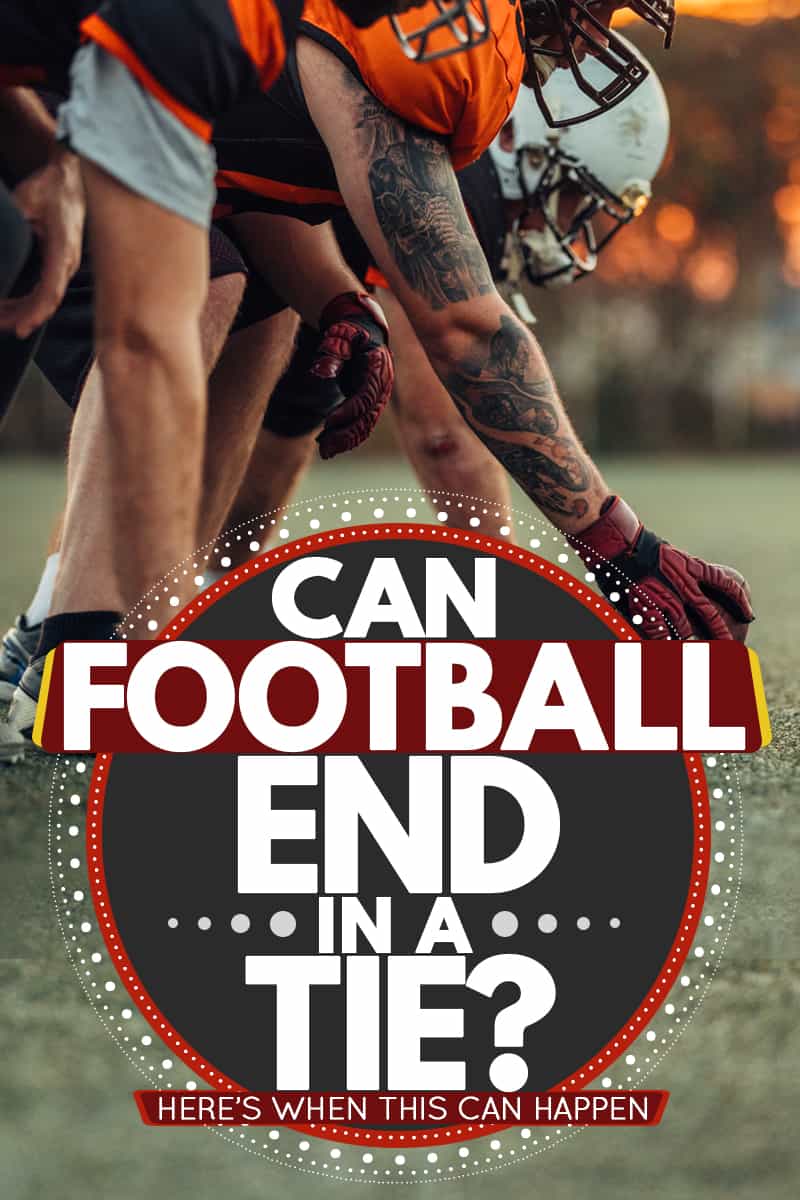 How Many Ties Have Occurred In NFL Games?

As of 2020, there have been 26 ties in the modern era since overtime was introduced to the NFL in 1974. This occurs when a regular-season game ties at the end of regulation play and goes into overtime. The overtime session was reduced from 15-minutes down to 10-minutes in 2017. Once the overtime session ends, and nobody has scored, then the game is designated a tie.

Some playoff games would have ended in a tie under the regular season rules of play. Since a winner needed to be determined, six games in NFL postseason history reached double overtime. These games are:

The longest game in NFL history was the AFC divisional matchup between the Miami Dolphins and Kansas City Chiefs in 1971. The game was a total of 82-minutes and 40-seconds of gameplay. This game exceeded the regulation, 60-minute length of NFL games. 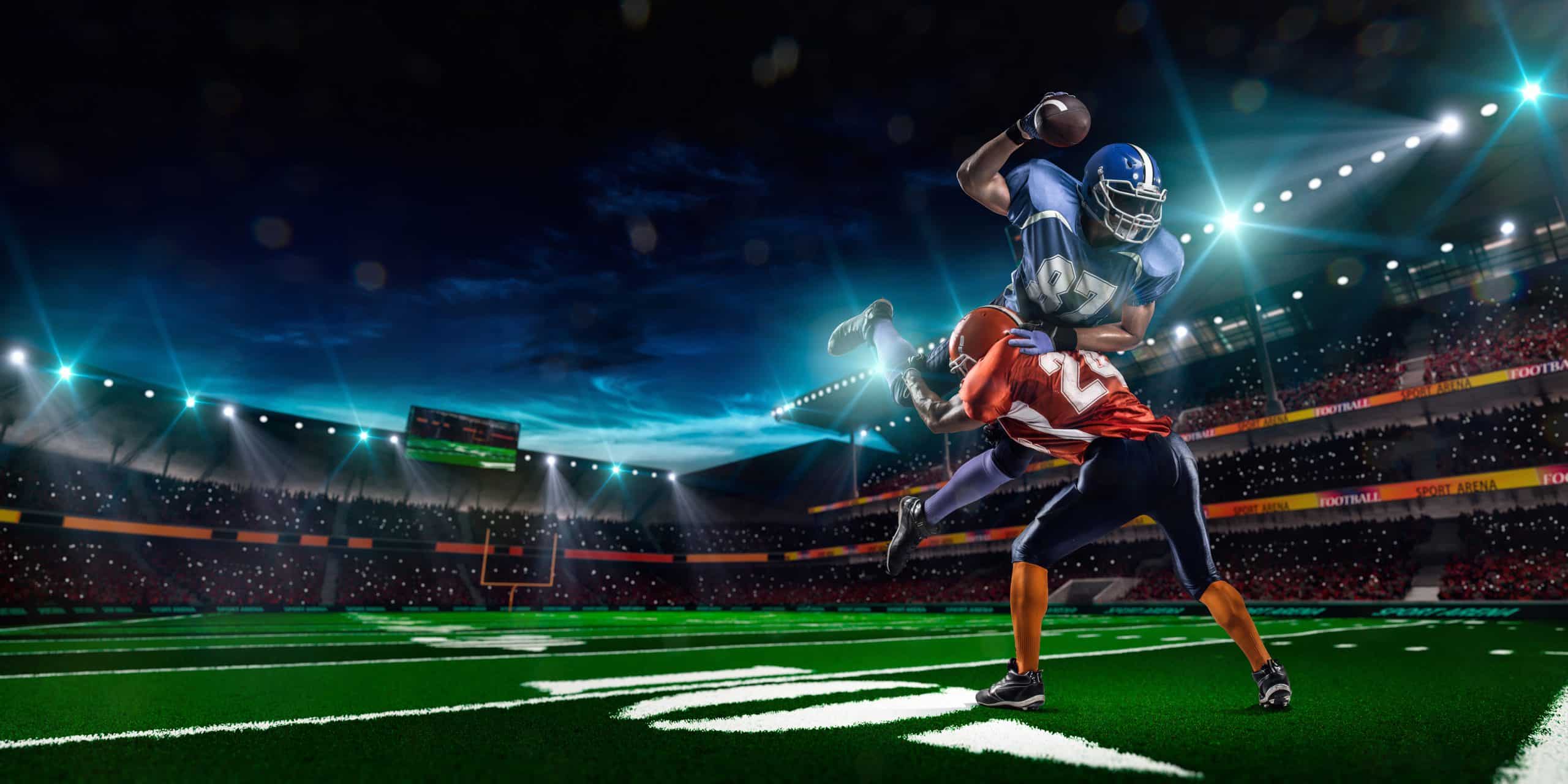 Can The Super Bowl End In A Tie?

The super bowl determines the NFL champion, so it cannot end in a tie. NFL games always go into overtime if tied at the end of regulation. The regular season rules are "sudden death," which means the first team to score any points wins the game. In 2010, the NFL made a rule change for the post-season, including the super bowl.

The rule allowed both teams to have at least one possession in overtime unless the team that wins the coin toss scores a touchdown on the first possession. In the playoffs and Super Bowl, the game will continue with multiple 10-minute overtime sessions until a team scores. Each team receives three timeouts per overtime quarter and no officiating challenges.

So You Think You Know Football: Guide To NFL Rules

Has The Super Bowl Ever Gone To Overtime?

Super Bowl LI (51) in 2017 was the only time the Super Bowl has gone to overtime. This was also the greatest comeback in the history of the Super Bowl. The New England Patriots trailed the Atlanta Falcons 28-3 but were able to tie the game at 28 at the end of regulation. The Patriots won the coin toss, drove the ball 75-yards, and scored on a two-yard touchdown run by James White.

When Did The NFL Introduce Overtime?

In 1974, the NFL introduced overtime to every game that ties at the end of regulation. Before 1974, any game tied at the end of regulation would be officially declared a tie game. Since 1974, there have been more than 570 overtime games in the NFL regular season. From 1974 to 2020, there have only been 26 tie games in the NFL. These tie games were played during the regular season because tie games are not possible in postseason play. 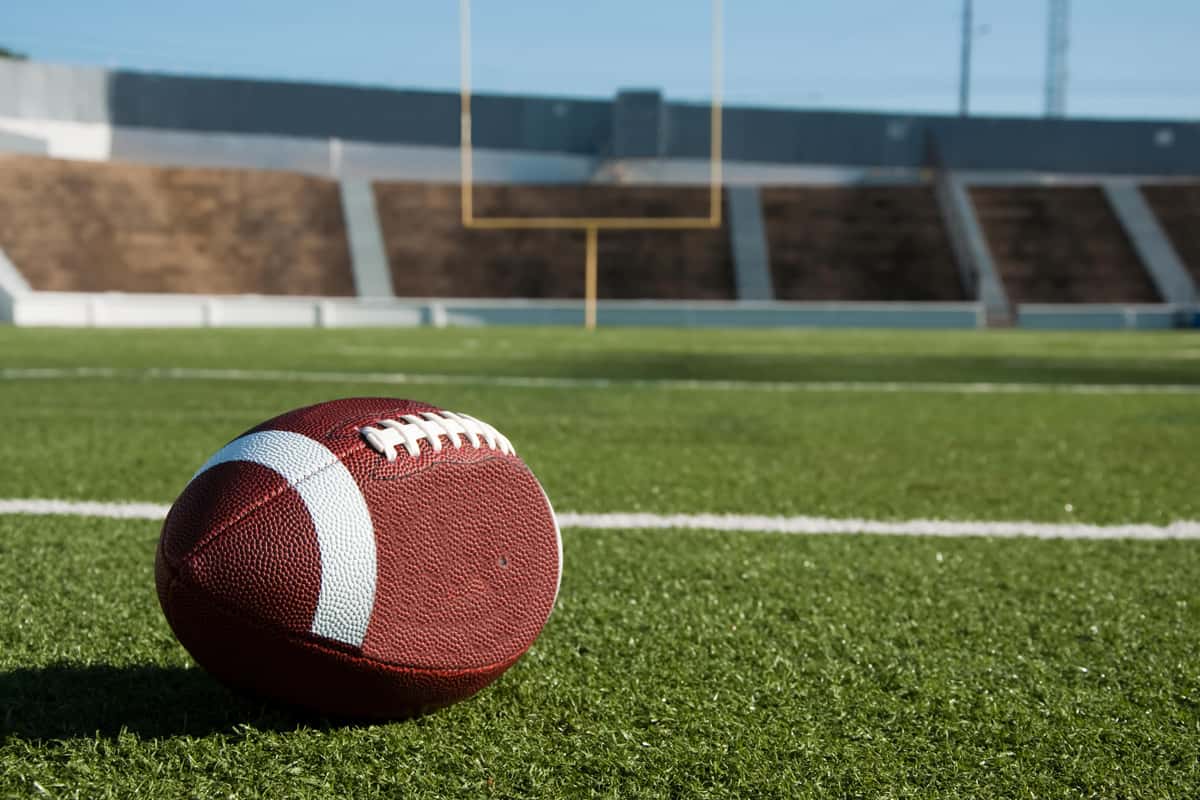 What Is Modified Sudden Death For NFL Games?

Sudden death was the rule of all NFL games between 1974 and 2010 when that rule was modified. Sudden death means that the first team to score points wins the game. A team can score a safety, field goal, or touchdown to end the game. Since 2010, modified sudden death has guaranteed the team that loses the coin toss will get possession if the other team does not score a touchdown. If the coin toss winning team scores a touchdown on the first possession, the game is over. After the initial possession, any safety, field goal, or touchdown will end the game.

There has only been one recorded NFL game tied at 0, and it was before the modern era. The game was in 1943 between the New York Giants and the Detroit Lions. This happened during World War II, so many players had been drafted into the war. Both teams were playing with fewer players. During this era, there weren't advanced drainage systems for football fields. This was a stormy day that caused muddy conditions on the field and affected the gameplay.

Augie Lio missed three field-goal attempts for the Detroit Lions, including one from only 15-yards away. Ward Cuff also missed one field goal attempt during the game. The war, the weather, and the lack of advanced field drainage systems created the perfect conditions for the only scoreless game in the history of the NFL.

When Did Ties End In College Football?

The rulebook changed in 1995 for bowl games and postseason games. The rules changed for all college football games in 1996. Unlike the NFL, college football overtime is not sudden death. Both teams are given ball possession for each overtime period. Each team starts from the opponent's 25-yard line.

If each team scores the same number of points, then it goes into another overtime session. There is no limit to how many overtime periods can occur. Starting with the third overtime session, each team must attempt a 2 point conversion after every touchdown.

Another rule change occurred in 2019. If no winner is decided after four overtime sessions, then each team will attempt a 2 point conversion for each overtime session thereafter.

What Is The Most Overtimes In College Football?

Since overtime was introduced in 1996, there have been five games that had seven overtime sessions to decide the winner. All of these games took nearly five hours to complete compared to the three hours and twenty minutes it takes to complete an average college football game that doesn't go into overtime. Here are the longest games in college football history:

Bowling Ball Finger Inserts Or Not? [Pros And Cons Discussed]

Tennis Shoes vs. Sneakers: Which To Choose?

How To Paint Football And Customize Gloves

Why Does My Bowling Ball Hook Too Much?