Tennis certainly involves a lot of sprinting, but does that mean this sport is comparable with regular running? Do all of these quick movements compare with standard cardio? Although running and tennis are often grouped together, many people still have questions about how these activities interrelate. If you’re curious just how much running a standard tennis player does, you’ve got to check out our research on this topic.

Tennis forces athletes to do a lot of running. While the distance tennis players travel depends on their playing style, it’s common for pros to run miles in one hour. Nutritionists also consider tennis to be a legitimate cardio exercise. Anyone who wants to get good at tennis will have to condition themselves with a fair amount of sprinting drills and long jogs.

Tennis is great for the heart...but it isn’t for the faint of heart! Since this sport requires so much running, players need sufficient stamina to handle each round. For more info on the relationship between running and tennis, please keep reading the details below. 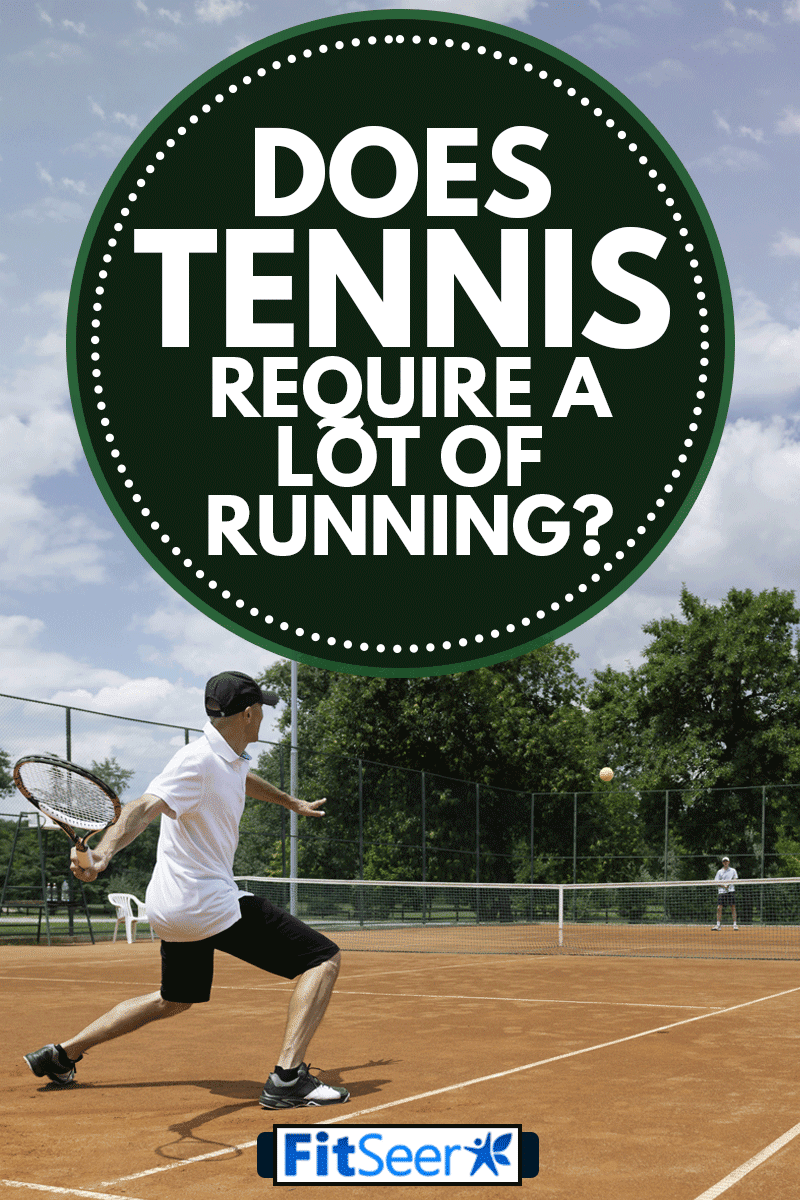 How Much Running Is Involved In Tennis?

It’s hard to get a precise number on how far tennis players run, but there’s some interesting data from a recent Fitbit study. According to Fitbit, most amateur tennis players run at least 10,680 steps in one hour of singles tennis. Those who play doubles, however, took 7,980 steps after one hour.

When you average these steps out, this gives a range of about 4 - 5 miles for the singles players. Double players could expect to run about 3 - 4 miles per hour.

Of course, dozens of variables could influence these numbers. For instance, when IBM tracked professional tennis players, they found athletes who gravitated to the baseline didn’t run as far as those who stayed in the back of the court. There’s also no correlation between how far a person runs and how well they perform. 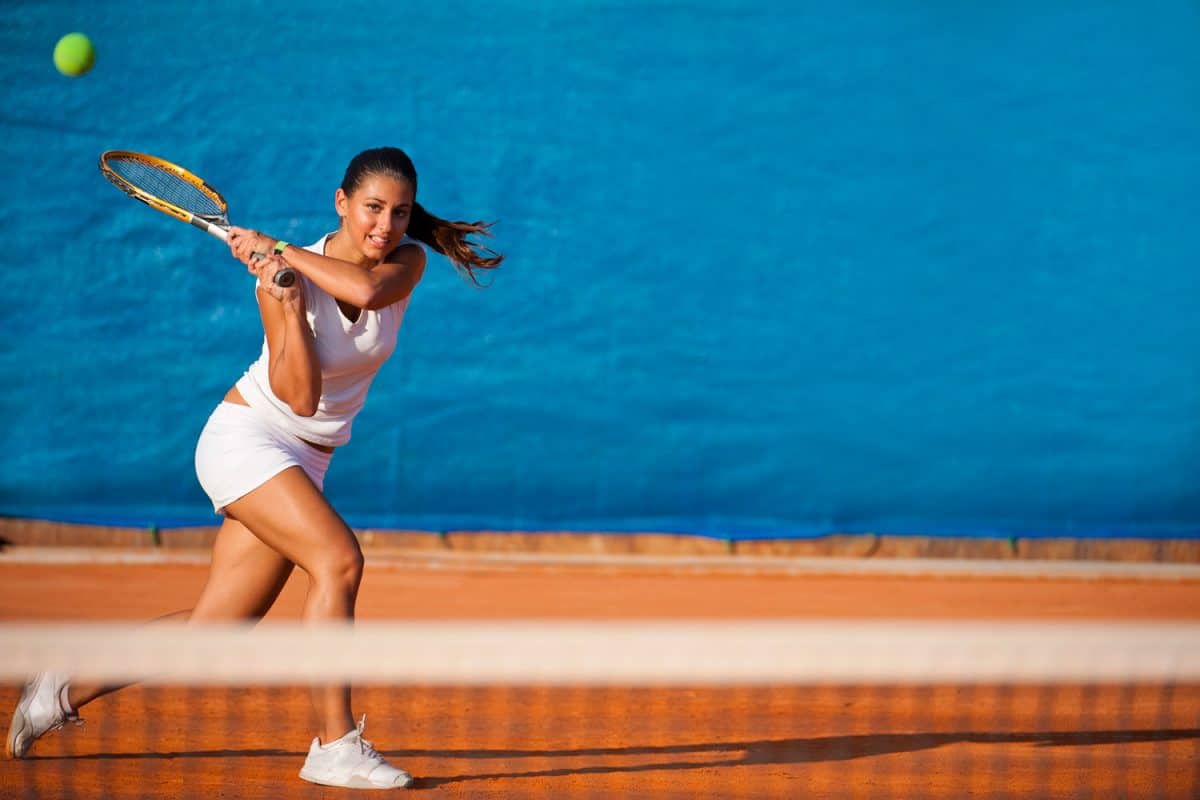 Interestingly, when analysts looked into female tennis players in 2014, they found Serena Williams ran less than Caroline Wozniacki—however, Williams won this tournament. As a side note, Wozniacki put all those running skills to good use when she completed a marathon!

Even though match lengths may fluctuate, there’s no question tennis players have to run a lot. In fact, doctors now classify tennis as a cardio exercise.

Do You Run A Lot In Tennis Practice?

Running drills are a standard feature in tennis training. However, since tennis requires players to sprint and run long distances, most trainers recommend adding variety to their running routine. You need to condition your body to withstand aerobic activity while also having the strength to follow through on sprints. 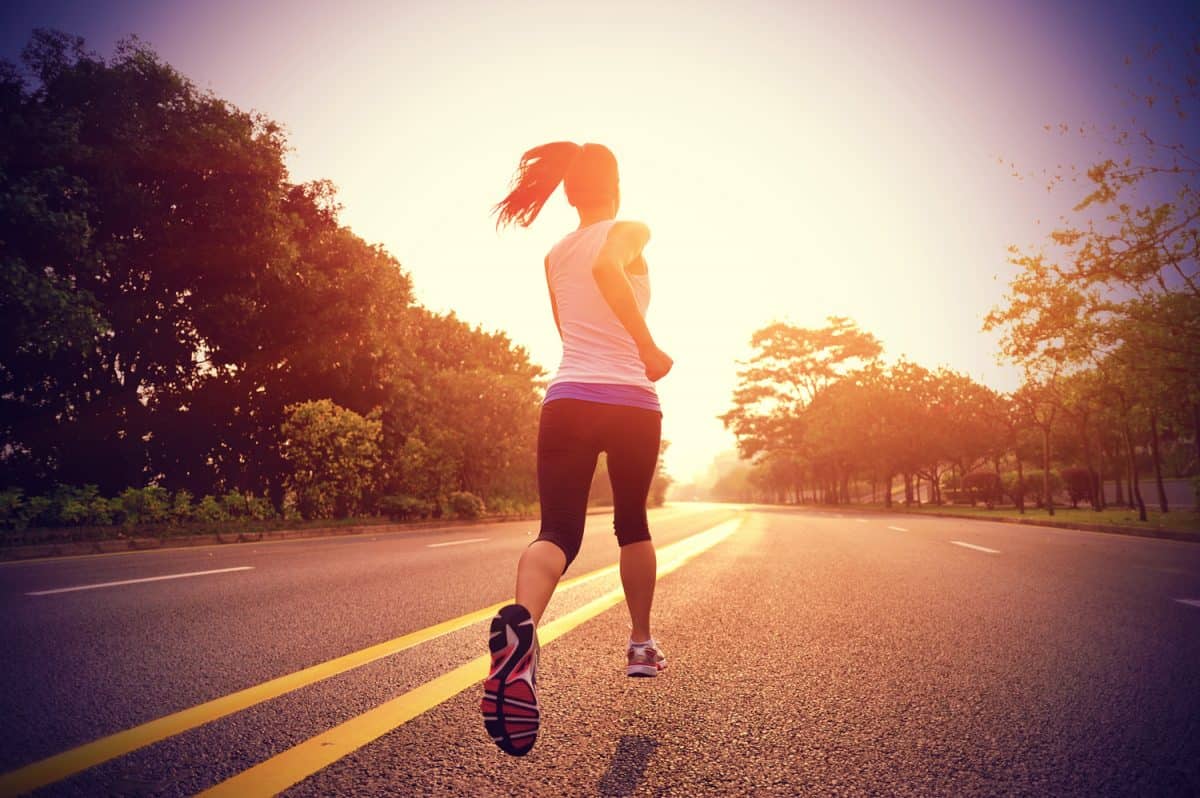 For all of these drills, it’s essential you have shoes that are sturdy, comfortable, and have a good grip.

If you’re unsure whether tennis is the right sport for you, please consider reading our recent post, “How Many Tennis Lessons Do I Need?”

How Fast Should A Tennis Player Run In A Mile?

Healthy adults should complete a one-mile run in about 9 - 10 minutes. If you’re not playing tennis professionally, this is probably good enough for a fun match with friends. However, pro athletes will have to do better than these numbers. 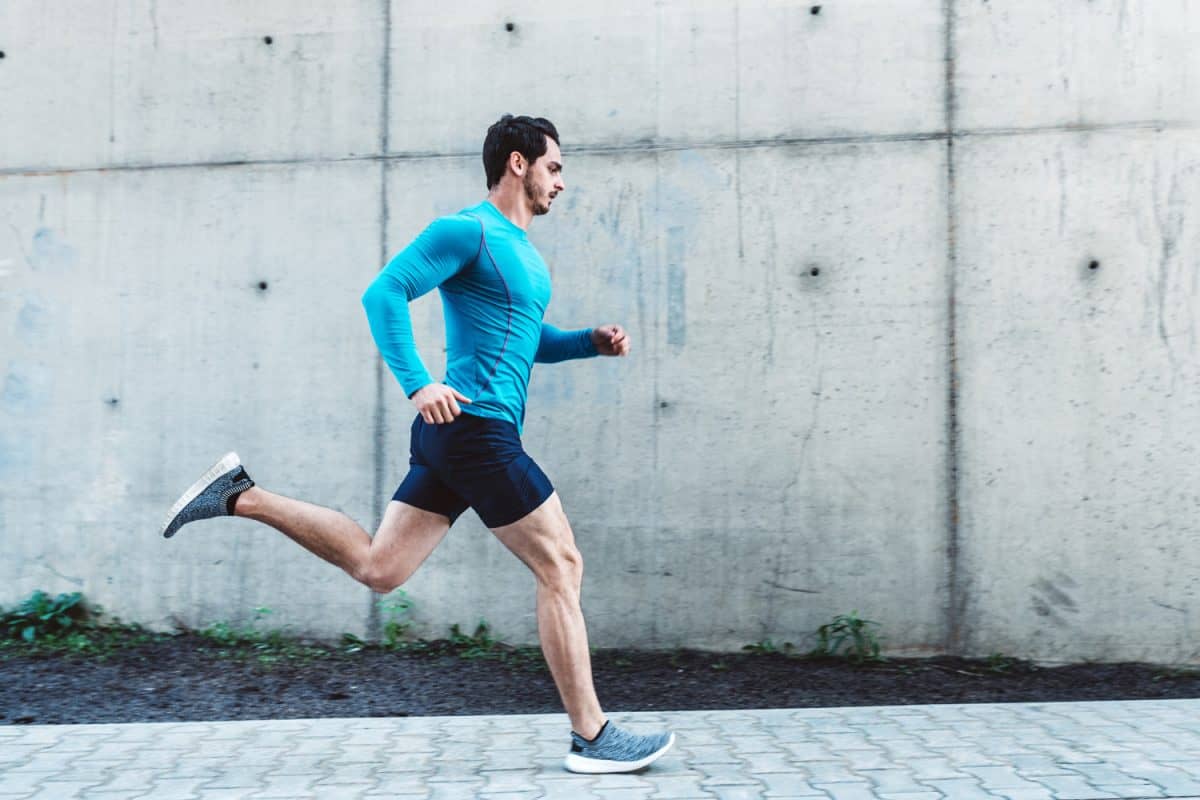 Most estimates suggest elite tennis players can complete a mile in 4 - 5 minutes. This short time proves an athlete is well-conditioned for the rigors of a major tennis battle.

Be sure to grab some sweatbands for all those running drills!

How Fast Can Serena Williams Run? 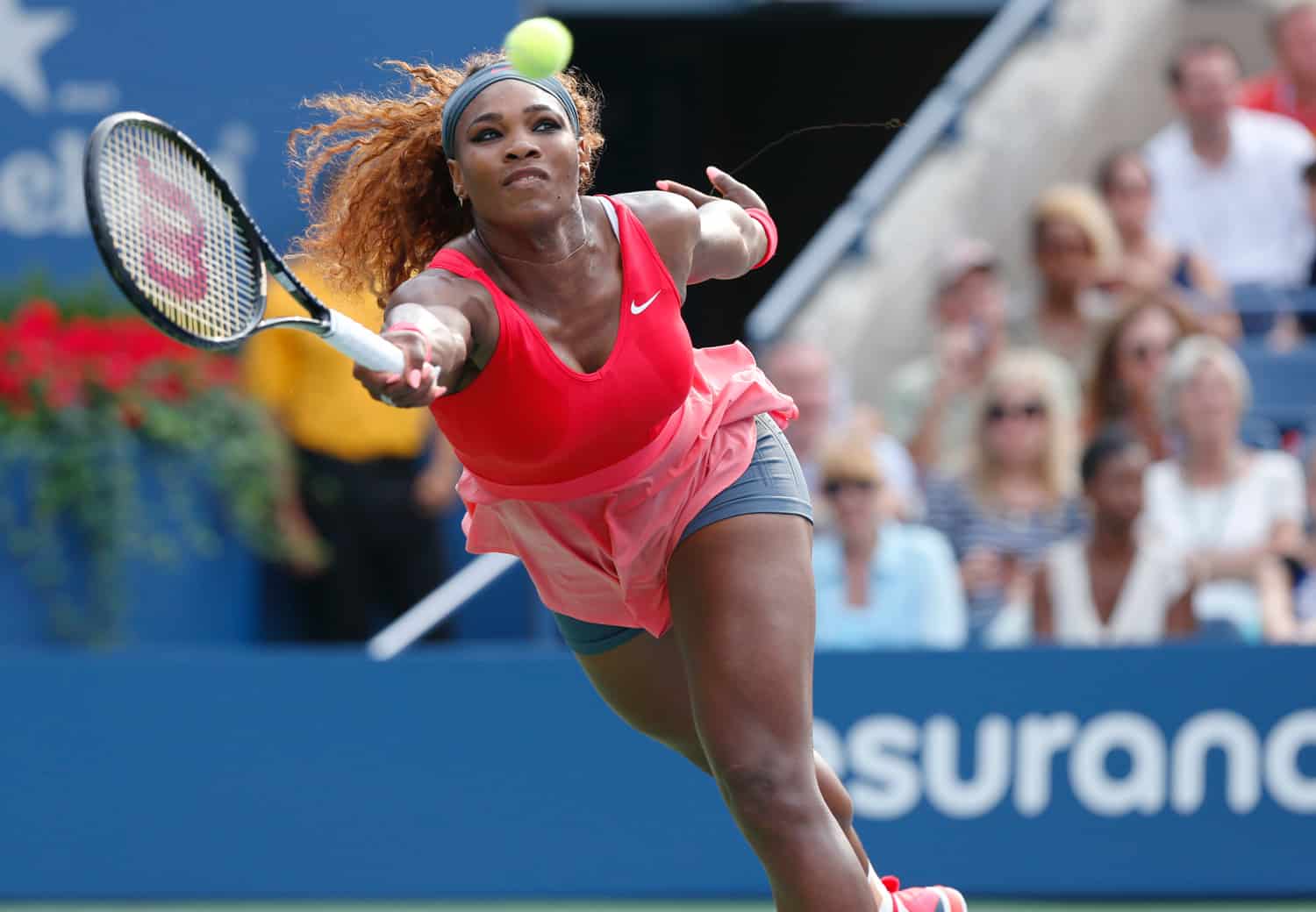 There’s a lot of speculation over how fast Serena Williams can run a mile. However, there’s no conclusive evidence on Williams’s average speed.

We do know that Serena Williams ran over 2.5 miles in her famous 2014 match with Caroline Wozniacki. There’s also evidence Venus Williams can run a 5K race in 31:47.

While nobody’s sure what Serena Williams’ running speed is, there’s no doubt she has one of the fastest serves in tennis. On average, Serena Williams can serve a tennis ball at 106 mph!

To learn more about Serena Williams’ incredible serve, you’ve got to watch this video:

According to new data, tennis has the edge over running. UK researchers recently analyzed the overall fitness of gym-goers versus tennis players. Interestingly, the tennis players seemed to have better BMI scores and upper body strength than people who just did cardio at the gym.

Since tennis is considered a whole-body workout, it seems to help sculpt muscles that running doesn’t target. The dynamic movements tennis players put themselves through improve body tone and, thus, musculoskeletal health.

However, there is a tradeoff. Since tennis calls for intensive sprinting, there’s a higher incidence of fractures or sprains—especially as you grow older. Runners have an easier time adjusting their workouts to suit their needs.

Please be sure to pick a sport that works best for your lifestyle. If you’re unsure whether tennis would be too intense for you, ask a doctor for professional advice.

Which Sport Requires The Most Running?

Arguably, soccer requires the most stamina for any professional sport. Recent estimates suggest soccer players have to run seven miles in one game. Depending on what position you’re playing, you could run as far as 9 miles in a soccer match.

Field hockey is another sport that requires a lot of running. On average, field hockey players run about 6 miles per match.

While few sports come close to soccer, it’s easy to see how running plays a crucial role in basketball. On average, b-ball players run around 2 miles per game.

Interestingly, there are only a few positions in American football that run over one mile per game. Unless you’re a wide receiver or a cornerback, it’s unlikely you will run anywhere close to a tennis player.

How Can I Run Faster In Tennis?

The best way to improve your speed in tennis is to incorporate sprint drills into your workout routine. However, these drills aren’t the same kind Olympic sprinters use. Since tennis requires agility and sharp lateral movements, you must ensure your exercises focus on proper footwork.

Never rush into a tennis drill without first mastering footwork technique. You may want to watch this video on footwork exercises before testing popular sprint drills:

The best place to practice sprint drills is on your preferred tennis court. After you’re warmed up, you could try a technique called “running the lines,” which involves backpedaling, side-to-side, and sprinting on all the tennis court’s lines.

Once you complete this first section, repeat the same structure at the service line. The movements are the same, except there’s less space to travel. It’s a good idea to do at least three repetitions of this all-court exercise.

There are dozens of potential sprinting drills you could use to improve your running skills. However, it would help if you worked with a coach who knows your weaknesses and fitness goals.

You could also check out the tennis-focused drills in this video for more inspiration.

Build Up Your Stamina With A Few Tennis Matches!

If you don’t like running, then tennis isn’t a great sport for you! Whether you play doubles or singles, it’s safe to say you’ll run over two miles during a tennis game. Since you’ll be doing so much footwork during your tennis game, you’ve got to ensure your shoes have superior grip. For more info on choosing the right tennis shoes, be sure to check out our post answering the question, “Are Tennis Shoes Non-Slip?”

Do Basketball Shoes Make You Taller? [The answer may surprise you!]

How Many Ski Lessons Does A Beginner Need?

What Do You Need For Pilates At Home? [The Complete List]

What Sizes Do Pilates Rings Come In? [With Tips On How To Pick The Right Size]