Is your tennis net sagging in the middle, and you don't know why? Look no further! We researched to find detailed information about why the tennis net sags. But also stick around to understand why too much sag will negatively affect your gameplay.

The official rules of tennis state that the middle of a tennis net must be three feet tall, which is slightly lower than the poles that hold it up. The reason for a slight sag in the center is for gameplay. Ultimately, a lower-middle makes it the easiest part of the net to get over, while the sides are considered harder since the net is taller there. This invites strategy and development of skill into the game.

Read more to understand how the height of the net impacts strategy and skills and why too much sag negatively impacts the game. You'll learn about the net's height difference and the poles that hold it up while understanding the importance of this difference. It's time to learn and change your game for the better! 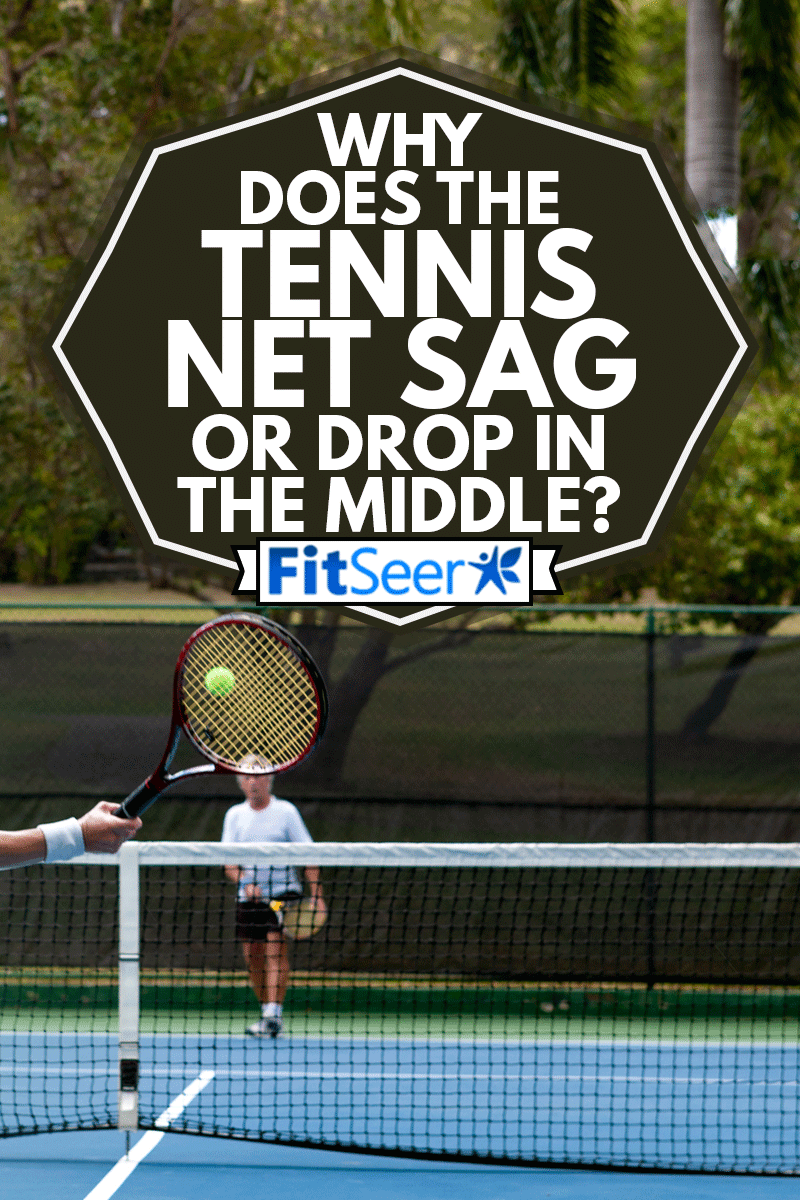 What Height Should A Tennis Net Be? 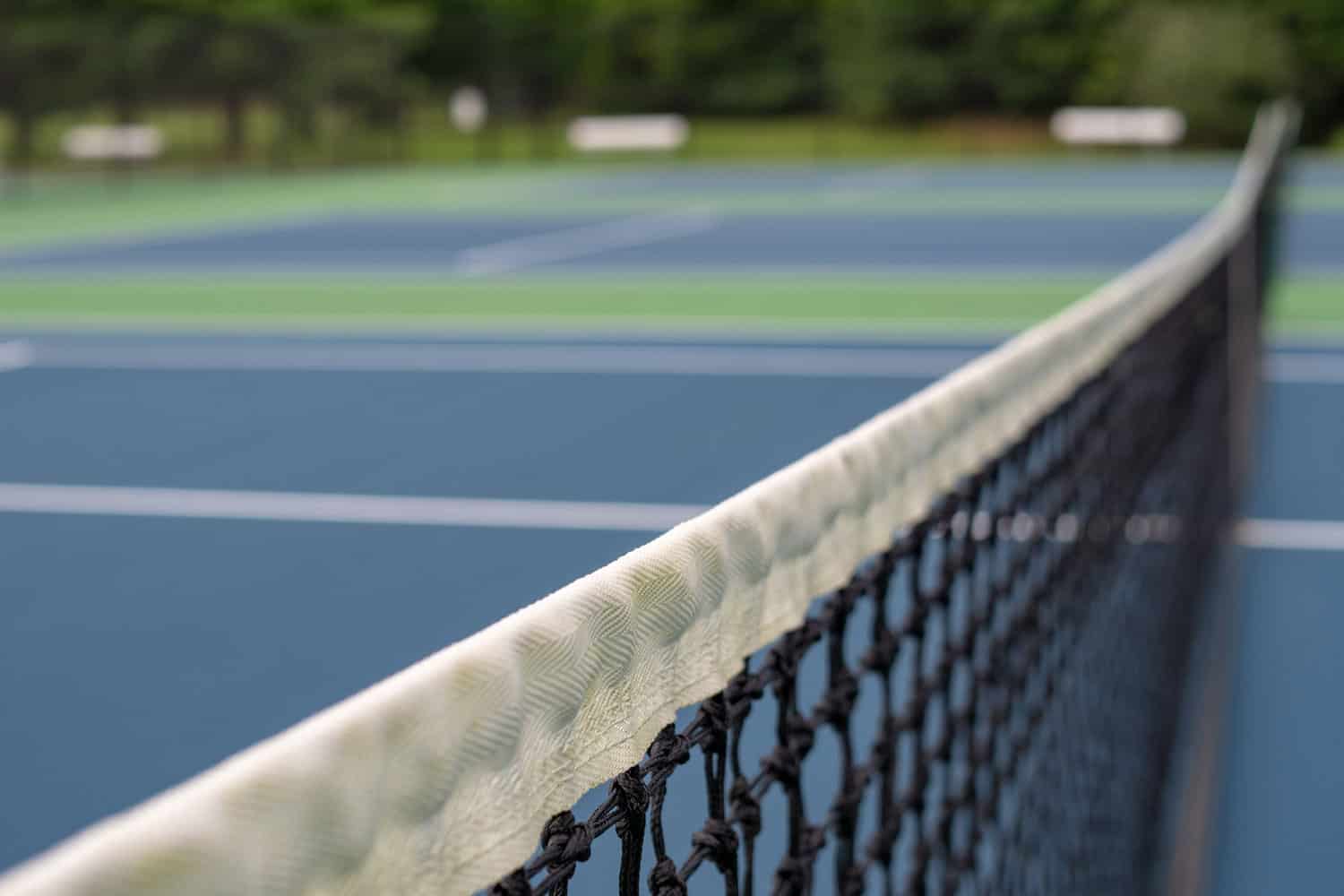 First of all, knowing the specifics of the net is essential to understand. As stated above, a tennis net is three feet high; it is the lowest part of the net. The net is held together by two posts that stand at three feet and six inches. That six-inch difference between the height of the middle of the net and the posts' height creates the natural sag that is standard in a tennis net.

Why Does The Net Sag?

The natural sag in a tennis net is there, so people employ a strategy. If the net was the same height all across, then every shot would have the same potential to score. There is a reason why people tend to serve across the middle and hit cross-court shots; those are more likely to go in because the next is slightly shorter there.

For example, if the net was the same height all across, then a cross-court shot, and down-the-line shot would match with ease. People would waste no time going right for the fast shot the clips the line, and games would be over before you know it. Whereas with the sag in the middle, cross-court shots are easier to achieve, which is why you see professionals rally that way until one decides to go for the killer line shot.

While some sag is standard for tennis, too much sag will negatively impact the game and people's skills. That is addressed in the next section, so read below to learn why the improper amount of sag will disrupt true gameplay.

How Too Much Sagging Net Can Affect The Game

There are two major reasons why playing with a sagging net is not ideal for overall gameplay:

Now, you may be asking yourself, how exactly are these two so? To see how the game is affected and how your personal game is as well, continue reading!

When a net sags/drops, it creates more potential for a ball to get over. Your objective in tennis is to get the ball back over and keep it in play. You want to outsmart your opponent with skills and technique. If the net is sagging, then balls that would not make it in the first place will go over, altering a game's outcome.

We've all been on the receiving end of/have seen those trick shots that clip the top of the net but manages to go over. Now imagine someone doing that, but on a sagging net. While you may get excited if the plays are in your favor, you'll be mad/disappointed if you're on the receiving end.

Ultimately, let's say two shots in a game are due to getting by the sagging part of a net, then that's two points that are flawed. In a game with a proper net, the same person would've hit that into the net and lost the point, but now they've won the game, and who knows, maybe the set too. So these 'faulty shots' altered the outcome of the game.

On a more personal level, your stroke is affected. Pros/tennis coaches always say it is better to miss long than in the net. If you're playing with a sagging net and shots that shouldn't go over the met do, then you won't see the error with your stroke. You'll like that your shot went over but miss the point that it shouldn't have in the first place.

Losing points by hitting balls into the net is not a great feeling, but as tennis players, people learn from these errors, so they don't make them in the future. If you're playing with a dropping net, then you won't learn. You may bask in the glory of gaining a point that shouldn't have gone to you, but you won't learn. If you're always playing with a faulty net, you will see the faults once you play on a proper net.

How Do You Set Up A Tennis Net?

First of all, please note that this step-by-step guide starts from the point of the posts already being set up in the court.

If you are more of a visual learner, check out this quick and efficient YouTube video that goes through how to set up a tennis net. It starts with taking an old one down. So if you are in the same position, that will be helpful. If you don't have to take an old net down, then you can skip to a minute and 15 seconds. That's where the video gets into putting a new one up.

How Long Is The Net In Tennis? 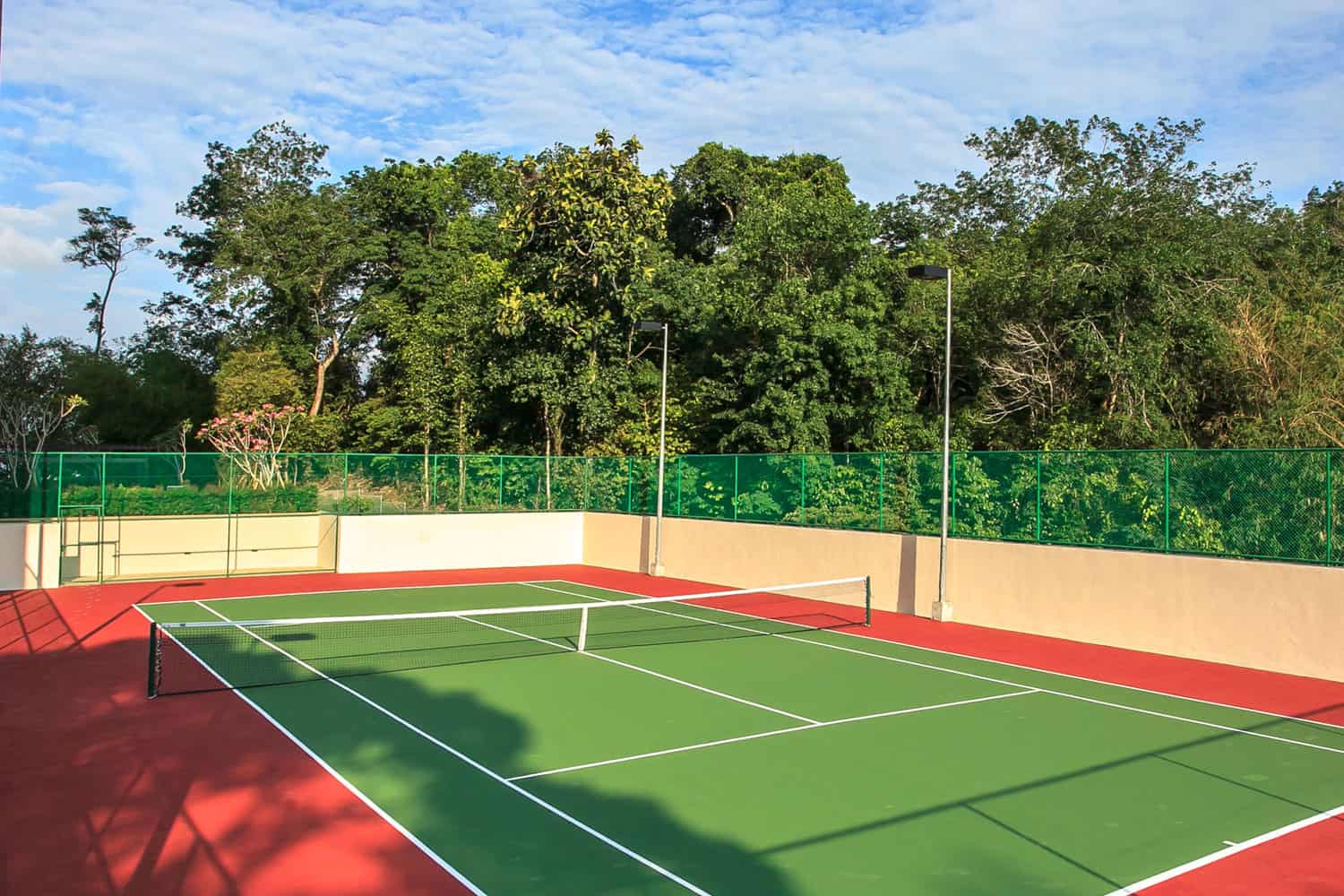 In tennis, net posts are 42 feet apart in the court's center to create even halves. A full-court, doubles included net is 36 feet. It is best to have the net be six feet long in total.

There is a difference between a singles match and a doubles match. The 36, 42 numbers above correlate to a doubles match. But when people are playing singles, the court that is in play is 27 feet wide. In the case of a singles match, the net is 33 feet in length. It is still an extra six feet, but it is not as long as the net for doubles.

Now that you are aware of why a net naturally sags in the middle and the dangers of a net having too much sag, play smart and enjoy the game.

For other tips about strategy in regards to equipment when playing tennis, check out these three articles:

Do You Need Cleats For Softball?

How Much Does It Cost To Put A Basketball Court In A Backyard?

How Do Football Fields Stay Green?