Tennis is a fun sport, but there is a lot to the game of play. For example, how many games are there in a set? Let's take a look for a better understanding of the game.

A player needs to win six games by two in a tennis set. However, if the set is tied 6-6, a tie-break game will play. The winner of the tie-break games wins the set.

Tennis doesn't have to be played by the rules to have fun, but if you want to play by the rules, it is good to be aware of how many games are in a set. In this article, we will take a closer look at the rules of the game of tennis. In addition, we will answer other frequently asked questions about tennis, so read on! 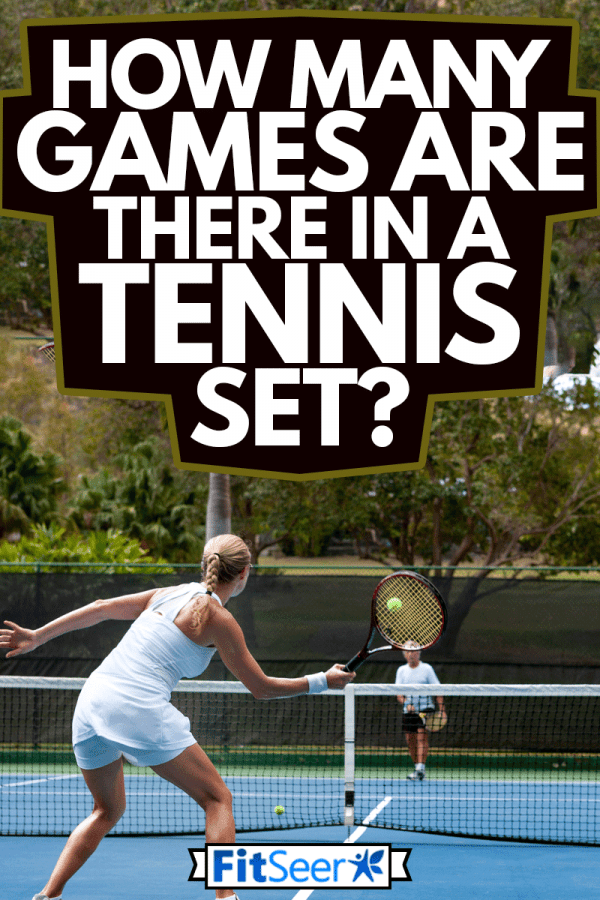 Tennis is a sport that is typically played with a partner. One person serves the ball to the other, then hits the ball back and forth until one person misses the ball. The game aims to hit the ball in a way that your opponent cannot return it.

However, the game consists of sets and matches when played by league rules. Specifically, a tennis match will play one of three different formats: best-of-three set matches, best-of-five-set matches, and a final set of a tied score of six games.

Several games can be played in a set, with the first player to win six games taking the set. However, a player must win by two games to take the set.

As you can see, a total of 13 games played is possible in one set. However, a set can be a minimum of six games played. Therefore, the duration of a set will is determined by how many games are played. 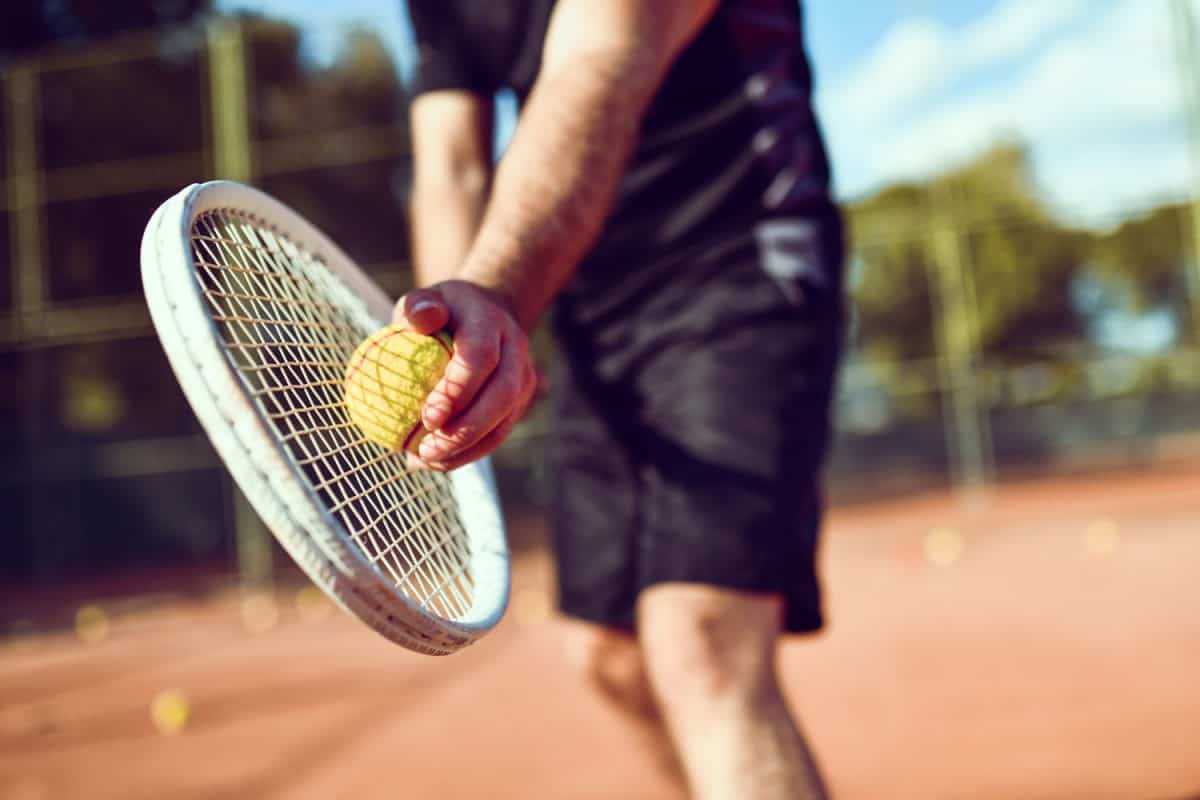 How long does a tennis set last?

If a set goes to a tie-break, then you can expect it to last a total of an hour. However, the site can be longer or shorter depending on the time between each volley and the games played. If it is a short set, then it could only take twenty minutes from start to finish before determining a winner.

What is a pro set in tennis?

Although it is called a pro set, it is typically played in JV and varsity levels. There is only one set in a pro set, and the first player to win eight games by two wins the game. However, if there is a tie at 7-7, the player wins the next game [first to 8] wins the set.

How many sets does a player need to win a typical tennis match? 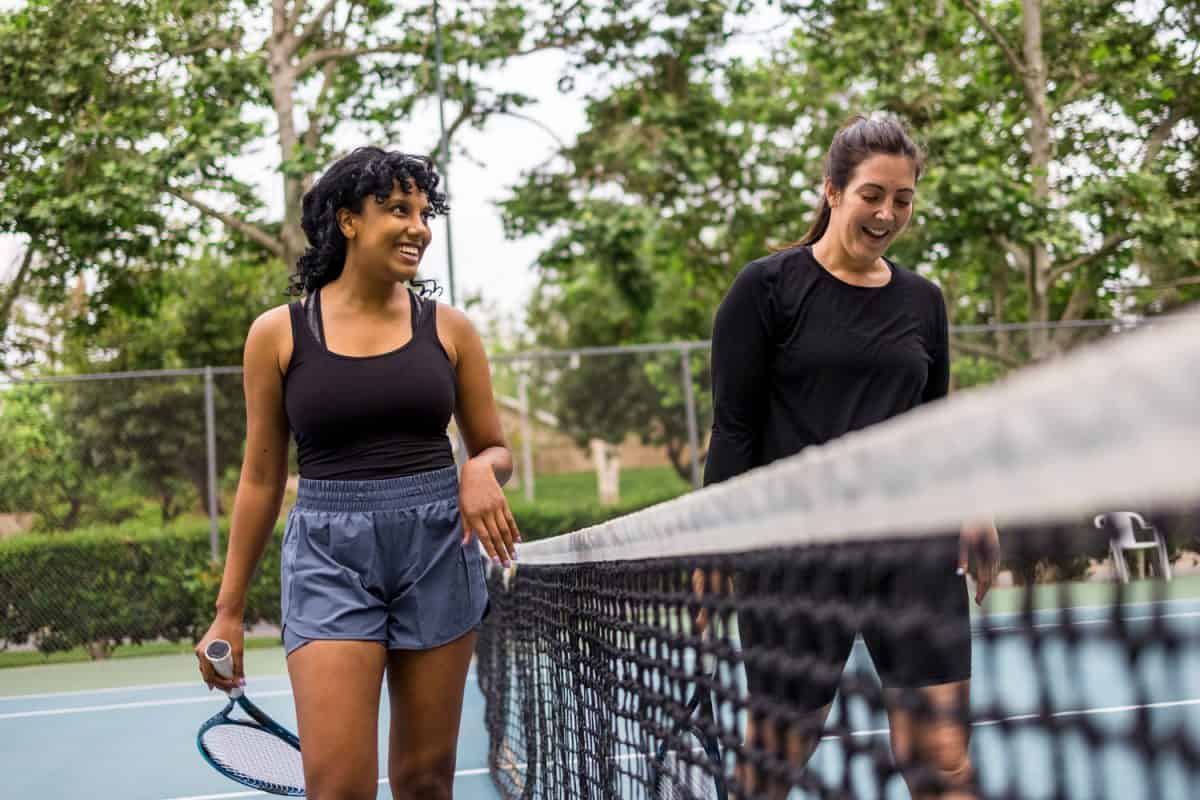 As mentioned earlier, matches are played in a best of three or best of five formats. This means singles or doubles will need to win two or three sets to win the match.

In Grand Slams, men usually will play best of five sets to win a match. In women's play, it is best of three sets. In doubles play, sets are played with the team winning best of three.

How long is a tennis match?

The length of a tennis match has variables. First, it will depend on if it is best of five or best of three sets.

For the best of three, it can last on average 90 minutes. In comparison, a best of five matches can last almost three hours.

Which is the longest tennis match ever played?

At the end of the match, John Isner has deemed the victor. 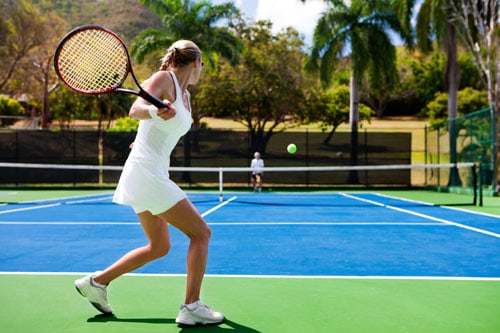 What is the quickest tennis match in history?

The fastest tennis match ever played only took 18 minutes. Jack Harper beat J. Sandiford in two sets 6-0, 6-0. The record still stands, and the closest to it was by Margaret Court vs. Darlene Hard, which lasted 24 minutes.

Do I have to follow the rules to play tennis?

Remember that the tennis rules are necessary to keep the game fair for everyone, so it's very important to know them. Tennis can be physically exhausting, but if you're playing by the rules, every player has an equal chance of winning, regardless of their experience.

However, if you are looking for exercise and fun, you don't have to follow the scoring rules. You could play for fun, or you can learn the game and keep the score simultaneously. Most towns and cities have a public tennis court where you and a friend can play.

In addition, you can work on your serve by yourself. However, if you want to work on your technique, then having someone to play with is helpful. You can play against yourself by picking a spot on the wall to hit.

You can also work on your backhand and forehand techniques. Or practice volleys and overheads shots with a friend. Practice makes perfect, so feel free to play for as long as you'd like! 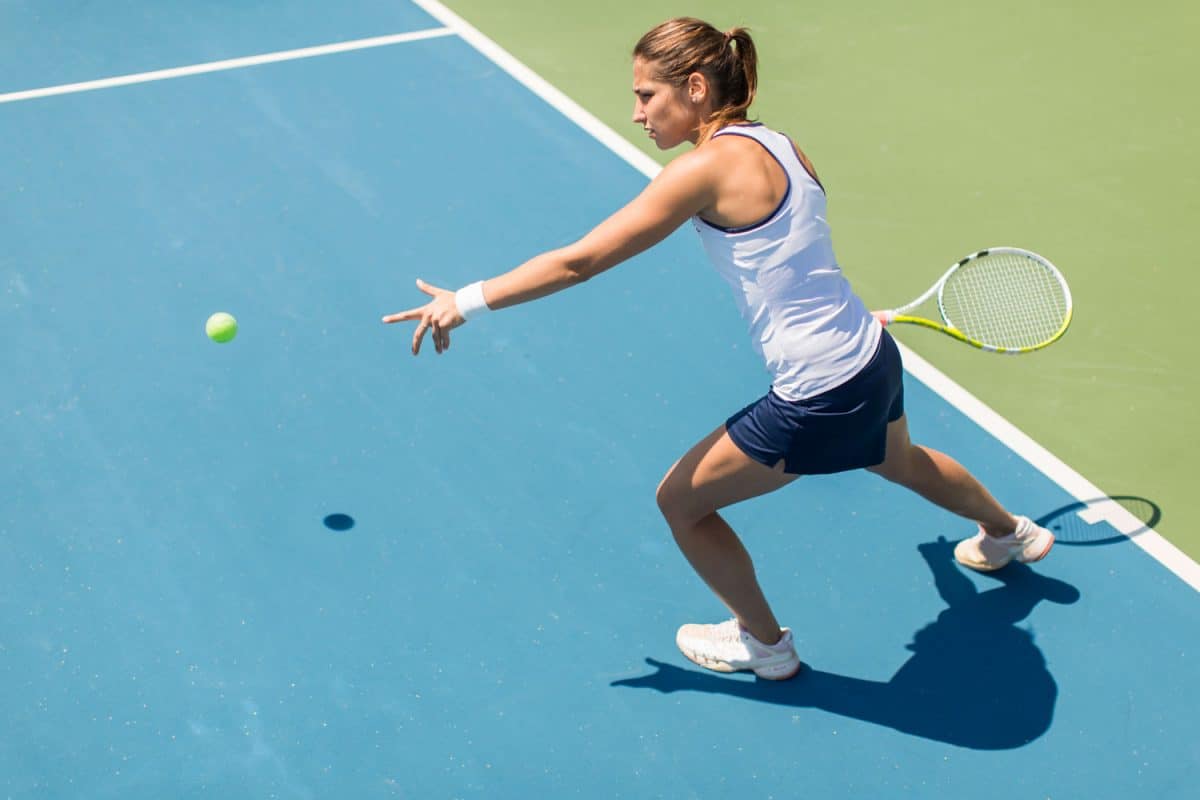 How is a tennis game scored?

A tennis game is scored differently than sports such as baseball, basketball, and soccer. In tennis, the scoring is 0, 15, 30, and 40, with the next score winning the game.

However, if the opposing players tie at 40 to 40 or 40-all, then the next player to win by two wins the match. Therefore, the game will continue until this happens.

At that point, the games return to zero, and you repeat it all over again until the end of a set.

Who has won the most tennis matches? 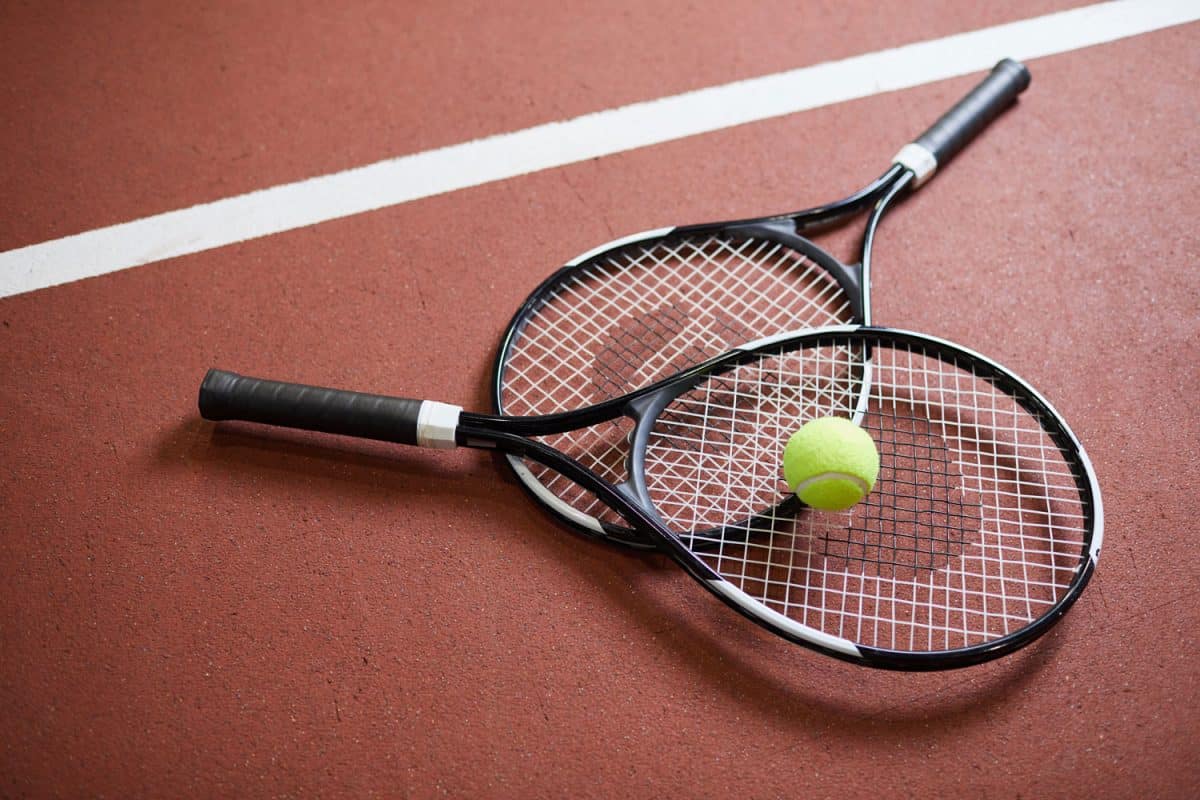 When it comes to the most tennis matches won, Jimmy Connors takes the title with 1,274 wins. Roger Federer came second in this category also with 1,251 matches won.

To play this many tennis matches takes an immense amount of training and preparation. Getting to the pro level takes a lot of work and talent.

Why do you say "love" in tennis?

You will often hear the word "love" come up during play if you are playing tennis. This is not just because it is easy to say during a game!

As mentioned earlier, when a player scores no point, they will say "love." In other words, "love" means a score of zero by a player. The term has been used since the 1800s, and there isn't any apparent reason why it is used.

There is speculation that the term is used to say, "love of the game," even though the player is losing. Guess you can say it is a sportsman's like way of calling the score! 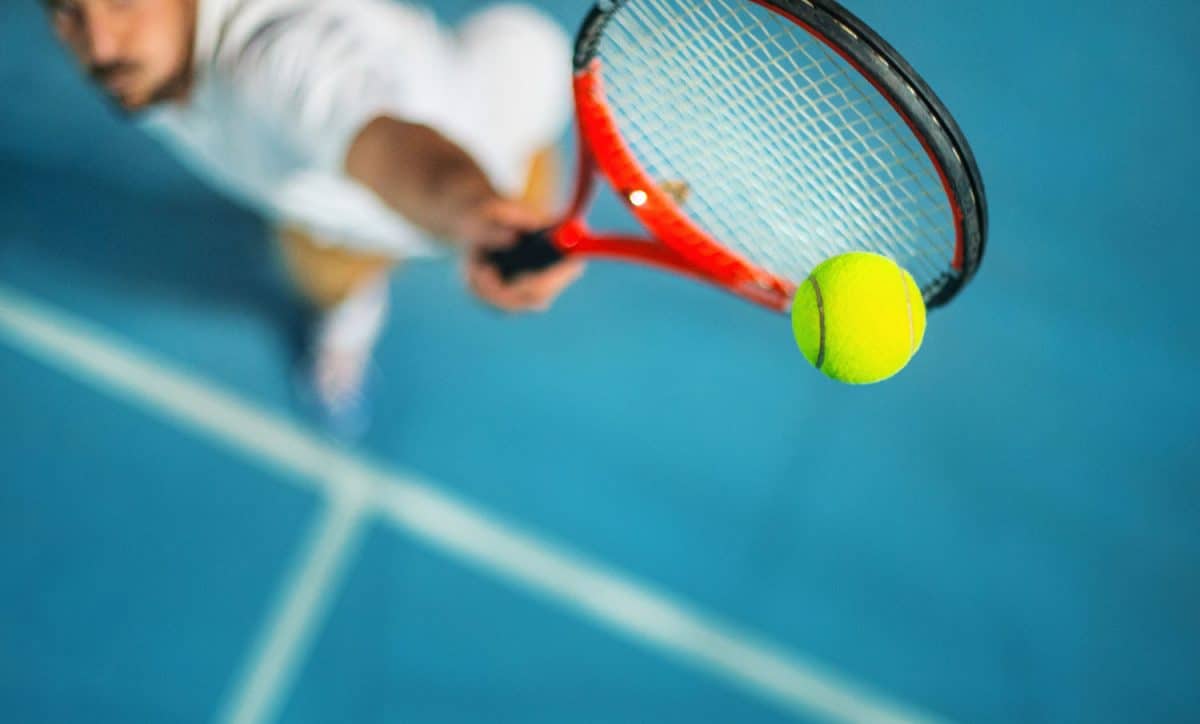 The length of a tennis match can vary, but one thing is for sure: all matches are exciting. Whether it is the longest or shortest match in history, both players should be congratulated equally for their efforts and skills on the court. In addition, if you want to play tennis at a public park, then don't feel obligated to follow the rules exactly if you don't want to!

Remember, you don't have to be a pro athlete to enjoy this sport! You can watch it, play it, or attend any number of tournaments going on around the country every year.

Can You Use A Softball Glove To Play Baseball?

15 Types of Bowling Balls Every Player Should Know

Do Arm Sleeves Help You Shoot Better In Basketball?